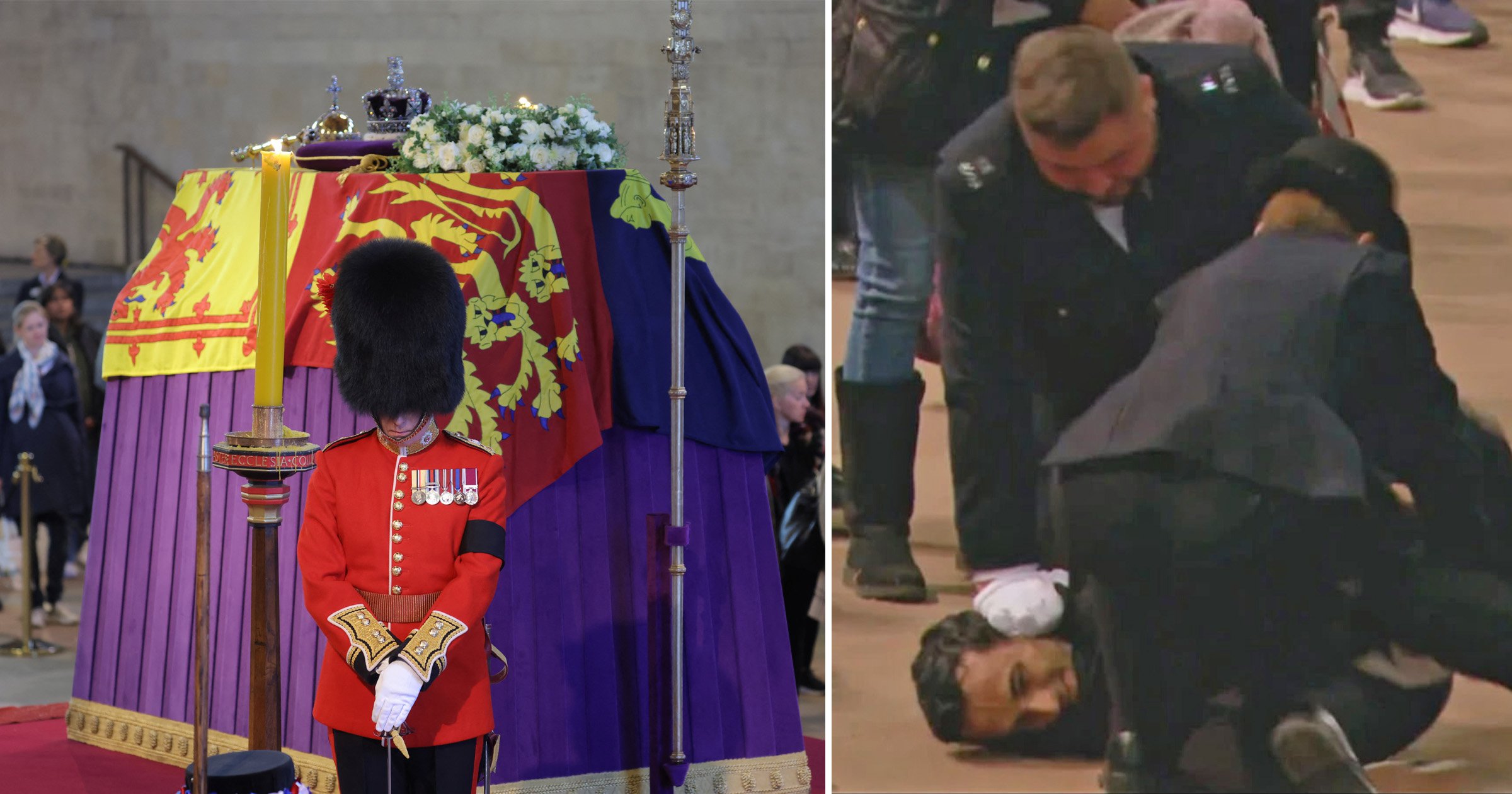 A 28-year-old man has been charged with a public order offence after allegedly lunging at the Queen’s coffin.

The incident occurred at around 10pm on Friday, with the live feed from inside Westminster Hall cutting away for a brief period.

When it re-started, the Royal Standard flag draping the coffin appeared to have been moved.

A parliamentary spokesperson later said a member of the public moved away from the stream of mourners quietly filing past and ran toward the Catafalque.

On Saturday night, Scotland Yard said Muhammad Khan, from Tower Hamlets in east London, has been charged with an offence under Section 4A of the Public Order Act – behaviour indenting to cause alarm, harassment or distress.

He will appear in custody at Westminster Magistrates’ Court on Monday, September 19, the day of Her Majesty’s state funeral.

The Metropolitan Police said in an earlier statement: ‘Around 10pm on Friday, September 16, officers from the Met’s Parliamentary and Diplomatic Protection Command detained a man in Westminster Hall following a disturbance.’

‘He was arrested for an offence under the Public Order Act and is currently in custody.’

Can you watch Prince Harry’s NBC TODAY interview in the UK?