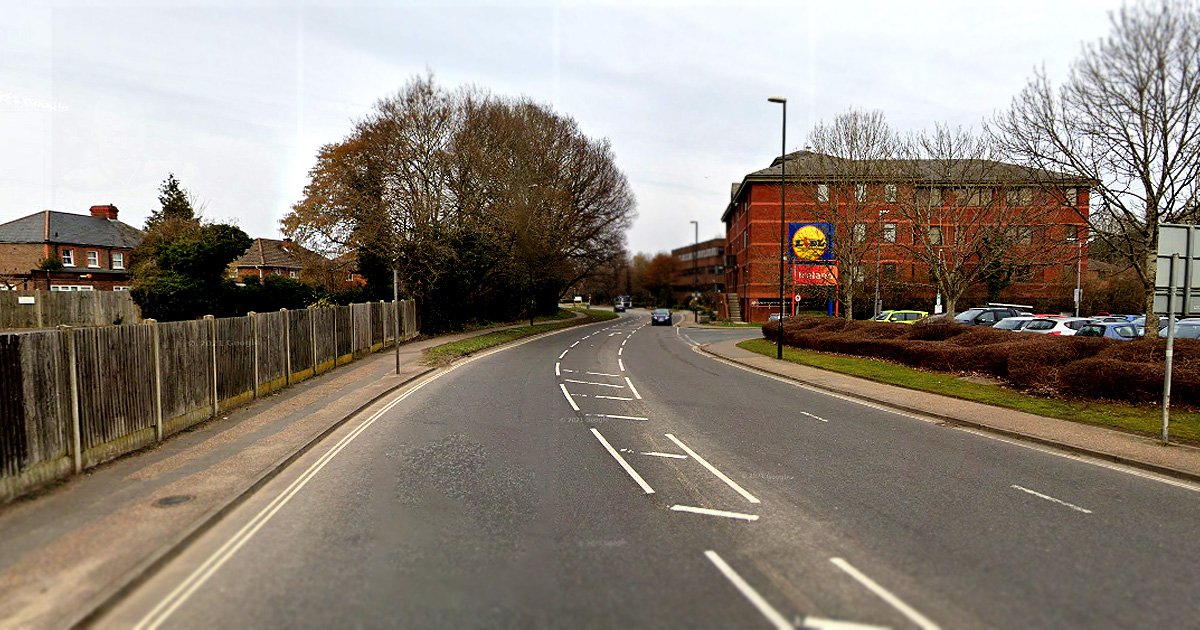 A chef has been charged with impersonating a police officer and kidnap with intent to carry out a sex offence in connection with the alleged abduction of a teenage girl.

David Peter Young, 32, will appear at Brighton Magistrates’ Court on Saturday over the incident, which took place in Crawley on Wednesday morning.

The complainant, a 14-year-old girl, reported being approached by a man wearing a yellow hi-vis jacket as she walked to school in the Three Bridges area.

He is said to have taken her away from the road to a secluded area nearby and searched her clothing, before leaving the scene on a bike. The girl was unharmed and is receiving support.

Young, from Ifield in Crawley, has been charged with offences including kidnap with intent to commit a relevant sexual offence, kidnap, and impersonating a police officer.

Superintendent Marc Clothier said: ‘We want to reassure people we have not received any similar reports at this time and there is no current risk to anyone in the community in relation to this case.

‘You will see more uniformed patrols in the area and we encourage you to stop and talk to us if you have any concerns.

‘If you have any information that would assist our investigation, please call us on 101, quoting Operation Lonsdale.’

It follows concerns being raised around women being approached by lone police officers following the murder of Sarah Everard by Wayne Couzens, a former policeman.

Sussex Police said if this scenario happens, officers should be asked to use their police radio to contact their operator and confirm their identity.

The advice says: ‘We understand some people may want additional reassurance when interacting with a lone police officer and when you are alone.

‘If this is the case, genuine officers can use their police radio on loud speaker to talk to the operator in the police control room.

‘The operator can confirm the identity of the officer, that they are on duty and carrying out legitimate policing business.

‘You can also ask a passer-by to observe. Off-duty officers intervening in a crime in action or where someone is vulnerable, and not carrying a radio, will quickly call 999 for back up.’

Teaching unions tell PM: Do your duty and close all schools in England to limit COVID threat