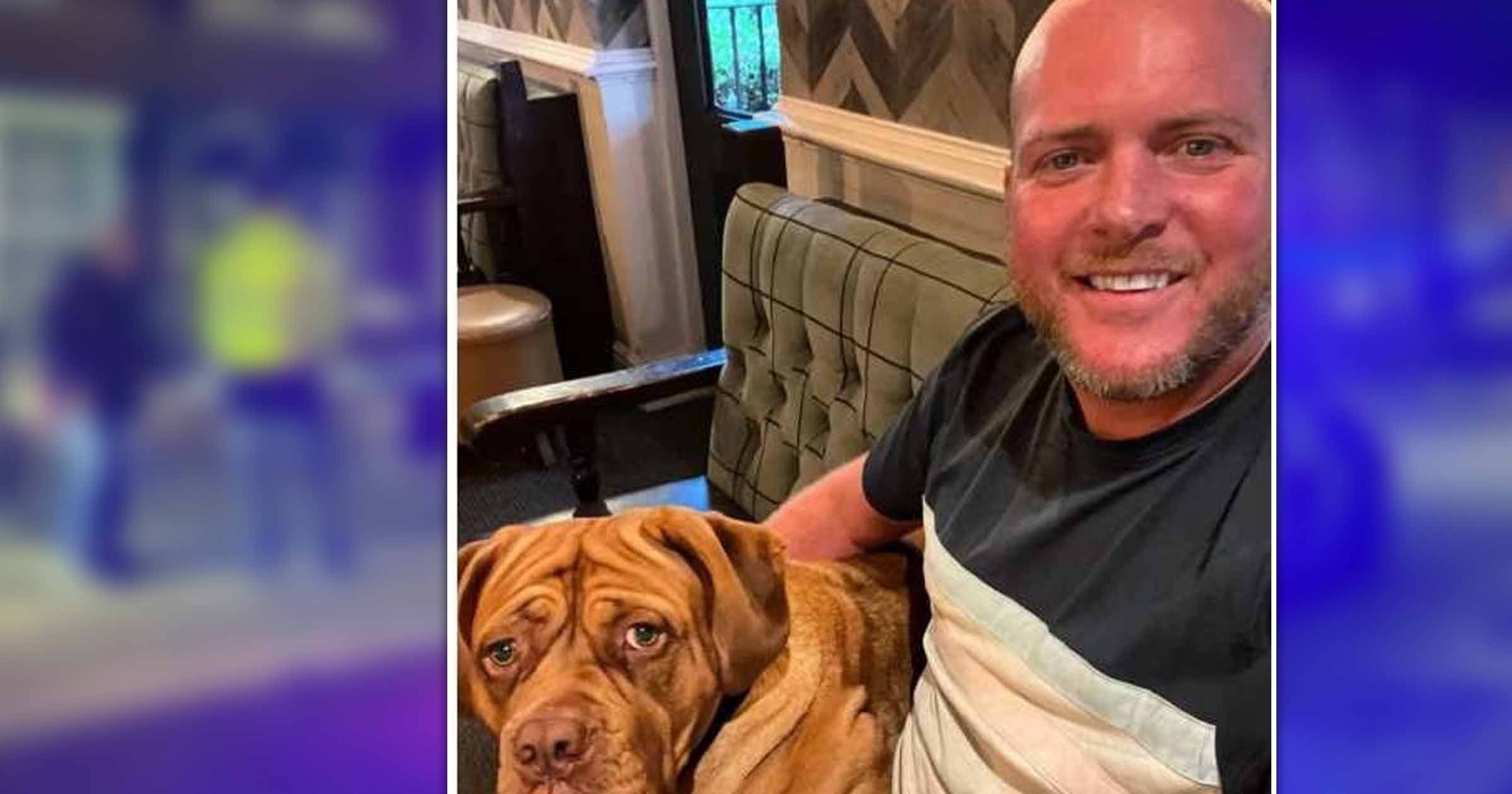 A man and his beloved dog have died after a collision in North Yorkshire.

Craig Dixon, 39, was walking his dog Duchess in Guisborough on Friday afternoon when they were struck by a silver Citroen C3.

Several bystanders rushed to help the pair and waited with them until an ambulance arrived.

Mr Dixon was pronounced dead shortly after arriving at hospital, while Duchess also died as a result of injuries sustained in the accident.

A 38-year-old man has been arrested on suspicion of causing death by dangerous driving.

He remains in police custody being questioned.

A statement from Cleveland Police read: ‘Our thoughts and sympathy are with Mr Dixon’s family at this extremely difficult time.

‘A 38-year-old man was arrested on suspicion of causing death by dangerous driving and he remains in police custody being questioned.

‘Enquiries are on-going and we would appeal for any witnesses who have not yet spoken with police – as well as any motorists who have dashcam from the Westgate area of Guisborough shortly before, during and after the incident – to get in touch.

Witnesses said they saw the area cordoned off with four police cars and one van present.