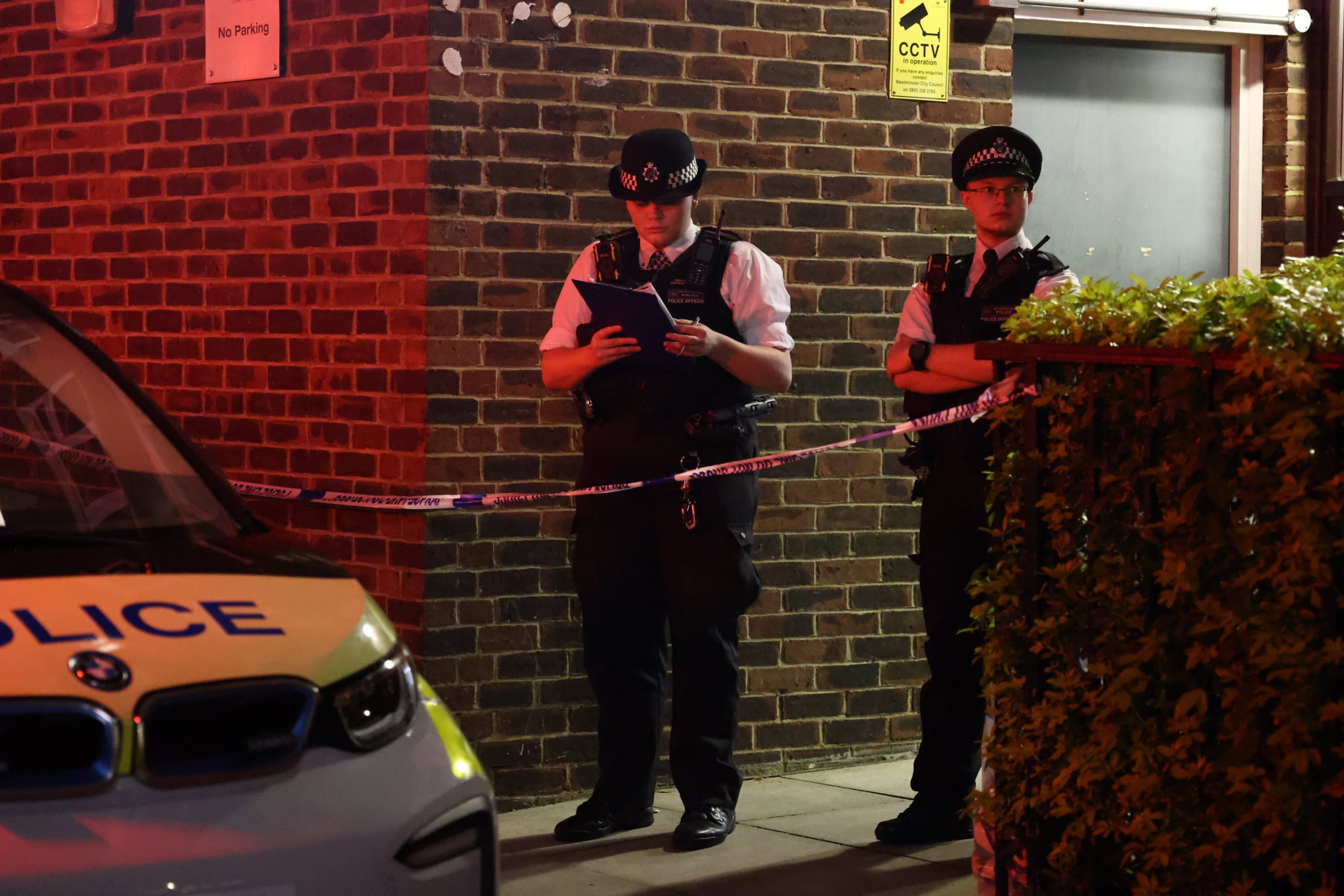 A suspect has been identified over the murder of two people within hours of each other in London.

A woman, 45, and a man, 59, were stabbed to death at separate addresses in Westminster on Thursday and in the early hours of Friday morning.

The two killings are believed to be linked and the Metropolitan Police released an image of Lee Peacock, 49, whom they wished to speak to ‘urgently’.

Detective chief inspector Wayne Jolley said: ‘I would urge anybody that knows the whereabouts of Lee Peacock to contact police immediately by calling 999.

‘If seen, we would urge the public not to approach him, but contact police as soon as possible.’

Emergency services were called to Ashbridge Street, Westminster, just after 9.30pm on Thursday, after concerns were raised for the wellbeing of people inside a flat.

Officers found a 45-year-old woman who had suffered a knife injury. She was pronounced dead at the scene.

At 2.15am on Friday, police were alerted by the London Ambulance Service to reports of a man with a knife injury at a property in Jerome Crescent, around half a mile away.

Inquiries are under way to trace the woman’s next of kin, while the man’s have been notified and are being supported by specialist officers.

Mr Jolley added: ‘Our thoughts are with the families of the victims. We can only begin to imagine what they are going through.

‘At this early stage we are retaining an open mind concerning motive, but at this stage we are treating these crimes as linked.

‘We are very keen to hear from anyone who saw anything suspicious around Ashbridge Street or Jerome Crescent overnight.

‘No matter how small or insignificant you think your information might be, please do get in touch.’

Crime scenes are in place in Ashbridge Street and Jerome Crescent and additional police resources and patrols have been deployed throughout the area to provide reassurance, police said.