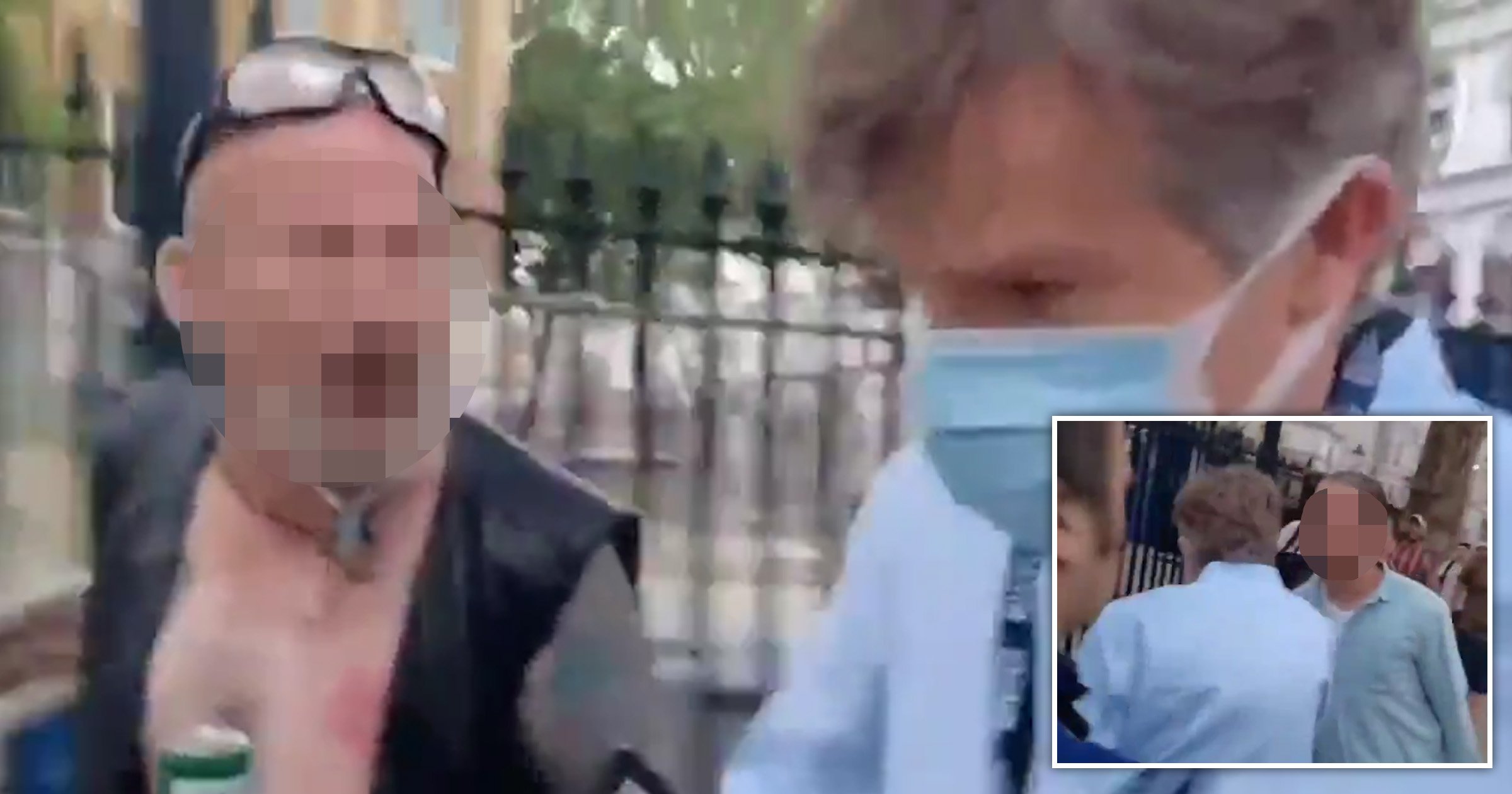 A man has been charged after a journalist was confronted and chased by a group of anti-lockdown protesters in London.

Martin Hockridge, 57, was charged with a public order offence on Tuesday evening.

It came after footage shared on social media showed Newsnight political editor Nicholas Watt being mobbed and physically intimidated by demonstrators during the protest in Whitehall on Monday.

Mr Watt, who was wearing a BBC lanyard, can be seen ignoring the demonstrators and trying to walk away before breaking into a run.

Protesters chased him through the streets shouting ‘traitor’ and other slurs near Downing Street, forcing him to run beyond a line of police officers.

Russia arrests ‘US spy’ in Moscow