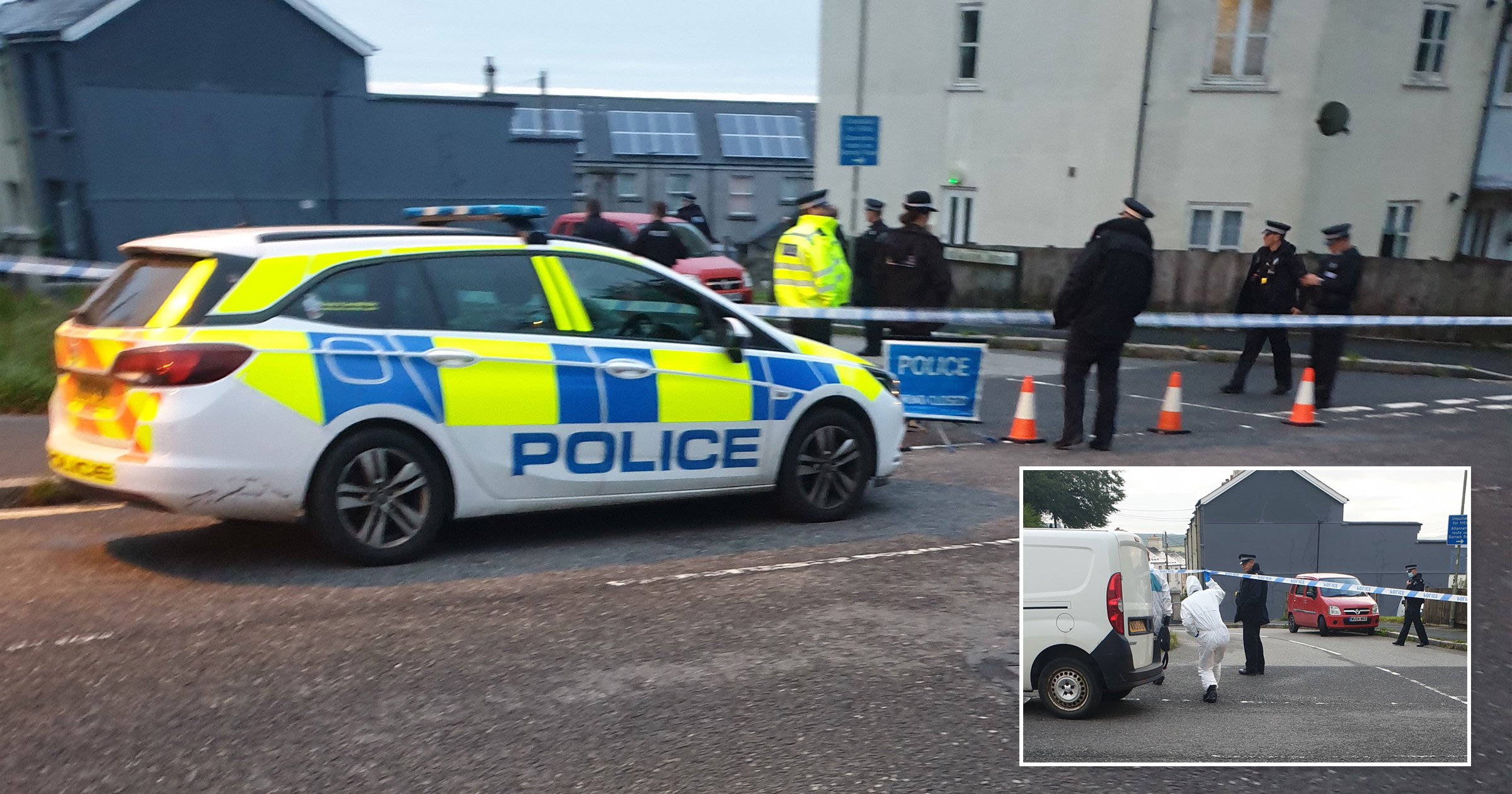 Two police officers have been stabbed while on duty in a small village in Devon.

A man, 60, has been arrested on suspicion of attempted murder following the incident in Princetown in the middle of the Dartmoor national park.

The officers were attacked in the early hours of the morning while responding to a call-out. Their injuries are not thought to be life threatening.

Large numbers of police were at the cordoned off scene this morning, with door-to-door enquiries ongoing.

Police said they were called to a report of an assault at an address in Burrator Avenue at around 11.55pm on Thursday.

The male suspect had fled the scene and officers went looking for him.

While on duty at the crime scene at around 3am, two male police officers ‘encountered a suspect and sustained a number of stab and laceration wounds’, police said.

One officer suffered injuries to his arms and has been discharged from hospital.

The other remains in hospital where he is receiving treatment for injuries to his face and arms.

The 60-year-old suspect has been described as a ‘local man’. He has been arrested on suspicion of attempted murder and remains in police custody. A knife was seized at the scene.

Alison Hernandez, Police and Crime Commissioner for Devon, Cornwall and the Isles of Scilly, said: ‘My thoughts are with the injured officers and their families and I wish them a speedy recovery.

‘The level of violent crime, including the use of bladed weapons, is of national concern. While Devon and Cornwall Police has the fourth lowest level of knife incidents of 43 forces, every case is one too many.

‘That is why we are working with partners in the region on a new serious violence prevention approach. I also welcome the Government’s proposals to increase sentences for those who assault emergency services workers through the Police, Crime, Sentencing and Courts Bill.’

A police statement said: ‘A cordon remains in place at the scene and residents can expect to see an increased police presence in the area while the investigation, including house-to-house enquiries, continues.’