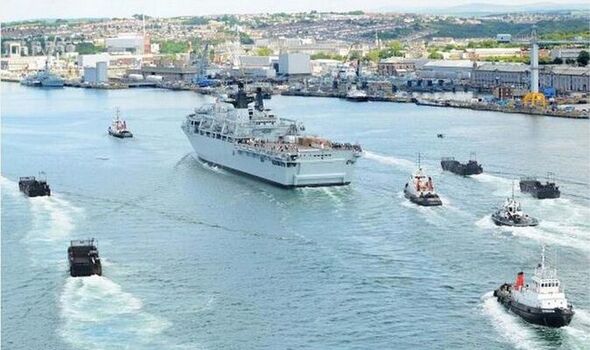 Lee Mann of York Road, Plymouth was detained by Ministry of Defence Police following an inquiry which examined the suspected loss of red diesel during 2021. At the time it was claimed that a large quantity of it had gone missing from generators used to supply power to HMS Bulwark, a 19,560-tonne assault ship at HMNB Devonport.

One publication even claimed that more than £250,000 had gone missing however the amount was never confirmed by the Ministry of Defence nor Babcock International. The Ministry of Defence did confirm that it had carried out inquiry into an “alleged theft of fuel from a contractor within HMNB Devonport”, Plymouth Live reports.

Back in April, MP for Plymouth Sutton and Devonport said: “The theft of fuel from a Royal Navy warship is not only criminal, it takes scarce resources away from our military in a time of national crisis.

“With the armed forces facing more and more cuts, having such a huge amount of fuel stolen is not only embarrassing, but it also raises serious questions about the security at one of our most secure naval bases.”

Mann, aged 34, was later charged and appeared at Plymouth Magistrates Court on August 16 to face five counts of theft of red diesel belonging to Babcock International.

The estimated amount of red diesel Mann is alleged to have stolen totals £24,685.20.

Magistrates granted Mann unconditional bail and he will next appear at Plymouth Crown Court on September 19.