A warning has been issued by the coastguard after footage of a man almost falling to his death came to light.

A video shows the moment the unidentified man lost his footing as he made his way along the narrow chalk formation known as Old Harry Rocks, near Swanage, Dorset.

Landing on his backside, he slid down a grassy bank – with a terrifying 120ft drop either side of him.

Tragedy was averted when the man got to his feet and scrambled uphill to join his friends.

He walked with his arms out to keep his balance following the tense incident.

The footage was caught on camera by Callum Howlett, who was in a kayak in Swanage Bay at the time. 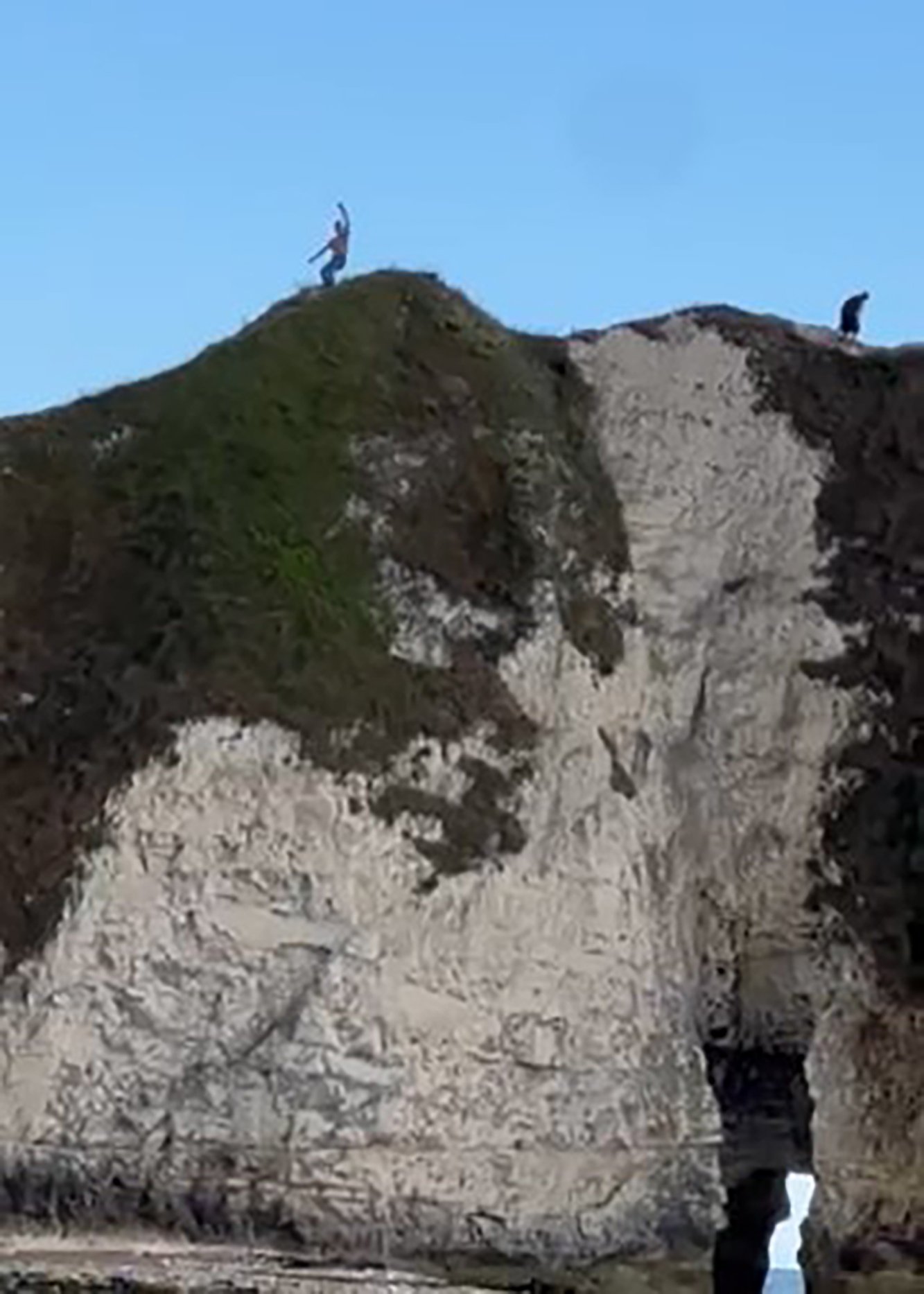 Callum said: ‘He would have fallen off had he not stopped sliding down.’

It was then shared by the Swanage Coastguard who cautioned copycats, saying ‘please please please, do not take the risk, it’s not worth it’.

A spokesman said: ‘Whilst out on a beautiful morning kayak around Old Harry Rocks, this video was captured. It very nearly ended badly for this individual.

‘Coastguard teams, the coastguard helicopter, lifeboats, ambulance and police all would have been tasked to this if it had gone horribly wrong.’

How did Princess Margaret die? Remembering the Queen’s sister 20 years after her death