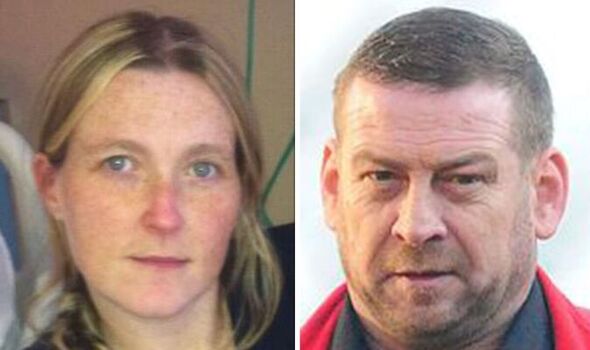 Prison sentences are looming for a man and woman convicted of neglecting four children in a filthy, rubbish strewn house, with the youngsters telling a court some were subjected to regular violence. Shane Curran, 47, and Nicola McCall, 44, were yesterday convicted of wilfully ill-treating and neglecting the four children, after a trial at Glasgow Crown Court.

The pair were also found guilty of assaulting one girl, while Curran was convicted of attacking a boy and McCall another of the girls. None of the children, one of whom described being “rag-dolled” by Curran, can be named for legal reasons.

Both Curran and McCall, who denied the charges and suggested the victims were lying about the violence, were bailed until the New Year, with the court told the charges related to a period between April 10 and August 2016.

Addressing the jury, fiscal Carrie Stevens said Curran and McCall had demonstrated a “consistent failure” to keep the victims “safe and comfortable” in a home which was described as “chaotic and sub-standard”.

Jurors were told how the children were exposed to drugs – including amphetamine – being in full view in the house.

During the course of the trial, pre-recorded evidence from the children speaking about their ordeals was played to the court.

One girl said the property was “disgusting”, adding that Curran and McCall “did not clean or really care”.

There was “never any food in the cupboards” with the children “regularly deprived”, she said.

The girl said she had at one stage been forced to steal £100 in order to get food for her and the other children.

JUST IN: Meghan and Harry ‘trashing their families for cash’ with Netflix show

Two of the youngsters ended up suffering severely from head lice.

Some victims were frequently punched, kicked, pulled and dragged around by the hair, jurors were told.

Curran and McCall, both from Glasgow, would become unpredictable and violent when they took drugs, the girl said.

Referring to one incident involving McCall, she explained: “She rag-dolled me, flung me onto the ground and bashed my head off the door.”

The trial was also told how illicit substances were left lying in the property which were dangerously “accessible” to the children. In addition, one of the girls was once left unsupervised on a balcony.

Miss Stevens added: “You might remember (one of the girls) saying Curran and McCall ‘did not care, so they did anything they wanted’.

“You might think that sums up the attitude of both and the sadness, frustration and confusion felt by the children.”

Nathan Smith: ‘Distressed’ family of suspected killer appeal for him to come home