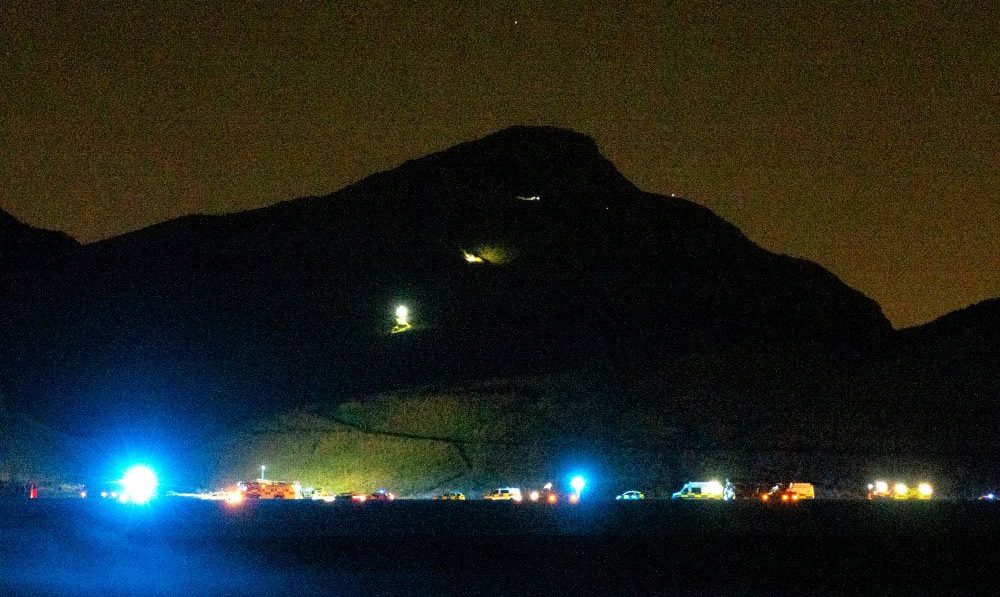 A man has been arrested after a woman died in a fall from Arthur’s Seat in Edinburgh.

The 31-year-old fell from the landmark at around 9pm on Thursday, police said.

Paramedics and the fire service were scrambled to the scene, but the woman died there a short while later. Her death is being treated as suspicious.

She is thought to have been on her honeymoon in the Scottish capital.

According to the Daily Record, the woman is believed to have celebrated her wedding reception just days before the incident having got married late last year.

A source also told the Record she was in the early stages of pregnancy when she died.

In a statement, Police Scotland said: ‘A 27-year-old man has been arrested and inquiries are ongoing.’

Arthur’s Seat is an 820ft ancient volcano that is popular with hikers and tourists.

There is also a large and well-preserved fort on the site.

Fracking to be banned in Greater Manchester