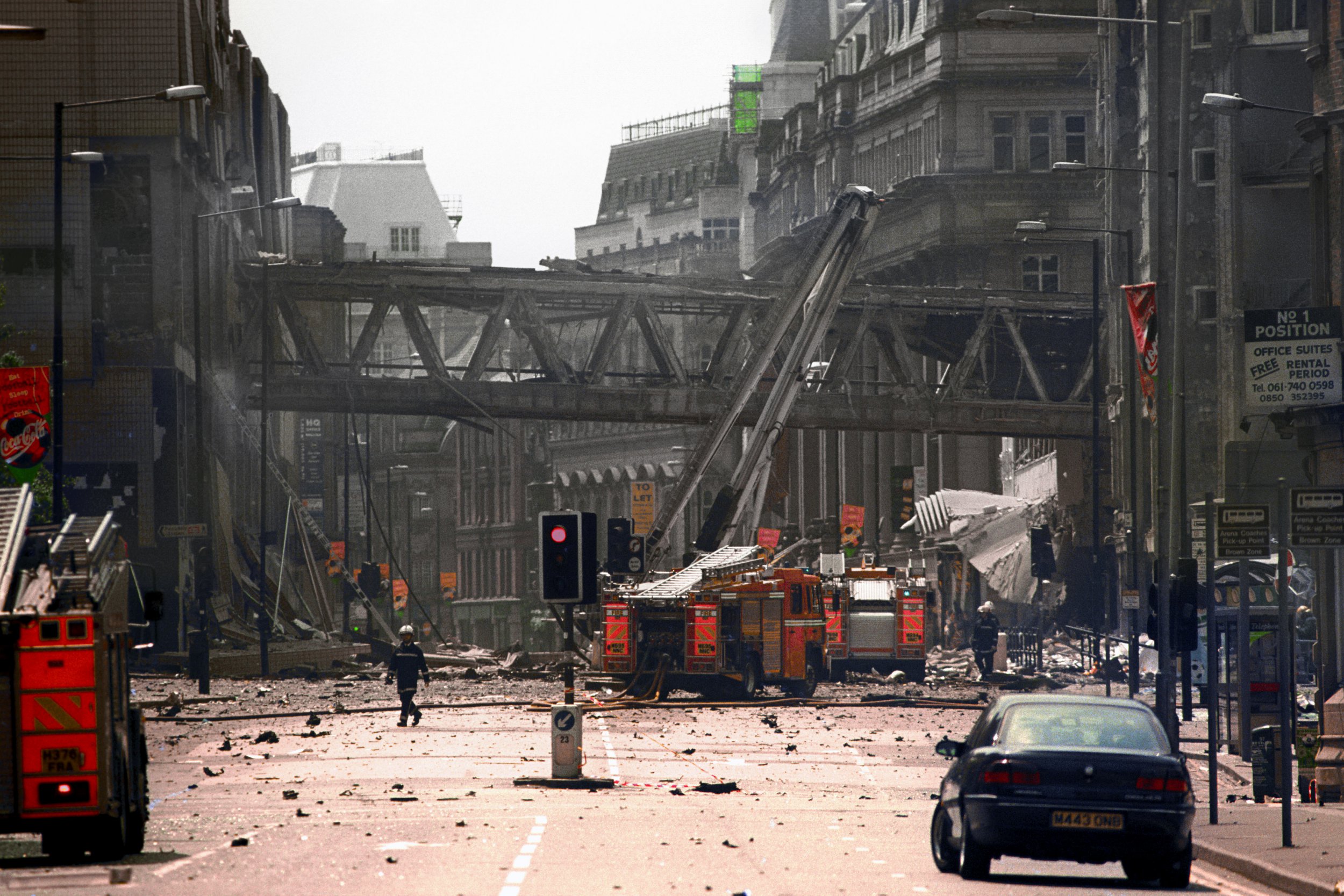 A man has been arrested on suspicion of terrorism offences in connection with the 1996 bombing carried out by the IRA in Manchester city centre, Greater Manchester Police said.

The man was detained Birmingham Airport last night and remains in custody.

Police said he will be interviewed by officers from Counter Terrorism Policing for the North West about the IRA bomb detonation that shook the city centre.

Detective Superintendent Andrew Meeks said: ‘Although thankfully no-one was killed during the 1996 Manchester bombing by the IRA, hundreds of people were left with injuries – many of which were life-changing – and many more across Greater Manchester and the North West were affected by what happened on that day.

‘We have always been committed to holding those responsible for the attack to account and bringing them to justice and have been reinvestigating for several years; with a team of dedicated detectives re-examining the original case files and pursuing new lines of inquiry.