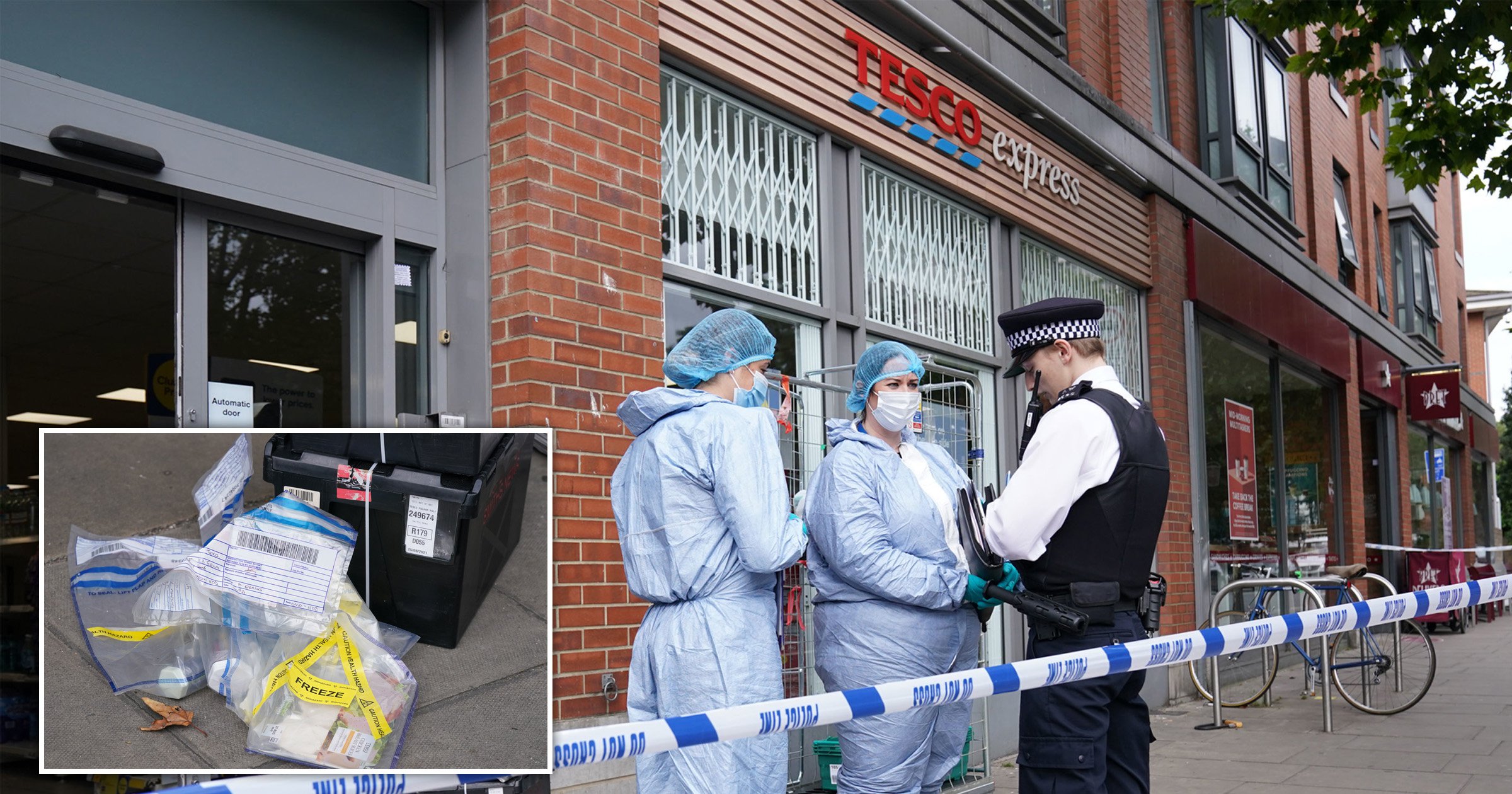 A man has been charged with ‘contaminating goods’ after a mystery substance was allegedly injected into food at several west London supermarkets.

Leoaai Elghareeb, 37, is due at Westminster Magistrate’s Court on Friday, accused of contaminating or interfering with goods with intent at branches of Tesco, Waitrose and Sainsbury’s in Fulham Palace Road.

The three stores were placed on lockdown after the incident on Wednesday and officers in forensics suits were seen examining products there yesterday.

Anyone who bought anything from the supermarkets were urged to throw it away by Hammersmith & Fulham Council.

A police statement said: ‘Officers investigating the contamination of products at a number of west London supermarkets have charged a man.

‘Leoaai Elghareeb, 37, of Crabtree Lane, SW6 was charged with contaminating or interfering with goods with intent.

‘He will appear at Westminster Magistrates’ Court on Friday, 27 August.

‘The charges relate to incidents at supermarkets on Fulham Palace Road, on Wednesday, 25 August.’

As most European elections are called off, Poland pushes ahead