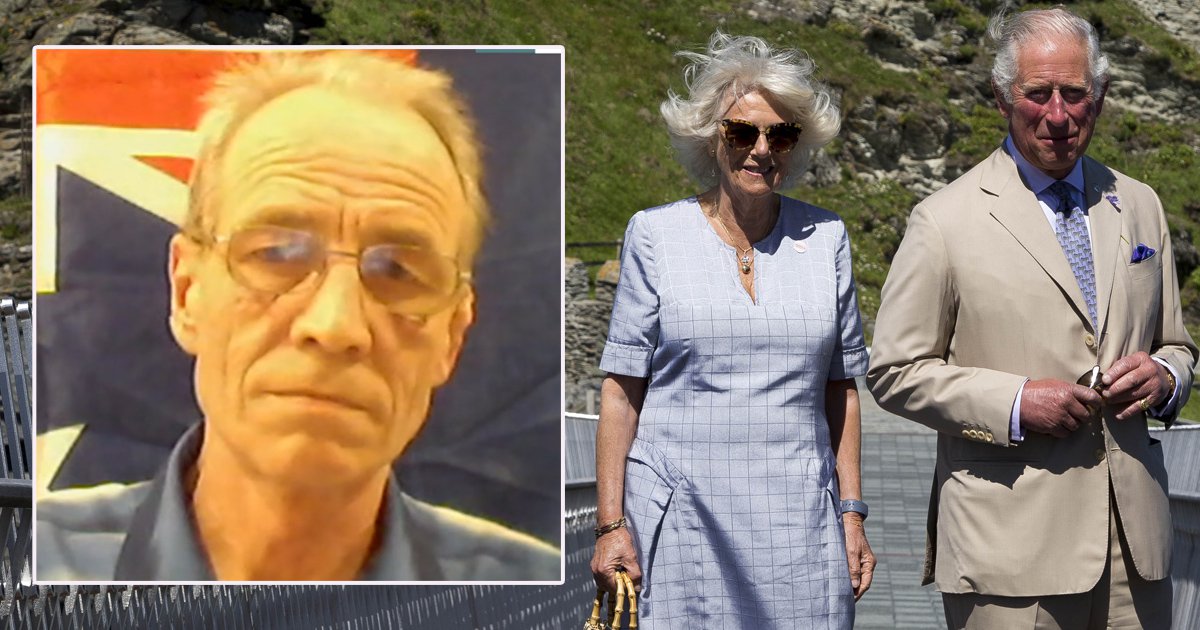 A man who claims he is the love child of Prince Charles and the Duchess of Cornwall says his eye colour and his teeth were changed so he looked less regal.

Simon Charles Dorante-Day, 55, has made headlines over the last week as he continues his bizarre claims he is the son of the future monarch.

His ‘evidence’ includes memories of visiting Camilla at Broadlands House, where Prince Philip’s uncle lived at the time, and having the ‘same bone structure as the Queen’.

His latest bit of ‘proof’ is that he was ‘made to undergo a procedure that changed his eye colour from brown to blue’ when he was eight years old. He adds that his teeth were also changed in the ‘cover-up’.

The engineer told Holly Willoughby and Phillip Schofield on ITV’s This Morning: ‘I don’t think that they had any choice but to do that.

‘But it was because of the gossip in Portsmouth around the time. In those times, blue and blue made blue. There was never any inquisition about that.

‘So my oncologist will tell you that one of my lenses is perfectly round and one of them is oval shaped like a football – a rugby football. So this is why I have a vision problem. So something was done to my eyes.’

Phillip responded by saying a specialist from Moorfield Eye Hospital had told ITV they did not know what procedure could have achieved this result.

The expert also said such a procedure would have been very dangerous during the early 70s, when medicine was not as advanced. 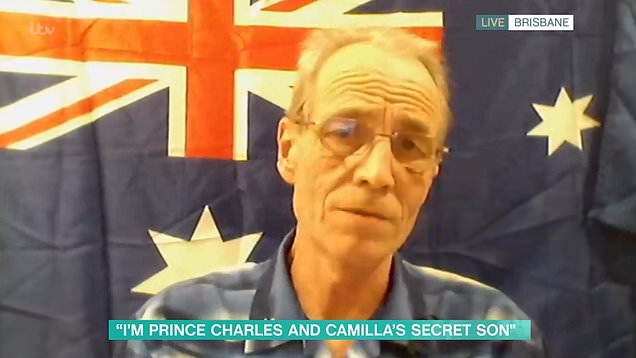 Mr Dorante-Day believes he was conceived in 1965, when Charles was 17 and Camilla was 18.

The couple is thought to have met five years later when they were both in their twenties.

Mr Dorante-Day says his adoptive grandparents, Winifred and Ernest, worked in a royal household and helped him see Camilla – until they had to stop because they were worried he was ‘going to remember’ the trips.

He said: ‘I was walking to my nan’s [house] when I was about five or six and I heard nan say to mum, “Well, the visitations have got to stop, he’s going to remember them”.

‘I walked in the door and said, “Remember what?” and of course I copped a mouthful for talking out of turn.

‘I can remember being taken to a house up in Portsdown Hill. The houses at the time were only rented to the Ministry of Defence, there were only naval officers in Portsmouth bases. 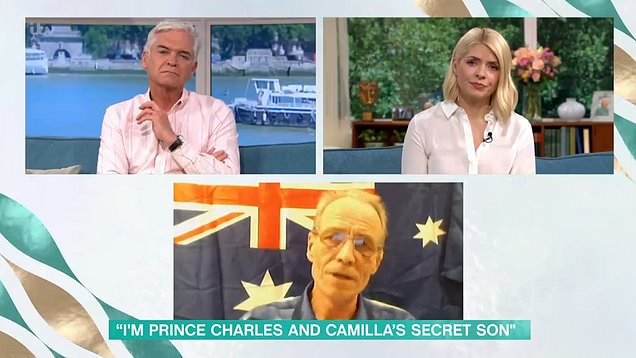 ‘I was taken to one of those houses and my parents waited outside. I went inside and I can remember a lady sitting on the sofa who, in my mind, was about Camilla at the time.’

Mr Dorante-Day has said previously: ‘I’m simply a man looking for my biological parents, and every road has led me back to Camilla and Charles.’