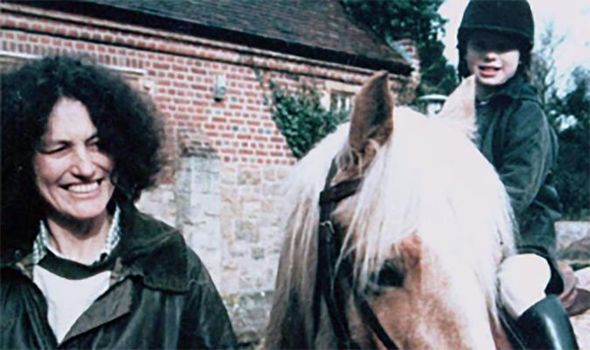 In a four-page statement, Levi Bellfield – serving life for murdering Milly Dowler, 13, and two other women – said he battered Dr Russell, 45, and her daughter Megan, six, to death in 1996.

Megan’s sister Josie, nine, was left for dead but made a remarkable recovery. She is now an artist.

Stone, now 61, who was convicted of the murders first in 1998 and at a retrial in 2001, has always protested his innocence. He will be eligible for parole next year.

The Criminal Case Review Commission (CCRC) opted not to reopen the case in 2017.

But yesterday Stone’s barrister Mark McDonald said was pushing for the 2001 conviction to be thrown out.

His legal team previously suspected Bellfield of involvement in the killings but Mr McDonald said yesterday: “This is huge. It’s the first time he has given us a full statement of, ‘this is what I did, this is how I did it’.

“I’m going to be writing either directly to the Court of Appeal or I will go back to the CCRC. There’ll be action this week related to our next legal move.” He added: “If the jury trying him had known Bellfield had said, ‘Look it was me’, they would never have convicted Michael Stone.

“Is the conviction of Michael Stone safe? The answer is no.”

Mr McDonald said the leaking of Bellfield’s confession took him by surprise, saying: “We did not want it to come out like this.”

He said: “This is the evidence that will prove he [Stone] is innocent.”

Stone’s hopes appear to hinge on a shoelace found in storage by police in 2020, having been lost for 14 years.

It had been dropped by the killer, who had used it to tie up one of Dr Russell’s daughters.

Bellfield’s statement contains many details of the horrific attack in Chillenden, Kent – and includes the claim he took a hair scrunchie from the scene as a souvenir.

The serial killer, now known as Yusuf Rahim after converting to Islam, said he was armed with a hammer and yellow washing-up gloves.

He wrote: “My first intention was to just attack Lin but I quickly changed my mind due to the screams and was worried she would fight back given the children were with her.”

Bellfield, 53, then went on to describe the attack and said he killed the family dog after it bit him.

He claimed that after cleaning up at the M25’s Clacket Lane services, he threw the hammer in the Thames near Walton, Surrey – where Milly was snatched six years later – then went on holiday to Turkey.

His apparent confession said he later returned to get his Ford Sierra cleaned because it had been “full of their DNA”. He concluded the statement by saying: “I apologise to Stone and the Russell family for my heinous acts.”

Bellfield is in jail for killing Milly in 2002, Marsha McDonnell, 19, in 2003 and Amelie Delagrange, 22, in 2004. Marsha and Amelie both suffered head injuries from a weapon – believed to be a hammer. Det Chief Supt Paul Fotheringham, of Kent Police, said the CCRC had carried out an “extensive re-examination” of the Russell murder investigation in 2017.