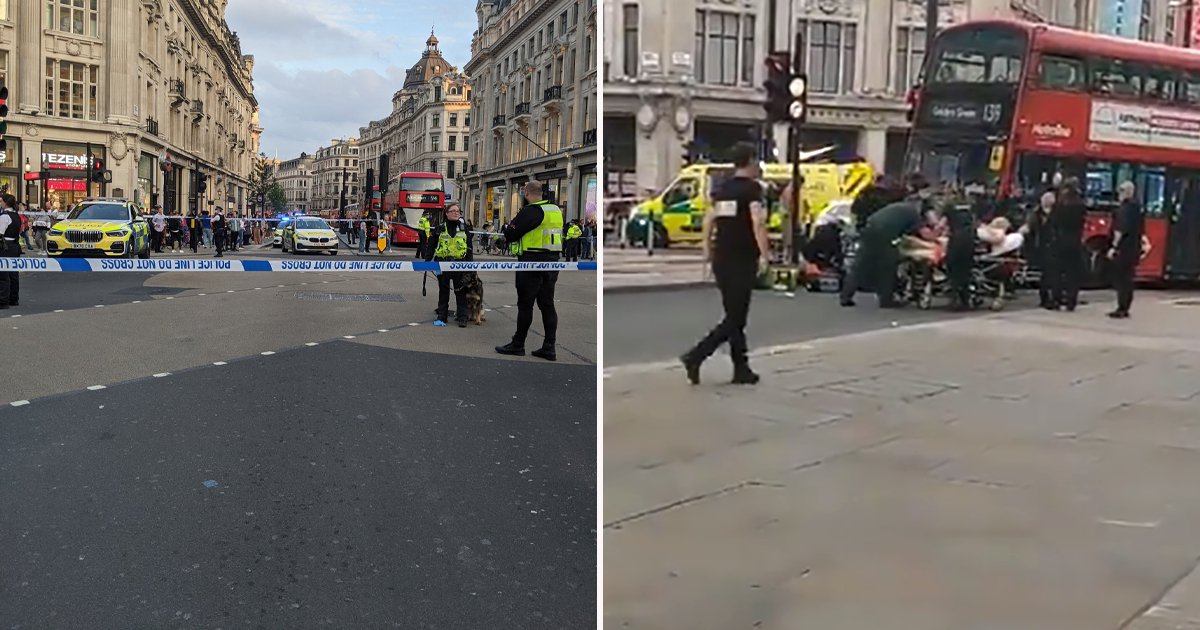 A man is in a critical condition after he was stabbed ‘for no apparent rhyme or reason’ in the West End this evening.

Members of the public detained another man, 25, at the scene and he has been treated himself for a head injury, which is not life-threatening.

The attack happened on Oxford Circus in central London, close to Regent Street.

Unconfirmed reports online said that the man was ‘elderly’, though police have not confirmed details of the victim.

They said they did not yet have a motive for the attack, which happened at around 8pm.

A crime scene is in place and officers remain in the area.

One man wrote on Twitter: ‘Just witnessed a horrific stabbing of a poor 60yr old man at Oxford Circus.

‘Broad daylight, no apparent rhyme or reason. Just another scumbag with a knife.

‘I pray to God he gets to walk out of that hospital.’

Another man wrote: [What] is happening at Oxford Circus, me tube never stopped there. I’ve walked down there after and it’s swamped with bobbies and fire brigades??!’

Anyone who witnessed the assault, or who captured it on mobile phone, is asked to contact police.