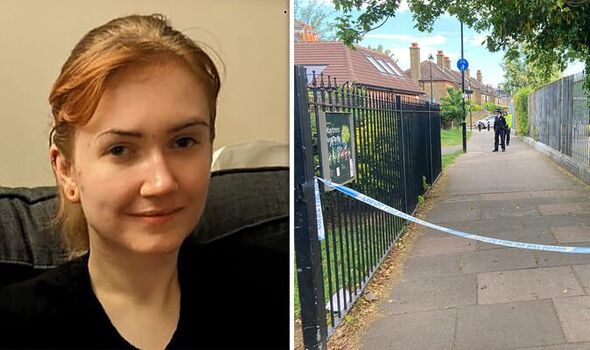 A 20-year-old man was arrested on suspicion of Polish national Ania Jedrkoawiak’s murder, but he has since been released with no further action. Police have also revealed a second person, a 29-year-old man, was also arrested on suspicion of murder yesterday and he has been taken into custody where he remains. A post-mortem examination will be arranged in due course, police have said.

Ms Jedrkoawiak was found with a number of stab injuries in Robert’s Alley off Church Gardens just after midnight yesterday morning (Tuesday, May 17). Police officers, paramedics, and London’s Air Ambulance attended but despite their best efforts, Ms Jedrkoawiak was pronounced dead at the scene.

According to MyLondon, a crime scene remained in place throughout the day yesterday, closing off the area between Ascott Avenue, Church Gardens, Ranelagh Road, and Almond Avenue. Schools, a pub, and the allotments have been closed all day as they lie within the cordon.

Local residents say the area is usually “quiet and peaceful” and are shocked knife crime has come to their doorstep. Young women in the area have spoken of feeling “scared to even walk in the day” after the incident, while parents have said they won’t let their children walk home from school anymore.

Detective chief inspector Brian Howie, who is leading the investigation, said: “We have now made a second arrest, which we believe is a very significant one in this investigation. We are examining CCTV and speaking to any witnesses who have come forward. However, we are always keen to hear from anyone else who has not yet spoken to us but who thinks they may have seen or heard anything, no matter how small, that could help.

“In particular we would urge anyone who lives or was travelling in the area of South Ealing Road, between 11.15pm on Monday, 16 May and 1am the next day, or anyone who has CCTV or a doorbell camera, or a dash cam, to check it for anything that appears out of the ordinary.”

West Area BCU Commander Sean Wilson, who is responsible for policing in Ealing, said: “This is a truly shocking incident which will understandably cause significant concern among the local community and Londoners as a whole. Violence of any kind, but particularly against women and girls, has a profound impact on communities and this will understandably impact on the confidence of those in the area going about their daily business.

“I want to reassure the Ealing community that a team of specialist homicide detectives have commenced an investigation and they will use their skills and experience to ensure that whoever is responsible is brought to justice.

“My local officers will also be in and around the area in South Ealing; if you have any concerns I would encourage you to approach them and speak to them. You can also speak to your local neighbourhood policing team or dial 101.”

Anyone with information about the incident is asked to call 101 or tweet @MetCC quoting CAD 77/17May. To remain anonymous contact Crimestoppers on 0800 555 111.