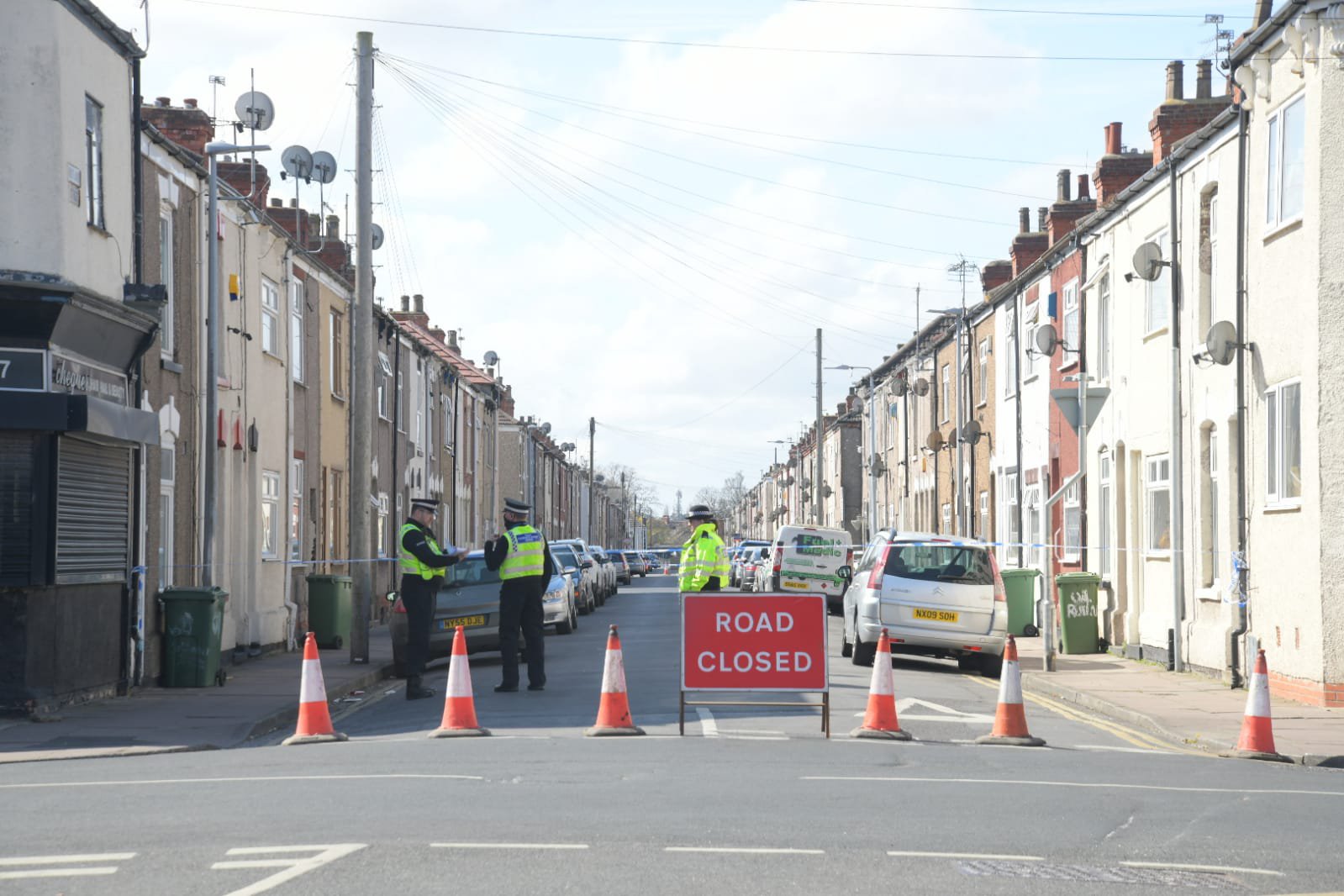 A man has died in hospital after being repeatedly stabbed in the head with a garden fork.

The victim, 36, who has not been named, had been found on Rutland Street, in Grimsby, with serious head injuries at around 6.40pm on Saturday. He died from his wounds on Monday, police have now confirmed.

Luke Teague, 38, of Runswick Road, Grimsby and Stephen Beach, 39, of Ashbourne Court, Scunthorpe have been charged with murder. They will appear at Grimsby Magistrates Court today.

Humberside Police have said that the three men knew each other prior to the attack.

Detective Chief Inspector Christine Calvert said: ‘Although this was an isolated incident between individuals known to each other, we appreciate such a tragic incident of this nature has caused shock to the local community.

‘Our neighbourhood team continue to be on hand to speak to residents about any concerns they may have. We encourage you to speak with these officers.

‘Our thoughts are with the man’s family and loved ones at this incredibly difficult time.’

The assault happened less than two hours before a man, named as Adam Królikowski, 32, was stabbed to death at the corner of Duncombe Street and Freeman Street.

Mr Krozolinowski was found with stab wounds outside the Freeman Arms on Freeman Street shortly after 8pm, and was taken to hospital by ambulance but died a few hours later.

Anna Królikowska, 27, of Duncombe Street, has been charged with his murder. The two deaths have not been linked by police.

'Horrific and unbearable' – mother's grief as her son's killer is jailed

Captain Tom heartbreak: Why WW2 veteran had to carry on fighting after VE Day