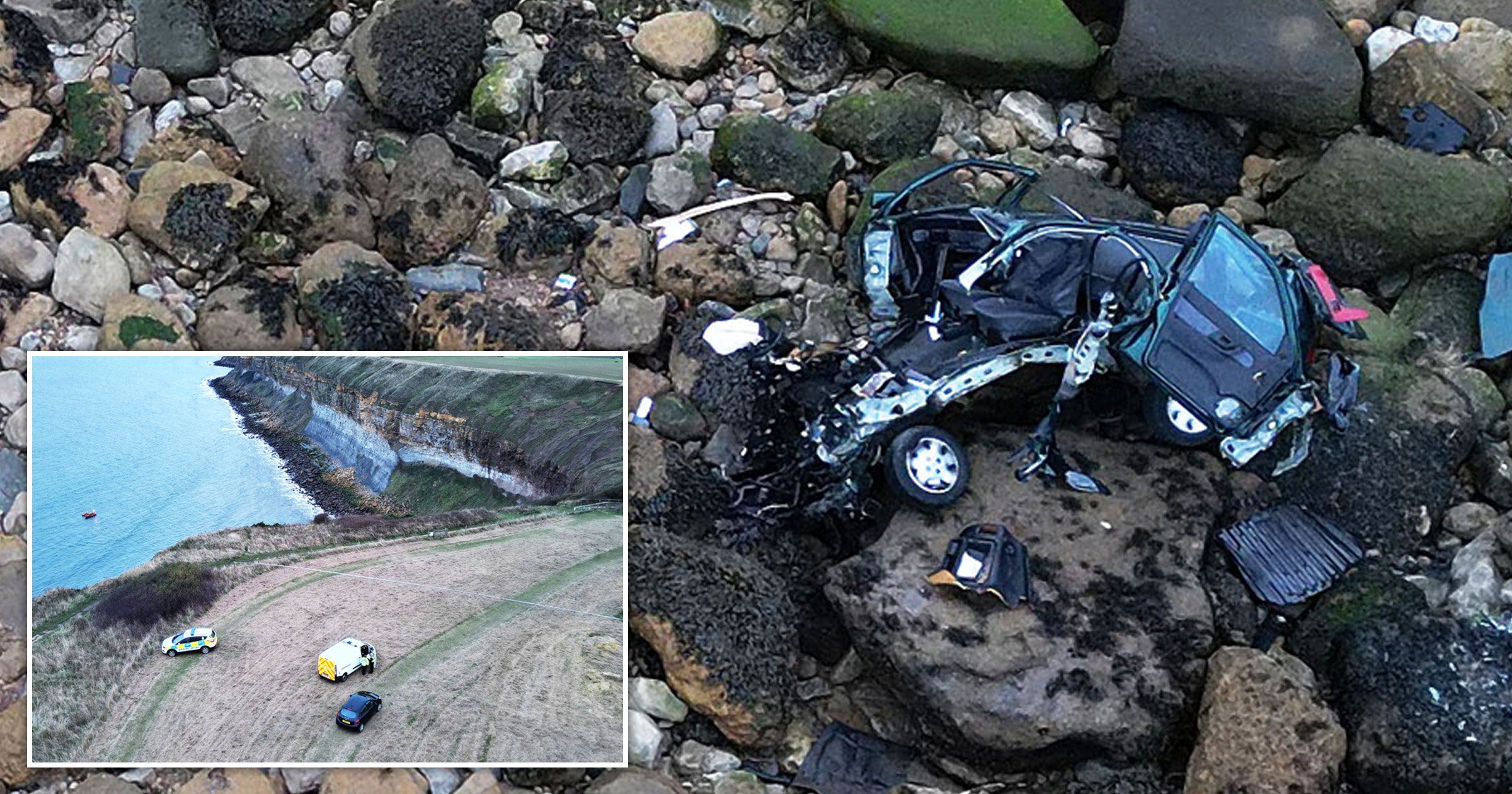 A man has died after his car‘ plunged over a cliff near a holiday park.

Police confirmed the incident at around 1.30pm today, in Filey, North Yorkshire.

The vehicle is believed to have fallen around 200ft from the cliffs near the Blue Dolphin Holiday Park.

Officers confirmed a man had died, while a number of other emergency services attended the scene.

A North Yorkshire Police spokesperson said: ‘A man has sadly died after his car went over the cliff near Filey this afternoon, October 18.

‘North Yorkshire Police have announced the occupant of the vehicle which went over the cliff near the Blue Dolphin holiday park near Filey today on Tuesday.

‘The incident happened shortly after 1.30pm this afternoon – emergency services including North Yorkshire Police, the Coastguard, Fire Service, RNLI and ambulance service were at the scene.’

It previously said: ‘We can now confirm that sadly, a man, who was the only occupant of the vehicle that went over the cliff near Filey earlier today, died this afternoon.

‘His family have been informed, however, we are not yet in a position to release his identity.

‘Police investigators remain at the scene of the incident to examine the scene and establish the circumstances that led to the car going over the cliff.

‘A multi-agency operation is in place to arrange for the recovery the vehicle from the base of the cliffs.

We’re working with the Coastguard, RNLI & ambulance service at the scene of an incident on the cliffs near the Blue Dolphin holiday park near Filey

We received reports around 1.34pm that a car had gone over the cliff onto the rocks below

‘To recap, we received a report this afternoon that a vehicle had gone over the cliff near the Blue Dolphin holiday park near Filey.

‘A multi-agency operation was launched involving all three emergency services, the air ambulance, the Coastguard and the RNLI.’

A witness said both of Fileys Lifeboats had been launched to the incident as well as the Flambrough Lifeboat, which is one of the biggest in the country.

They also said three holicopters had been in the area.

Heartless: Burglars target family as they raise funds for surgery for Zoe (2)

The anti-corruption case that touched a Russian nerve