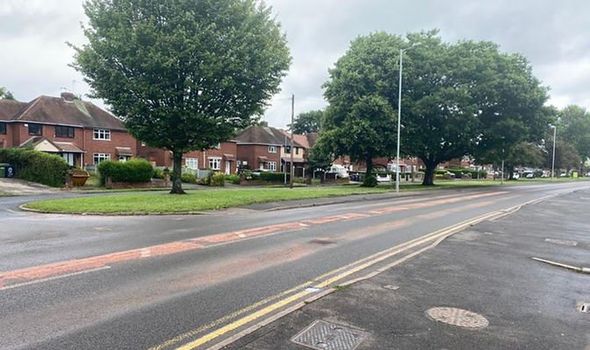 Witnesses said “dozens” of emergency vehicles descended on Lichfield Road in Wolverhampton, West Midlands, following the smash on Monday, July 5 at 10am. The male driver of the car, who has not been named, was found in cardiac arrest and despite best efforts from medics he was pronounced dead a short time later.

The two non-emergency patient transport staff, a man and a woman, were rushed to hospital, reports Black Country Live.

A spokesman for West Midlands Ambulance Service said the ambulance was on the way to collect a patient for non-emergency transport at the time of the crash.

“The PTS ambulance was on the way to collect a patient for non-emergency transport at the time of the collision.

“Three ambulances, three paramedic officers, a senior commander and a MERIT trauma doctor and critical care paramedic were responded to the scene.

“The first ambulance was on scene within two minutes of the 999 call and arrived to find a man, believed to be the driver of the car, in cardiac arrest.

“The team worked quickly to administer advanced life support to the man but sadly, despite the best efforts of ambulance crews, nothing could be done to save him and he was confirmed dead on scene a short time later.

“Meanwhile the remaining team of ambulance staff focused on assessing and treating their two PTS colleagues who had been injured in the collision. The two PTS staff, a man and a woman, were conveyed to Walsall Manor Hospital for further treatment.

“The service will be assisting West Midlands Police with its investigation into the collision.”

The road, which connects Wednesfield with central Wolverhampton, was closed for eight hours.

Police continue to investigated the collison and are liaising with West Midlands Ambulance Service.

The crash led to heavy traffic, including in evening rush hour, on the A460 in north Wolverhampton and the A454 in and around Willenhall.