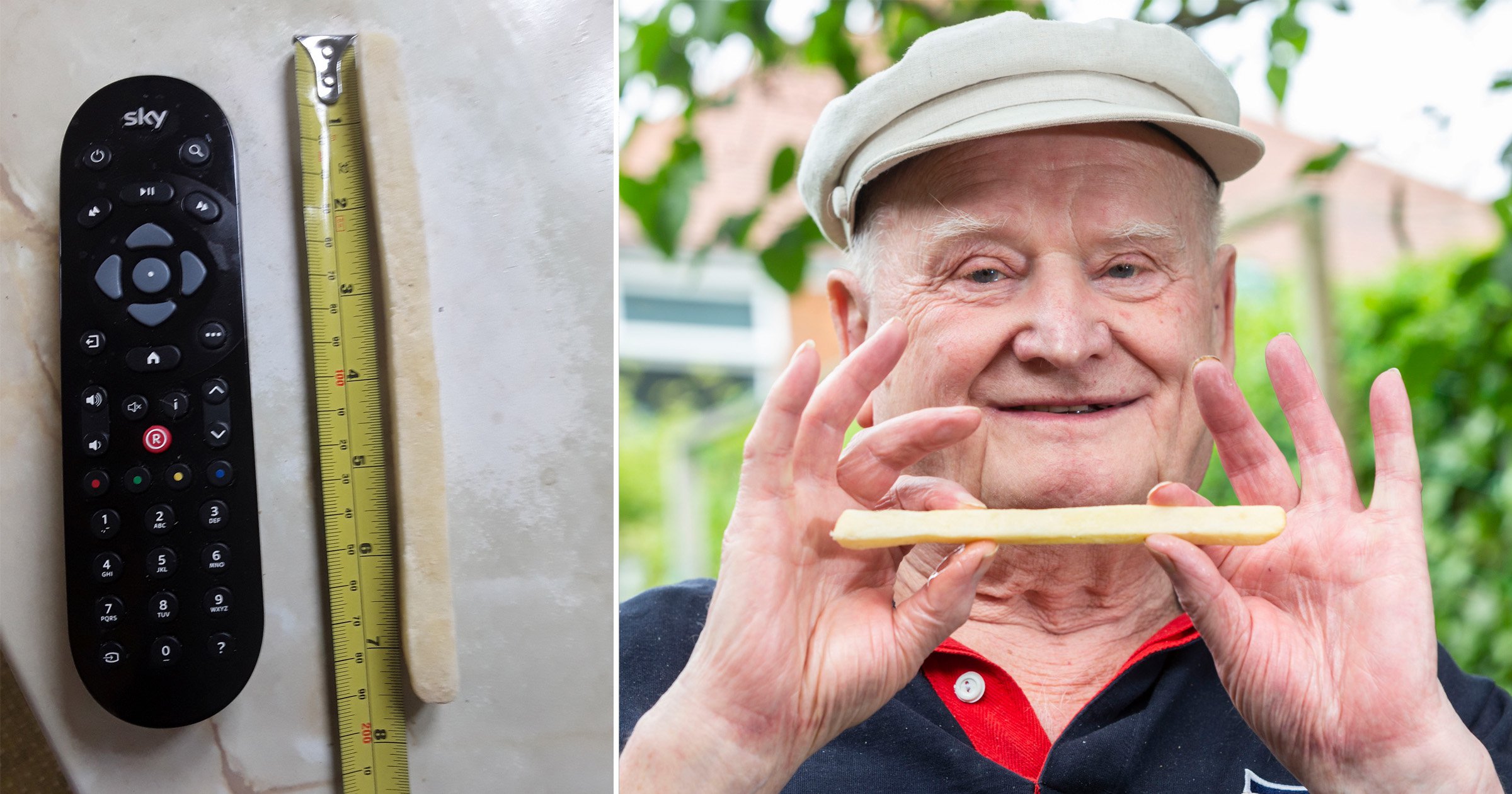 A self-confessed chip devotee was thrilled after finding one measuring a whopping 7.5 inches in length.

Frank Smith, 77, who has eaten chips at least twice a week for six decades, said he will keep the supersized fry forever.

His love for chips is so great that he calls them the ‘holy grail’ of food and says they are ‘like steak for me’.

But even the retired electrical contractor from York has never seen one this big before.

He was over the moon when he pulled the prodigious potato out of a £4 McCain’s family pack and vowed never to eat it.

Frank has even given his ‘prized possession’ its very own compartment in the freezer.

He said: ‘I’ve never had such a massive chip in all my life, and I’ve been eating chips as long as I can remember.

‘I thought to myself “that’s a big potato” and wanted to show it to my daughter. I just asked her round and said “look at the size of this chip”.

‘I’m never going to eat it. I keep it in its own little space in the top shelf of the freezer. It’s a prized possession now.’

Frank said he likes his chips ‘thick and chunky’ but there is nothing he hates more than crinkle cut.

The life-long vegetarian likes to enjoy them with a splash of vinegar and HP sauce.

He said: ‘I eat chips every single weekend. I’m a vegetarian so chips are like steak for me. It’s the holy grail of food for me.’

Dad-of-two Oliver Dale said the single chip ‘pretty much filled me up’ and thought it might be the world’s biggest.

Officially, the ‘largest moulded potato chip’ spanned metres and weighed in at 11kg.

It was cooked in 2018 by Chandresh Bayad who claimed a Guiness World Record at the first attempt.

There is no known record for the longest chip from a single potato.