Birmingham resident forced to shower with a bucket

The 36-year-old, who will be named only as Nick, claimed his gas and electricity had been disconnected, meaning he also could not cook and lived off mostly cold or pre-prepared food. He said he had paid £500-a-month in rent, which included bills, to letting agent Virtual Rooms since he moved into the shared house in Edgbaston last November. However, he said he stopped paying when power was cut off to the property on July 19.

Nick claimed he has struggled to contact the company, which gives a Jewellery Quarter location and a Birmingham phone number on its website. He claimed he had sent them pictures of letters sent from energy companies detailing the amount owed.

BirminghamLive was also unable to obtain any response from the firm despite making phone calls, sending emails and visiting its Jewellery Quarter address. Its website was not displaying any properties for sale or rent when their reporter checked on September 6 and neighbouring companies sharing the address listed on its site said they had never heard of the firm. Express Online also attempted to contact Virtual Rooms via phone and email, with no response.

Nick said his girlfriend had moved out of the house because of the lack of power, while he was left fearing the approach of winter. His washing routine involved him leaving a tub of cold water outside in the morning, and then showering in the late afternoon once the water had been warmed by the sun, he said.

He also relied on an extension lead running from a neighbours’ home to keep his fridge and fish tank filter running. “It’s no way for anyone to live,” said Nick, who has been out of work since losing his job at a car dealership four months ago.

“It started when the energy company knocked on the door one day to check the meter. Then, all of a sudden, the power got switched off and we had a letter saying £12,000 was owed on the gas and more than £5,000 on the electric. We’ve had no gas or electric since. 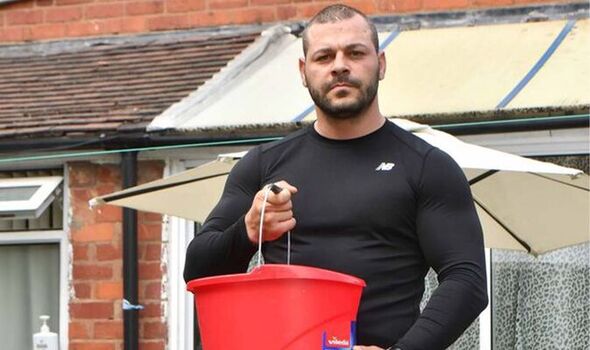 “I have to use a bucket of water in the garden to shower. It gets some warmth in the sun by around 4pm or 5pm. It hasn’t been too bad in the summer but now it’s getting closer to winter, I don’t know what I’ll do. Otherwise I have to go to the gym or go to a friend’s house.

“My skin is affected from not being able to shower every day and it’s costing me more money in food because I can’t cook. Our neighbour has let us use an extension lead to keep food fresh in the fridge and for my fish tank.

“I’ve paid £500 every month and that includes gas and electric, which we now don’t have. My Mrs was living with me but she moved out because she couldn’t cope with not having a shower.

“It’s not a condition anyone should have to live in and we shouldn’t have to pay to live like this so I’m not going to until it’s sorted. We can’t live like this anymore.” 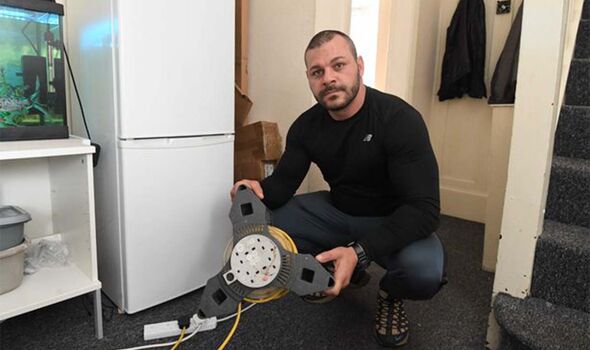 Letters seen by BirminghamLive showed more than £17,000 owed in gas and electricity from the Edgbaston address. Coun Marcus Bernasconi, Labour member for North Edgbaston, tried to contact the company but said the telephone number was permanently engaged.

“This is the latest in a long line of examples of absentee landlords causing misery for private renters in north Edgbaston,” said Coun Bernasconi. “How anyone can be expected to live in these conditions in modern Britain beggars belief – no electricity, no gas or decent running water.

“My heart goes out to Nick and I’ve been doing all I can to assist him, but appeals have fallen on deaf ears. Virtual Rooms has questions to answer about how it has allowed this to happen.”

We need to clean this sector up for good. I’d urge those appalled by this story to submit to Birmingham City Council’s consultation on additional licensing for shared housing.”

Brexit live: ‘Ditch the DUP’ How PM can FINALLY solve backstop – but Foster will hate it!

30 Years After Reunification, Old German-German Border Is a Green Oasis