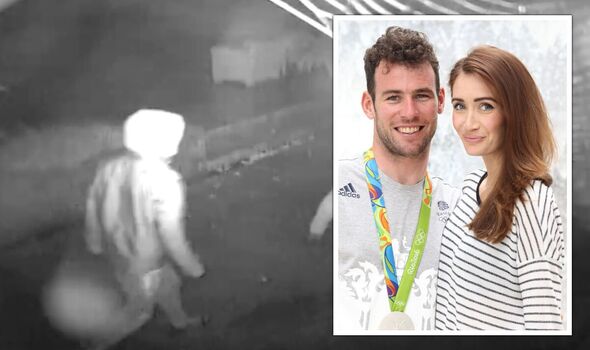 The Tour de France sprint star said they “continue to work incredibly hard” to move on from the horrific night masked raiders burst into their bedroom. They spoke as two members of the gang faced long jail sentences for their part in the £700,000 robbery.

During the raid Mark, 37, was savagely beaten and one of the intruders held a Rambo-style knife to his throat before yelling: “Where are the watches? Do you want me to stab you up in front of your kid?”

Only just out of hospital after a serious cycle crash, he tried to hit a panic button but could not find it in the dark.

Peta, 36, grabbed their three-year-old son and covered him with a duvet as the gang burst into the couple’s bedroom.

Up to five masked men escaped with two Richard Mille watches worth a total of £700,000 in the raid near Ongar, Essex.

The couple said: “Nothing can ever erase what our family went through.

“Reliving our family’s experience from that night in November 2021 has been an incredibly difficult experience.

“What happened is something that no family should ever have to go through.

“There is now some comfort that two men who broke into our family home and stole from us, assaulted Mark and terrified our children are now convicted and will be facing what we hope will be an appropriate sentence for their actions.

“And we hope [it] moves some steps in ­preventing this horror happening to another innocent family.

“We have worked and continue to work incredibly hard to move on from that night as best we can, to make it a distant memory.

“It has been immensely difficult and in fact there have been times when it has felt impossible, but we will not let this event and these men’s actions define our family. We are moving forward together.”

Romario Henry, 31, of Lewisham, south London, was yesterday found guilty of two counts of robbery by a majority verdict at Chelmsford Crown Court.

Ali Sesay, 28, of Rainham, Kent, admitted the same charges at an earlier hearing. They will be sentenced on February 7.

Earlier, Peta choked back tears as she told the jury of the impact of the raid.

The former model said: “It’s your worst nightmare. My first thought was that my three-year-old was in my bed.

“It was so sudden that you didn’t have time to think how you react. I just knew my babies were asleep in that house.”

The gang fled with her husband’s £400,000 Richard Mille watch, which he wore while racing, and her bespoke £300,000 timepiece from the same brand.

Mark is a brand ambassador for Richard Mille and the gang may have been looking for a diamond-encrusted blue sapphire watch he had been loaned for an awards ceremony.

Mr Okorosobo, who held his head in his hands as he was found not guilty, had told jurors that he was stabbed in the leg months before the robbery.

In a prepared statement to police after his arrest, he insisted that he was “unable to do any” of the offences and that “any human could see I’m incapable of doing this”.

He explained how he had lent his mobile phone to Sesay who took it on the robbery.

Police tracked the movements of the device in the area around the Cavendishes’ home on the night of the raid.

Two other men have been identified as suspects and are on the wanted list.