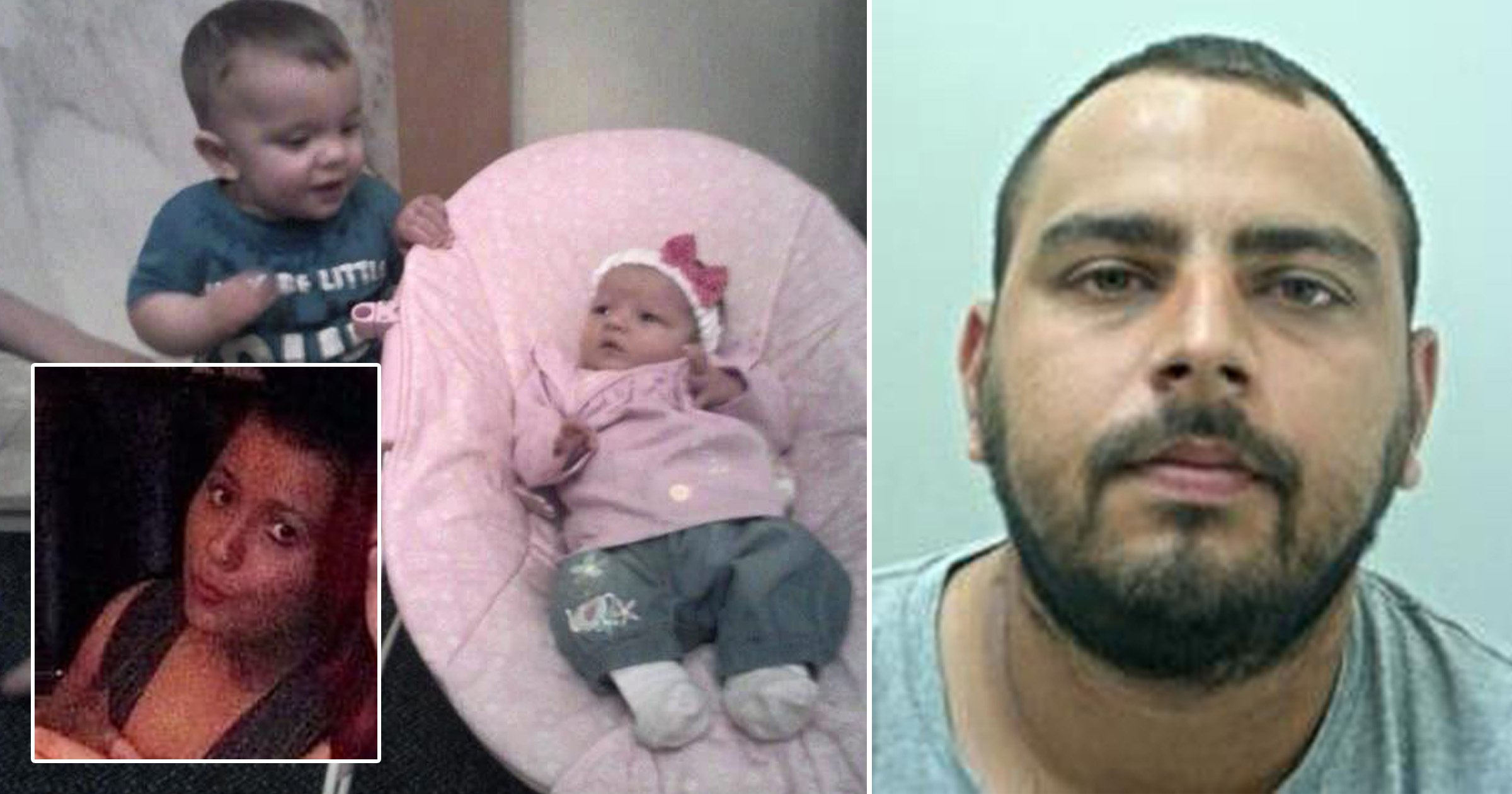 A ‘ruthless’ triple killer who murdered his newborn baby girl and toddler son and as well as a new girlfriend years later while on bail is facing life behind bars.

Jordan Monaghan, 30, was described in court as a manipulative and controlling gambling addict who could not face being rejected by his partners.

He smothered his 24-day-old daughter Ruby on New Year’s Day 2013 as she slept in her Moses basket while his then-partner Laura Gray, 28, was asleep upstairs.

Months later, in August of that year, Monaghan took his 21-month-old son Logan to a public swimming pool where he smothered the infant while alone in a changing room cubicle.

It was not until police carried out a review into the killings in 2018 that new information came to light and Monaghan was arrested.

The construction worker was on police bail when he murdered his new girlfriend with a deadly cocktail of prescription drugs which he had bought on the black market in October 2019.

Monaghan, who has been suffering a minor illness, was not in court as the guilty verdicts were delivered following 26 hours of deliberation across six days.

Ms Gray, the mother of the child victims, could be heard weeping in the public gallery as they were read out.

Monaghan was also convicted of two counts of attempted murder to a third child who cannot be identified for legal reasons.

The judge, Mr Justice Goose, ordered the defendant to be brought from prison to the court for sentencing at 3pm.

Martin Hill, deputy head of the Crown Prosecution Service (CPS) North West’s Complex Case Unit, said: ‘Jordan Monaghan’s cruelty is beyond belief and the ruthlessness of these murders is harrowing.

‘It is difficult to comprehend the depravity that went into planning and committing these murders.

‘Together, the CPS and Lancashire police were able to build a strong case against him by ensuring all possible medical explanations for the deaths of the children could be discounted.

‘I cannot begin to imagine the pain and suffering that Monaghan’s actions have caused to the families of the victims. They have conducted themselves with the upmost dignity and been incredibly brave and patient throughout.

‘Nothing can make up for the loss of their loved ones, but we can only hope, following today’s conviction, they feel justice has been done. Our thoughts remain with the families.’