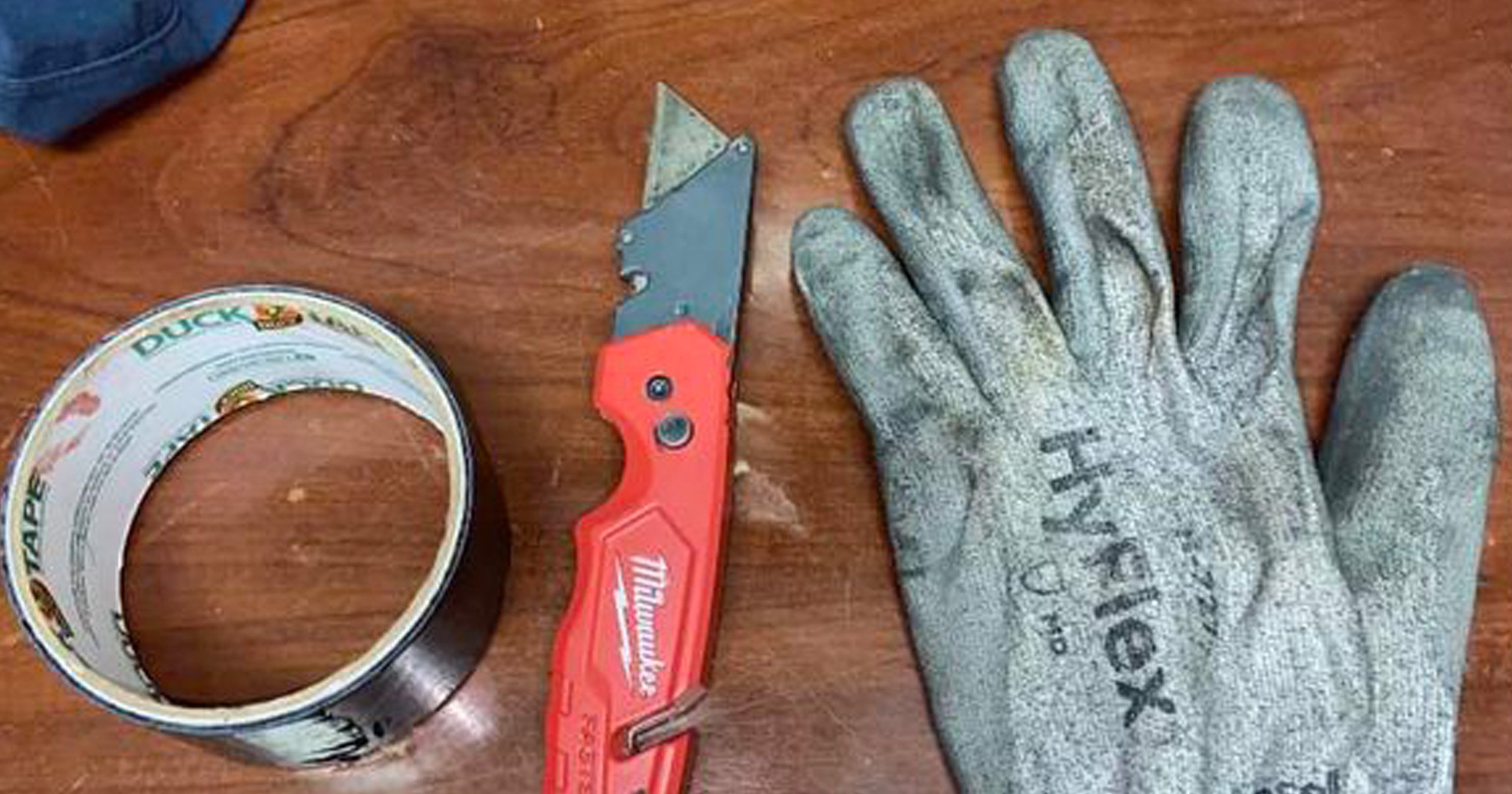 A man was arrested after cops found him hiding in a woman’s closet with a folding knife, duct tape and a glove.

The creepy incident transpired around 2.40am on Sunday, when a woman living on the 1300 block of West K Street called police dispatchers and reported hearing noises coming from a bedroom, the Benicia Police Department posted on Facebook.

The woman remained on the phone with dispatchers while waiting for cops to get to her home.

‘When officers arrived, they found the suspect hiding inside a closet in possession of a folding knife and a roll of duct tape,’ stated the department.

The knife appeared partly rusted, the single Hyflex Ansell glove was blackened and the roll of black duct tape was nearly all used.

Timothy Allen Allison, 41, was arrested after a ‘brief struggle’ and booked into Solano County jail.

His vehicle was later located nearby.

The woman was not physically harmed.

‘We are providing as much support as possible after this traumatizing incident,’ the police department stated.

Allison has been charged with a first degree felony including burglary/breaking and entering, misdemeanor disorderly conduct including loitering on private property and obstructing or resisting a public peace officer or emergency medical technician.

Benicia is city by the water in the North Bay of the San Francisco Bay Area. It has a population of about 27,000.

It has a crime rate that is 36% higher than other California towns and cities, according to FBI crime statistics.

Benicia’s crime rate is also higher than the national average in communities across the US, according to neighborhood scout.

There is a one in 63 chance of being a victim of violent or property crime. Benicia’s crime rate is 16 incidents for every 1,000 residents.

HSE doesn't know how many consultants it employs