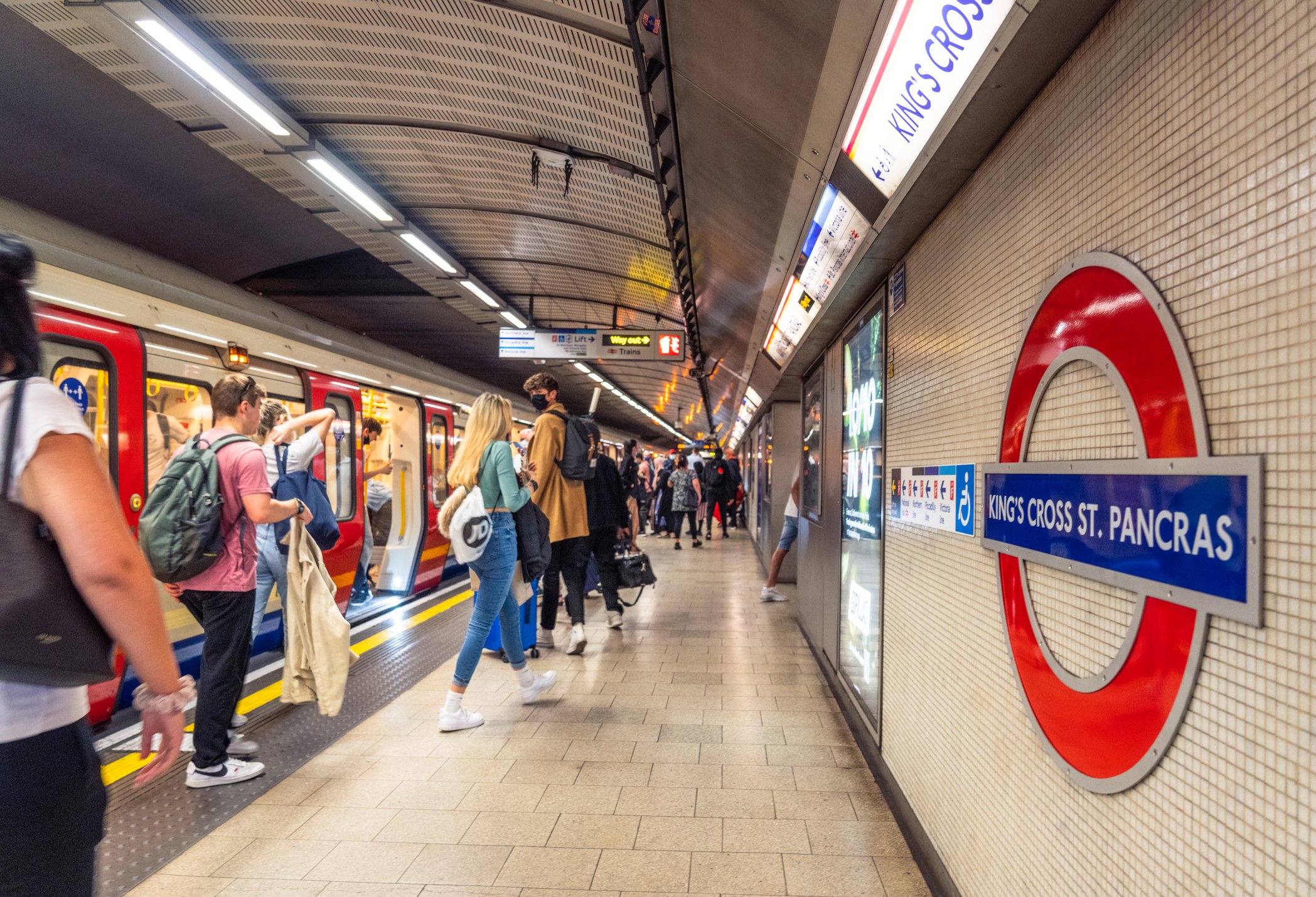 A man was hit by a train today after allegedly trying to pull a woman onto the tracks at King’s Cross station in central London.

The woman, who is thought to have been a stranger, was unharmed but the man was taken to hospital for head injuries.

A British Transport Police spokesperson told the Evening Standard that emergency services were called to the Hammersmith and City Line just before 1.30pm this afternoon.

‘It’s believed a man attempted to pull a woman onto the tracks, before being hit by the train himself,’ they said.

‘While enquiries into the incident are at an early stage, it’s not believed the two were known to each other.’

The man was arrested on suspicion of attempted murder.

A passenger travelling on the Metropolitan Line shortly after the incident shared photos of his journey and tweeted: ‘Lots of police and weirdness on the Met line @TfL King’s Cross. No movement, lights off… no info’.

There were severe delays on the Circle, Metropolitan and Hammersmith & City lines following the incident, with tickets accepted on London buses.