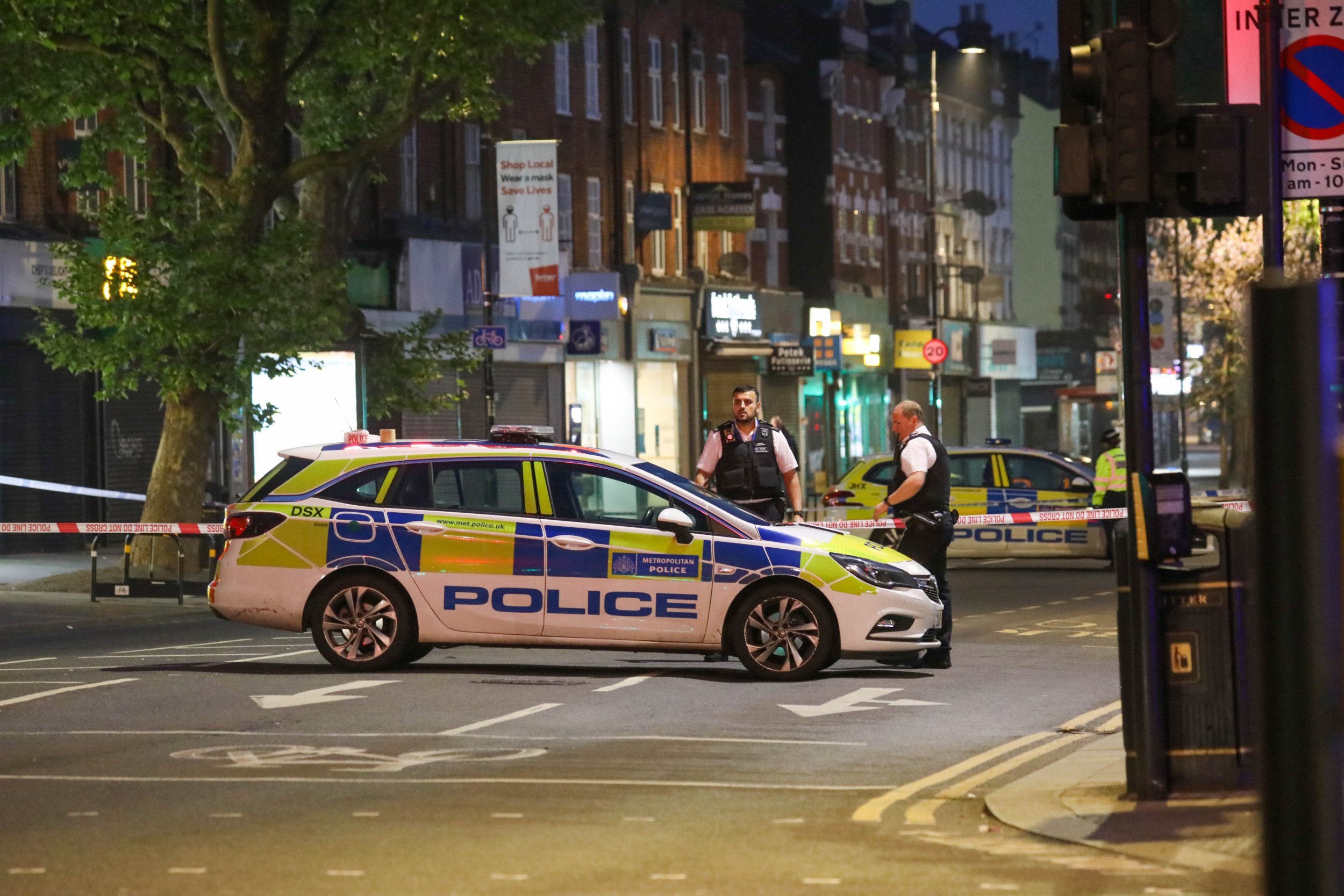 A murder investigation has been launched after a man was shot dead outside a Tube station in the early hours of the morning.

The emergency services rushed to the scene on Turnpike Lane, north London at 1.21am today following reports of gunshots.

Paramedics from the London Ambulance Service and London’s Air Ambulance found a man in his 20s with a gunshot injury.

They attempted to save him but he died shortly before 2am.

The road has now been closed and a cordon put up while police investigate what happened.

The Met Police confirmed a murder probe is now underway.

A statement from the Metroopolitan Police said: ‘Police were called at approximately 1.10am on Friday, May 28 to reports of a firearm discharge in the vicinity of Turnpike Lane and Willoughby Road, N8.

‘A man, believed aged in his 20s, was found suffering a gunshot injury. Despite the best efforts of the emergency services he was pronounced dead at the scene at 1.55am.’

They said the man’s next of kin has been informed but no arrests have yet been made.

Enquiries are ongoing and anyone with any information can call the police on 101 or Crimestoppers anonymously on 0800 555 111.