A man has been jailed for life after drowning his girlfriend in a shallow pool of stagnant water before lying and blaming her for drunkenly falling.

McWhir, from St Neots in Cambridgeshire, became angry when he believed his on-and-off again girlfriend has been texting other men.

A restraining order banning McWhir from contacting Miss Aldrich was in place at the time, which had been enforced after he smashed the windows of her home.

The pair had been having Christmas drinks with another couple at their friends’ home.

When friend Luke Holder called McWhir to say he had left some things behind at their home, McWhir confessed he was killing Ms Aldrich and urged Mr Holder to come to the wooden bridge in Loves Way, St Neots.

Mr Holder and his girlfriend rushed to try to stop McWhir and found him holding Miss Aldrich under the water.

Mr Holder successfully pulled 6ft 2in McWhir off the victim, who was more than a foot shorter than her killer.

Mr Holder’s girlfriend and mother, who had joined them, tried to help her. Police described her as “facedown in the water and extremely cold”.

McWhir attempted to run away, but was found by officers still wearing his wet clothing.

In his interview, he implied that Miss Aldrich had been drunk and fallen into the water. He denied hurting her and claimed he had attempted to rescue her but had been unable.

Detective Inspector Emma Pitts said: “This was a vicious, cold-blooded murder for which McWhir has shown no remorse. 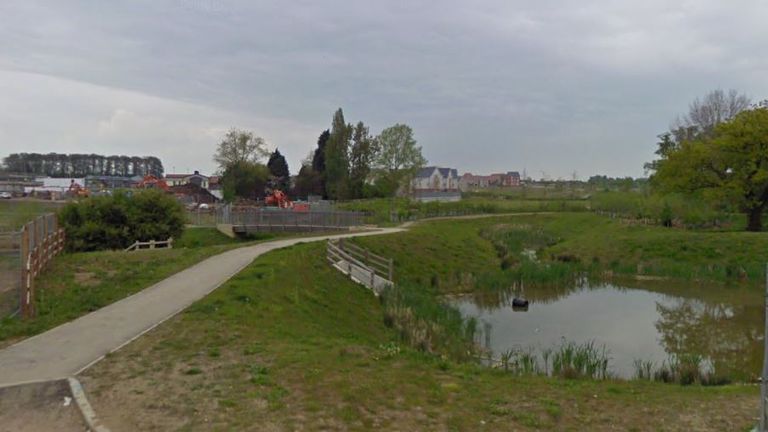 “He physically overpowered Marissa, who was more than a foot shorter than him and considerably lighter, and held her under freezing cold stagnant water until she died. He only released her when confronted by his friend and by then it was too late.”

McWhir was sentenced to life in prison with a minimum term of 18 years at Cambridge Crown Court on Friday.

He previously pleaded guilty to attempting to pervert the course of justice in relation to the case, for which he was sentenced to three years in prison to run concurrently.

He also pleaded guilty to breaching a restraining order banning him from contacting Miss Aldrich, for which he received no separate penalty.

Miss Aldrich’s mother, Gemma, had been with her daughter’s children on a special holiday following a difficult year for the family.

Recalling the police phone call, she said: “Nothing was to prepare me for the next few moments. My life was to change forever… I spoke to a lady who said she was a police woman. She said she was sorry to inform me but my daughter had died.”

She continued: “The policewoman had to say ‘Gemma, Marissa was murdered’ for reality to set in.

“Those words ripped my heart out, my world was never going to be the same again. I was violently sick due to shock but I knew had to be strong for the children. Once they knew their innocence would be gone forever.”

She told Miss Aldrich’s children that their mother was seriously hurt but didn’t say she had died at that time. 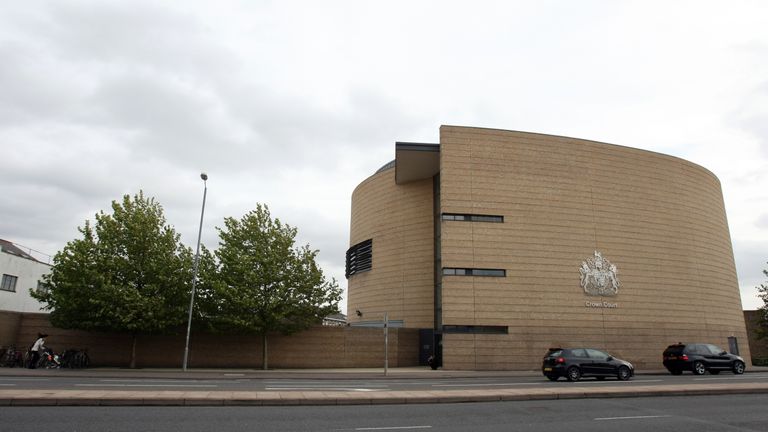 Gemma Aldrich said: “The children started to cry but I said ‘mummy wouldn’t want that so let’s enjoy our last day/evening’. That is exactly what we did. I was broken inside but I had to put on a brave face, and pretend everything was going to be ok.

“That night the children went to sleep, I then sobbed my heart out. I woke the next day with bloodshot eyes, but I knew I had another day of staying strong for the children.”

When they returned home, she was asked to identify Miss Aldrich’s body.

She said: “Something a mother should not have to do for their young daughter who had a lifetime of happiness ahead of them. I was not allowed to touch Marissa as she was police evidence. All I wanted to do was to hold her so tight and give her my life energy, but I couldn’t, I was not allowed.”

She left a cuddly toy which smelt of home and a picture of the children to remain with her daughter’s body.

She continued: “Every night I check on the children before I go to bed, most nights I find Marissa’s son asleep with his mum’s scarf wrapped over him. It breaks my heart over and over again seeing him like this.

“They say ‘life goes on’ and ‘it gets easier with time’, well I can tell you, life doesn’t go on. I don’t live anymore, I exist. I only drag myself through the day to help Marissa’s darling children have the life she would have wanted for then. Time will not heal this.”

€25,000 for leisure centre worker fired over photo of teen on staff computer