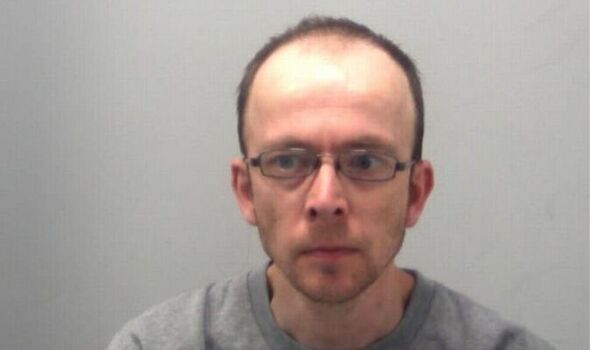 A man jailed for life after murdering his disabled mum was found to have been searching for information around life insurance payouts, a court has heard.

Andrew Wilding set the house on fire and left his mother to die. The 42-year-old was sentenced today at Basildon Crown Court to a minimum term of 27 years in prison for the murder of Elsie Pinder.

Throughout that investigation, police uncovered a significant number of internet searches being carried out in the lead up to the incident. Those searches related to “fires”, “arsons”, “murders” and “batteries involved in fires”.

Officers also found evidence of searches around inheritance pay-outs and the life expectancy of a person with a stroke.

After being found guilty by a jury yesterday (December 1) at the same court, Wilding, of Southend-on-Sea, appeared in the dock wearing a lilac Puma jumper over a white shirt and wore glasses. He had been found guilty of murder, and also of endangering the lives of the two adults and young children who lived in the flat above where he and his mother lived.

Prosecution counsel Andrew Jackson read out two personal statements, first from Paul Pinder, Elsie’s son, EssexLive reports. Paul said that when he heard about the fire, “it filled me with panic and fear and the need to be with her.”

He had hoped it was a tragic accident, only to discover later that it was no accident at all. Mr Pinder said: “This incident has left me anxious, angry, bitter, unforgiving and emotional.” He now has nightmares of him trying to pull his mum out of the fire.

Mr Jackson also read out parts of a statement written by Luke Howell, who lived, along with his partner Yasmin and their young children, in the flat above Elsie and Wilding’s. Mr Howell said: “On July 3 Yasmin and I were woken up by the voice of our neighbour. I’ll never forget the scared tone of her voice and to this day I have nightmares about this. Andrew Wilding knew Yasmin and young children were in the flat that night and proceeded to put our lives at risk.”

He continued: “Since this incident, I have taken a personal responsibility for not having been able to get Elsie out of the property. I did try my hardest and I am haunted daily by what I saw.

“I am a proud man but Andrew Wilding has broken me, as he has caused me to break down emotionally and mentally.”

The court heard that an estate agent estimated the financial cost of the damage from the fire also exceeded £100,000. Mr Jackson also emphasised how Elsie was particularly vulnerable because of her disability. She had suffered a stroke and had mobility issues, requiring the use of a walker.

Mr Jackson described evidence that she suffered mentally and physically before her death, with her screams for help. He said: “She was awake when she sustained her fatal injuries and was therefore conscious as hot gases burned her throat and led to her death.”

Judge Samantha Leigh summed up the trial, which heard that Wilding had carried out significant pre-planning, including researching arson and how he could innocently cover his actions. He had also disabled the smoke alarms in the flat.

Judge Leigh told Wilding: “This was an evil, preplanned act. You showed no mercy for the care you had in the past 10 years given to your mother.”

Wilding gave no reaction to the judge’s words and remained passive when given his sentence. He has already been remanded in custody for 500 days, so will serve a minimum term of 25 years and 230 days.

Wilding will also serve a concurrent sentence of eight years for endangering the lives of others as a result of setting the fire.

Fraudster is spared jail for duping fans out of €8,000 for gig tickets