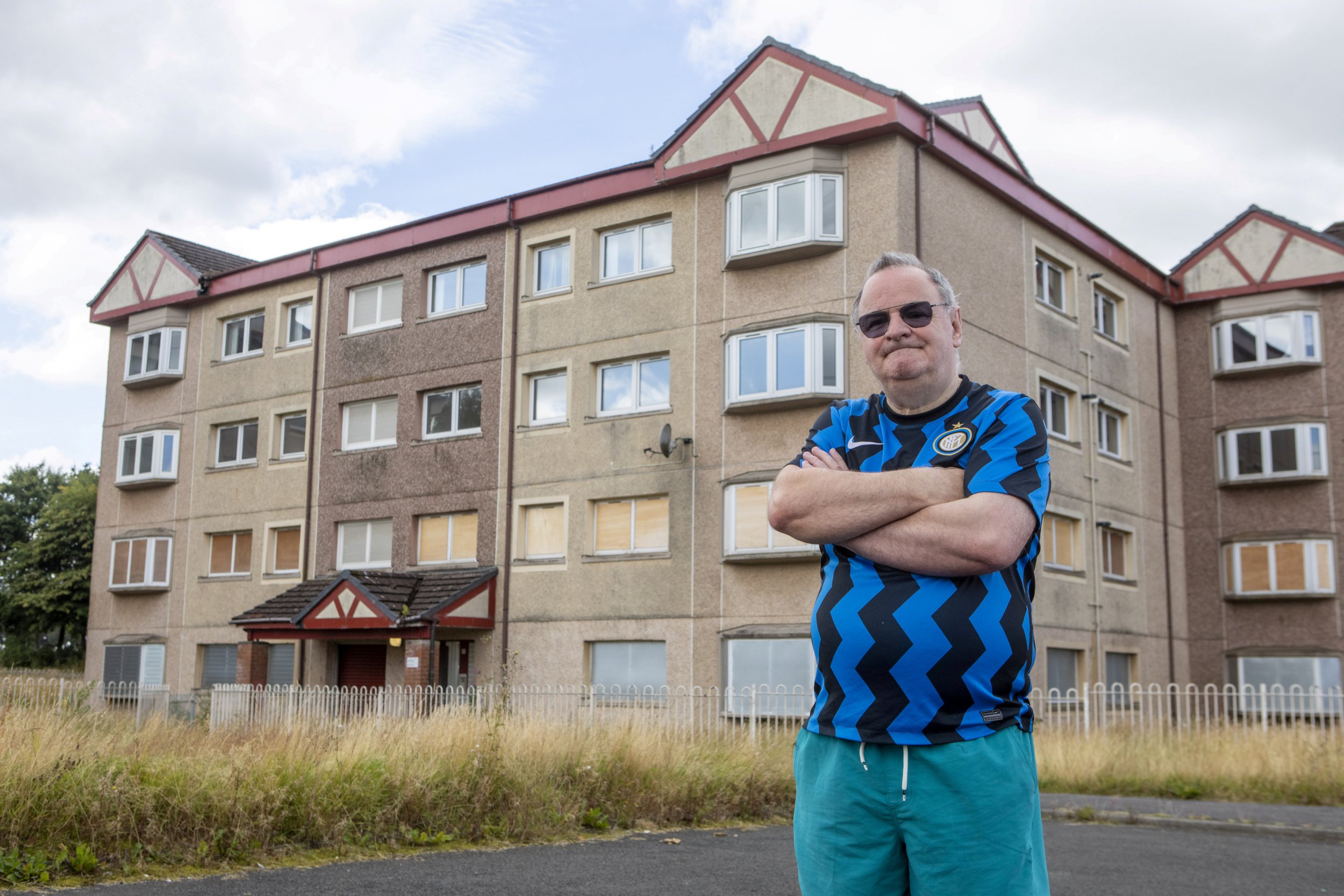 A man who lives alone on a near-abandoned estate has refused to up sticks.

He’s encircled by empty homes that are all scheduled for demolition.

Nick’s local council has tried to buy him out, but he is determined to stay put despite his lonely surroundings.

He has no neighbours living beside him in 128 flats after the last of around 200 residents moved out last December.

At a recent planning committee meeting councillors gave the green light to approve the start of the compulsory purchase order process for Nick’s flat.

But he’s shrugged off the pressure for him to move – and instead is planning on spending £1,000 to repaint his living room, get new carpets, and panel his hall.

Council officials offered Nick £35,000 for his flat plus two years’ rent somewhere else if he moved but, still, the determined 66-year-old declined.

Retired bank worker Nick said: ‘I am not looking for a new house.

‘I have decided to paint and wallpaper my hall and living room and get a new carpet in the living room which is costing about £1,000.

‘I have started taking the wallpaper down in my hall and ordered wood panelling which I am hoping to get up next week.

‘I am not worried about spending the money on doing that stuff because I am not going anywhere. I heard the council have a compulsory purchase order but they have not contacted me about it which I am really shocked by.

‘I am staying put. Even if the council has a compulsory purchase order it would still take a while.

‘I am not worried about it.

‘I am still planning on spending Christmas in the house this year.’

Nick said council chiefs left the area abandoned and overgrown with empty properties boarded up after the last residents left.

But he said he was shocked to recently see the grass had been cut, his close cleaned, and new lights fitted in the lampposts.

“They have stared to clean my close which I thought was strange.

“Then they replaced the lights in the lampposts and cut some of the long grass around the car park.

“I think it’s a bit crazy if they are saying they are still going to demolish the place.

“The whole place was meant to be getting demolished last November, it doesn’t make any sense to me what’s going on but I am happy because I am still here.”

Nick bought his flat in 2017 under the Right to Buy scheme which helped council tenants buy their homes at a discounted price.

Meghan Markle will ‘never’ be in league with Kardashians, claims sister Samantha