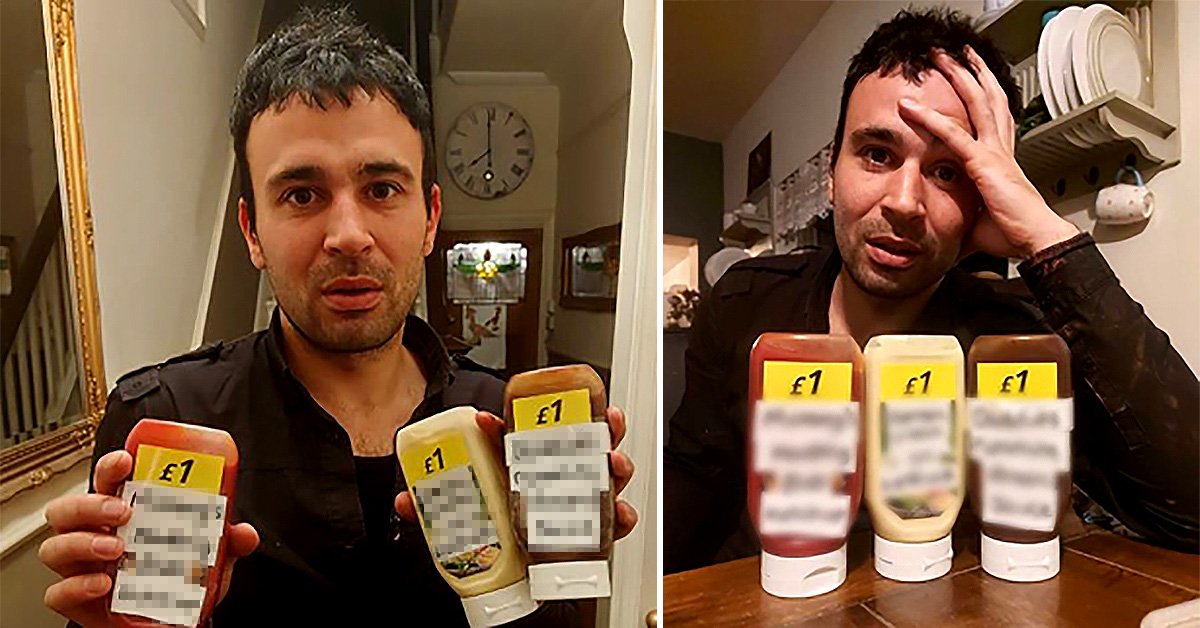 A man who complained about the ‘sexual’ nature of a Pizza Hut ketchup says jokers now won’t stop leaving sauce at his front door.

Adrian Shann, 31, has begged people to stop pranking him, saying the sexualisation of popular condiments is no laughing matter.

Since speaking out in the press about the ‘Shake, Squeeze and Squirt’ ketchup, Adrian says someone has been leaving £1 sauces with handmade labels on his doorstep.

Each has a description with sexual connotations, based on the colour of the condiment inside.

Ketchup, salad cream and brown sauce have been left so far, while hairdresser Adrian, from Hull, has also had to remove dozens of comments from his professional Facebook page.

He originally criticised what he believes are sexual references on the branding of the bottle, which he compared to an ‘app for swingers.’

He was concerned that the ketchup was ‘inappropriate’, particularly in a restaurant popular with children.

Speaking about the £3 worth of sauce left on his doorstep, Adrian said: ‘I feel like people are not looking at it the way that I am looking at it.

‘I appreciate the £3 but there is nothing to laugh at about it. I just wish people would stop leaving ketchup at my door.’

Meanwhile, Adrian is yet to receive a response from Pizza Hut about his sauce campaign.

He said he had been inundated with comments from both people expressing support and those doubting his claims.

‘I am not a child and I am not offended by it personally, and people don’t understand that.

‘I think it is inappropriate to be around children. For all of these people to defend a company when they can’t give a reason themselves on why they’ve decided to use that slogan makes no sense.’