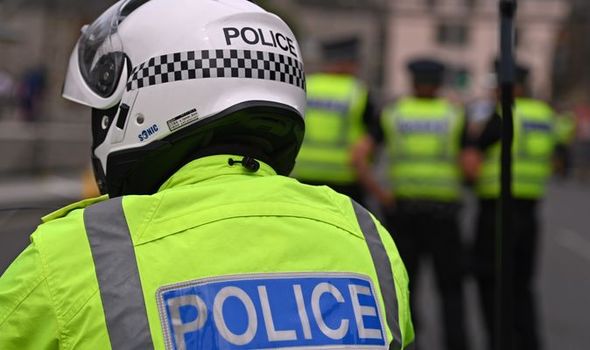 On October 13, a 14-year-old girl made her way home from school and was forced off the main road. After being forced off the road, the man dressed as a police officer proceeded to search the teenager’s clothes.

The stranger who approached the young girl was seen wearing a yellow hi-vis jacket.

After approaching the teenager, the man is reported to have rideen off on his bicycle.

According to police, the man approached the 14-year-old in the Three Bridges area of Crawley, West Sussex, just after 8am on October 13.

Sussex Police confirmed an arrest has been made as they said: “A man has been arrested after a teenage girl was approached by a stranger in the Three Bridges area of Crawley on Wednesday morning, 13 October.

“It was just after 8am on Wednesday when a 14-year-old girl, on her way to school, was approached by a man wearing a yellow hi-viz jacket, who took her to an adjacent area off the road and searched her clothing before cycling off.

“Following police enquiries and further information, a 32-year-old local man was detained in the town at 11.15am on Thursday 14 October. He was arrested on suspicion of kidnap and of impersonating a police officer and is currently in custody for interview and further enquiries.”

Superintendent Marc Clothier said: “We understand that this arrest will impact communities.

“We want to reassure people we have not received any similar reports at this time and there is no current risk to anyone in the community in relation to this case.

“You will see more uniformed patrols in the area, and we encourage you to stop and talk to us if you have any concerns.”

This incident comes just weeks after Met Police Officer Wayne Couzens was arrested for the kidnap and murder of Sarah Everard.

As Ms Everard walked home, Mr Couzens, with his police uniform on, handcuffed Ms Everard – citing this as a Covid arrest.

Following this incident, police were met with fury after they declared that women should “flag down a bus” if approached by a lone police officer.

Labour MP Wes Streeting said: “Apparently bus drivers should stop if someone is waving them down in the street away from a bus stop, just in case, because that’s a better answer than the Met getting their act together?!

“The more ministers and the Met are saying, the less reassuring they are. Utterly woeful”.

After the arrest of the 32-year-old Crawley man, Sussex Police have since issued advice on what to do if approached by someone claiming to be a police officer.

Superintendent Clothier said: “We understand some people may want additional reassurance when interacting with a lone police officer and when you are alone.

“If this is the case, genuine officers can use their police radio on loudspeaker to talk to the operator in the police control room.

“The operator can confirm the identity of the officer, that they are on duty and carrying out legitimate policing business.

“You can also ask a passer-by to observe.

“Off-duty officers intervening in a crime in action or where someone is vulnerable, and not carrying a radio, will quickly call 999 for back up.”