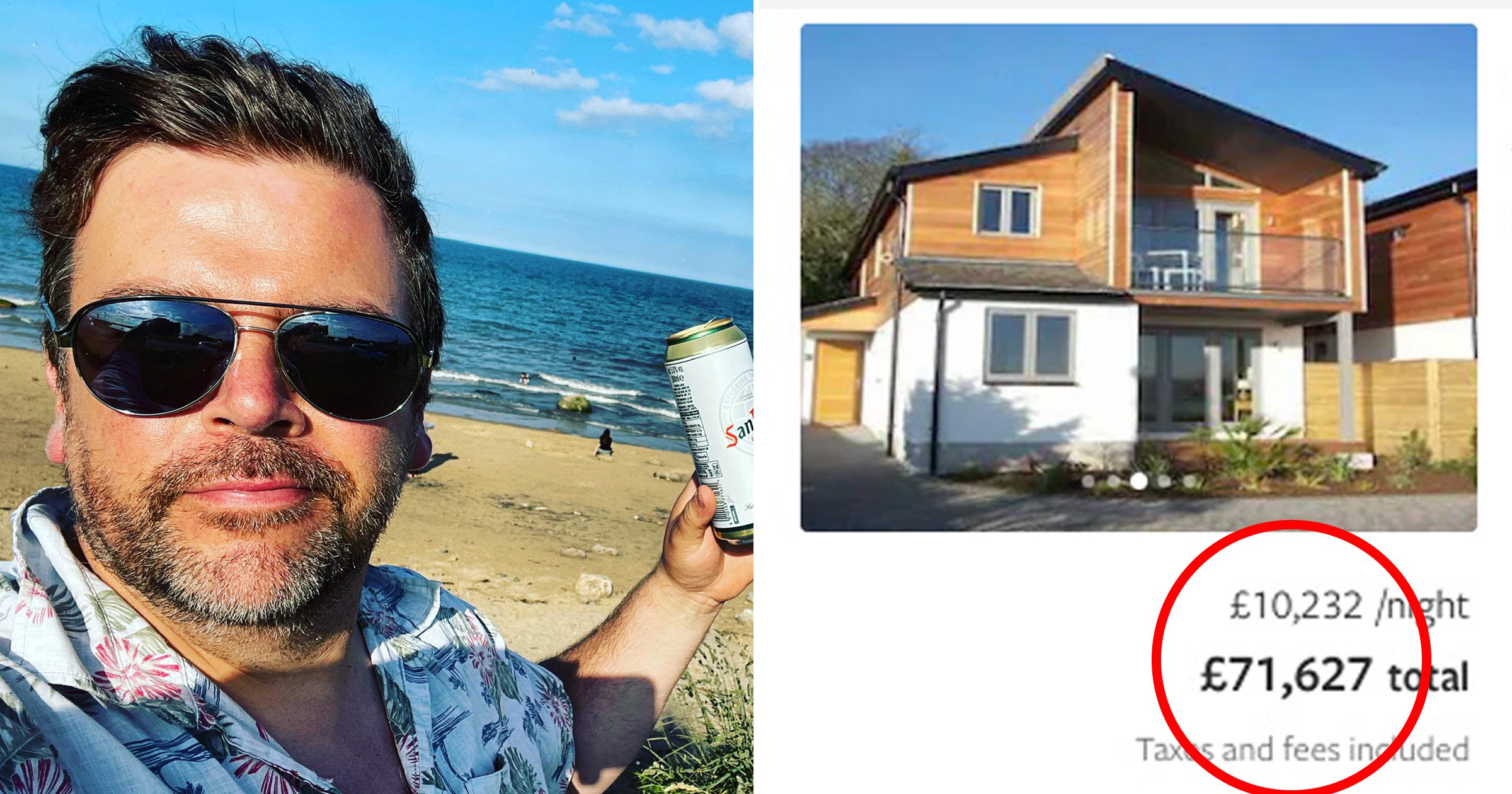 A man claims he was quoted more than £70,000 for a one week stay in Cornwall as he slammed the ‘staggering’ staycation prices this summer.

Paul Nickerson enquired about renting a three-bedroom home in St Ives but was aghast when he was told it would cost £10,232-per-night.

Paul was searching for a summer break for his three sons, who are all aged under five.

He wanted to go for the week beginning August 14, right in the middle of the summer holidays.

Searching for properties that slept five in the picturesque town, which recently hosted world leaders for the G7, he couldn’t believe one cost more than double the average UK annual wage.

Paul, a Tory councillor, from Beverley, East Yorkshire, said: ‘Everything I have seen is about 50% more than their normal price.

‘We have a young family so we normally do have a UK staycation as it’s easier. But it’s normally affordable for a family, but this was shocking.

‘I thought it must have been a mistake, but having checked other properties, it is clear it isn’t, as they’re all far more.’

Paul accused holiday home owners and firms of exploiting the lack of available properties and the narrow choices people have for holidaying this year.

‘It’s a supply and demand issue and they’re exploiting it,’ he said.

‘A lot of people in the UK need and want a holiday, but many will not be able to afford them. I don’t know anyone who can afford £71,000 for a week’s holiday.’

It is near where the G7 summit of world leaders including Boris Johnson and Joe Biden was held last month.

The blurb added: ‘It is furnished to an exceptional standard and is 200m for the train to St Ives and 10 minutes to a wonderful largely deserted beach. The spacious garden is ideal for children and BBQ’s.’

Paul said he gave up on searching for affordable Cornwall properties and is now considering camping in East Yorkshire’s South Bay in Bridlington instead.

Vaccinations alone are unlikely to contain coronavirus infections in the UK, study warns

Ken Clarke reacts to ‘frantic’ MPs ‘SHOVING’ out May – ‘Thatcher wouldn’t put up with it!’