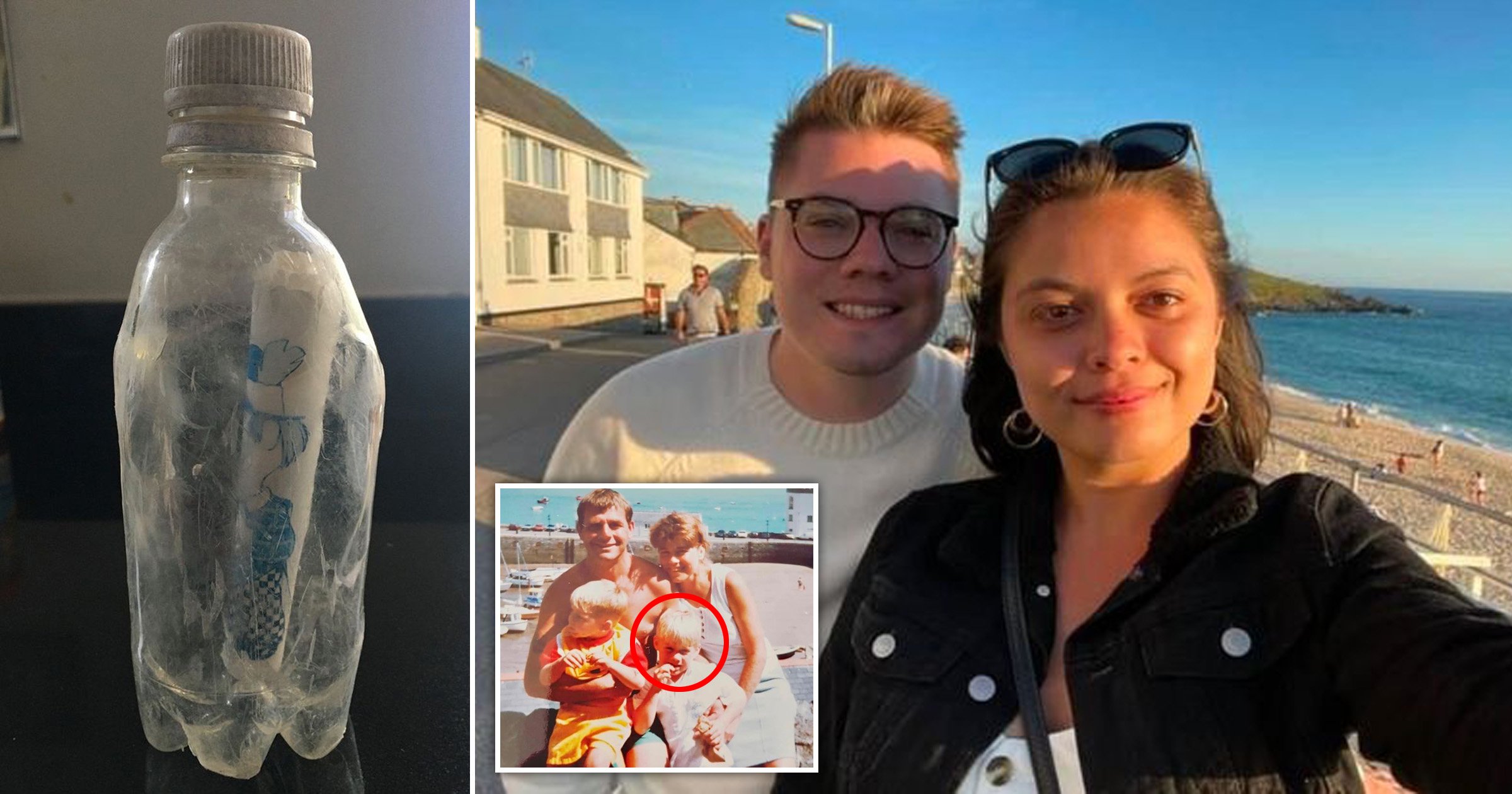 A message on a child’s birthday party invitation in a bottle thrown out to sea by a six-year-old boy has found its way back to him.

Alex Melling, now 30, was reunited with the bottle thanks to a chance surf of the web and a friendly family from Newcastle.

The message has huge significance for him as it was written by his mum Valerie who died of cancer aged 49 when he was a teenager.

He’s since shown it to his family including his brother and their ‘emotional’ grandmother Lilian Wetherby, 86.

Alex, who’s unclear where exactly he threw the bottle out to sea in 1997, said: ‘Reading my mum’s note was really nice as it was her handwriting and her words.

‘My brother Daniel was buzzing and my grandma was really emotional.

‘I will be keeping the bottle forever now with some other keepsakes. I can’t quite believe it.’

The bottle was picked up by Izzy Winter, 17, and her brother Freddie, 22 when they took a camping holiday in south west Scotland with friends Liam Kelly, 22 and Cat Jones, 19.

The group took to the waters off Garlieston, anchored their boat and went to explore some caves.

Inside, they found a roughed up bottle containing a note, which read: ‘If found please return to 27 Gilbert Street, Hindley. Thank You. Please address to Alex.’

Izzy said they did as it said and wrote to the address. But after weeks with no response, their dad Rex, a solicitor, 62, tried to find Alex on Facebook.

He posted about the discovery in the group Hindley Residents. The post read: ‘I don’t know if the bottle is 5 years old or 30 years old, but I’m sure that Alex would be interested to learn where it ended-up!’

By sheer good fortune Alex, who today lives at a different address in Hindley, Greater Manchester, started browsing the group.

He scrolled back up and ‘just could not quite believe it’ when he saw his name mentioned in Rex’s post.

The Winter family posted the bottle back to him with a bottle of Jack Daniels whiskey as a celebratory gift, and he has written a letter of thanks back to them.