A man has used a hammer to attack a statue sculpted by a sex abuser outside the BBC’s Broadcasting House in central London.

The man began bashing the sculpture by Eric Gill on Wednesday afternoon and continued for over four hours.

The Metropolitan Police said officers were called at around 4.15pm on Wednesday to Broadcasting House in Portland Street, Westminster.

He came down at 8.45pm with help from the fire brigade before being checked for injuries and arrested on suspicion of criminal damage and taken into custody. 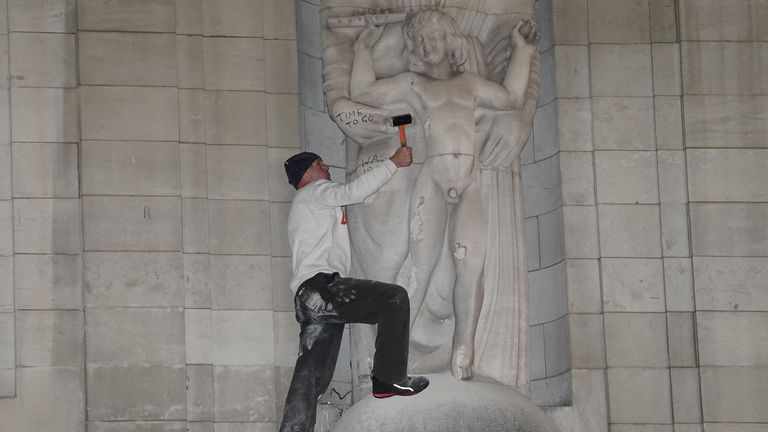 Before coming down the man, who reached the 10ft tall figures by using a ladder, said the statue should have been removed in the past.

“If this happened decades ago, I wouldn’t be here would I?” he told negotiators. 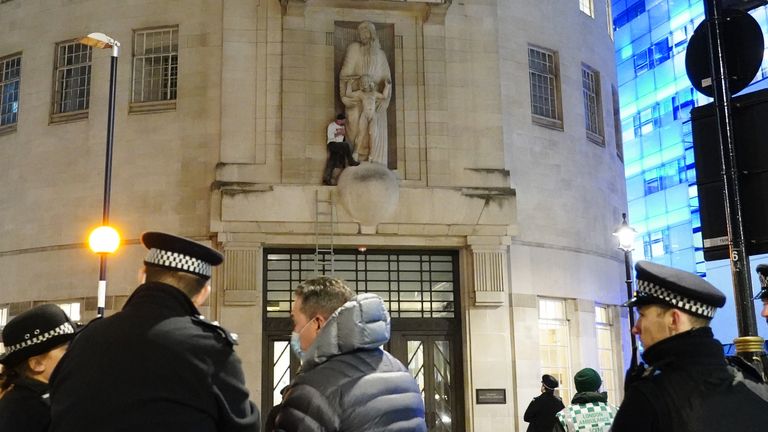 The sculpture depicts Prospero and Ariel from Shakespeare’s play The Tempest and was installed in 1933, according to the BBC.

The sculptor, Gill, is said to have sexually abused two of his daughters. 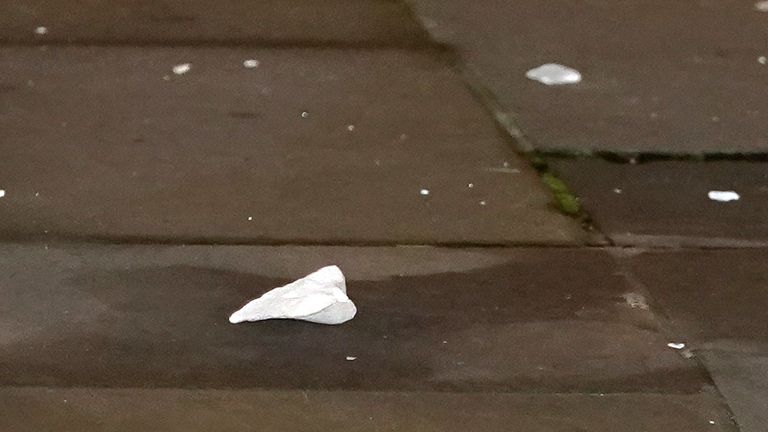 Nearly 2,500 people have previously signed a petition demanding the removal of the sculpture on the website of political activist group 38 Degrees.

It comes a week after a jury cleared four people of criminal damage after they pulled down a statue of slave trader Edward Colston during a Black lives Matter protest in Bristol on 7 June 2020.