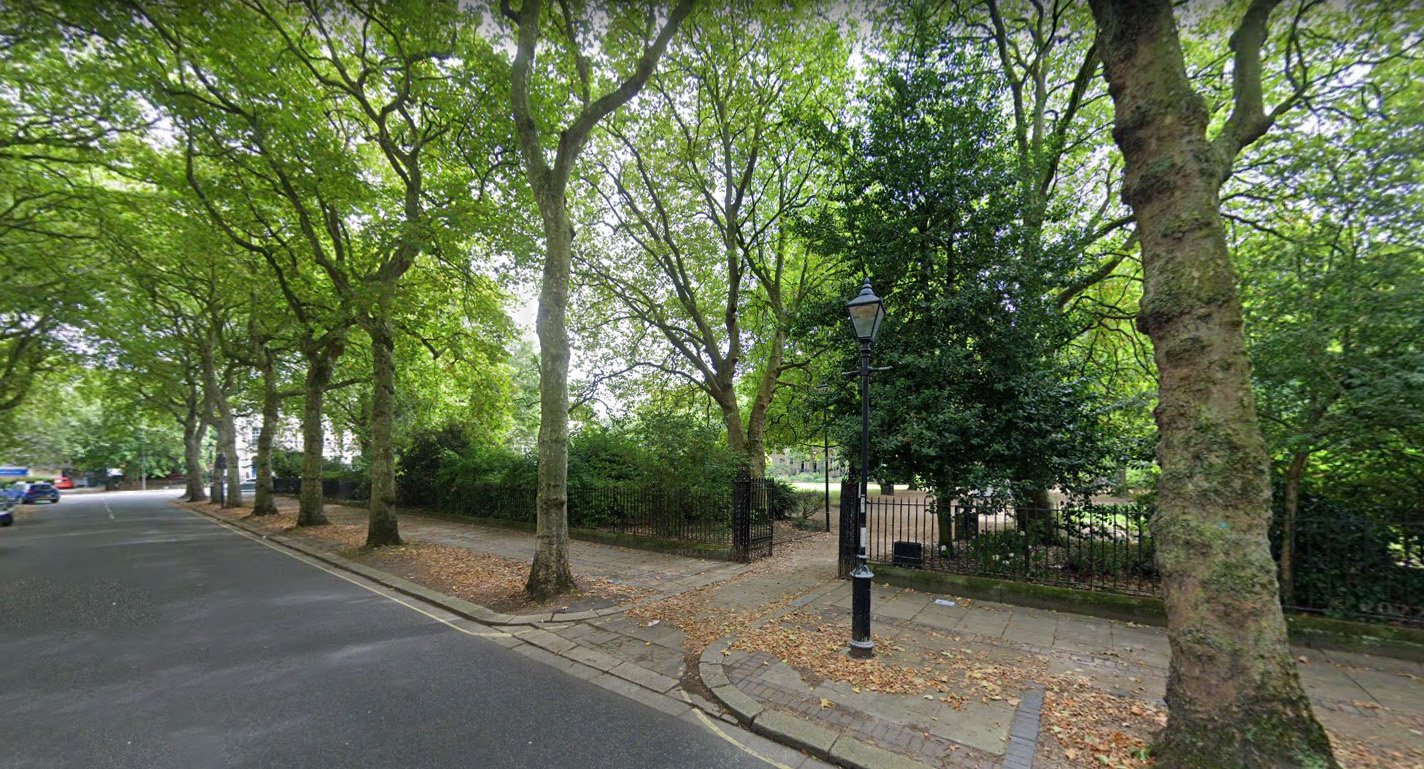 A man has been left seriously injured after falling from a flat building in Liverpool.

He was sat in a window on the third floor and ‘slipped’, according to an eyewitness.

The victim was rushed to hospital from Falkner Square in Toxteth at around 4.10pm today.

Locals have been left ‘shocked’ by the incident in the building, which is reportedly home to a lot of students.

One anonymous witness told the Liverpool Echo: ‘He was sat up there [the back of the building] in his window, I’ve seen people living there do it before – usually to have a smoke. Then it looked like he slipped and he just fell down.

‘I heard a commotion over there after it happened and there were a fair few people there, one was on the phone with the ambulance I think. The emergency services were here within minutes.’

A man said he initially thought the crime scene had been put together by a filming team as they had been there earlier in the week.

Another local woman named the case ‘awful’ and wished the man a quick recovery.

Merseyside Police said a cordon remains in place, with streets including Sandon Street and Lowther Street taped off.

A statement from Merseyside Police said: ‘At around 4.10pm, we were called to Falkner Square to reports of a man having fallen from a flat. The man was seriously injured and has been taken to hospital.

‘A cordon remains in place and enquiries are ongoing at the scene. Anyone with information is asked to contact @MerPolCC with reference 644.’