Home » Europe » Man shocked at wife’s last will and testament: Internet calls him a ‘gold digger’ 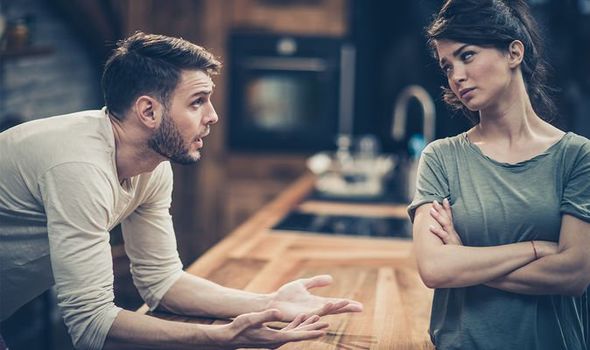 Who gets what, who gets nothing, who looks after the family dog, and who gets to stay in the house… A will can cause tension and arguments when it doesn’t go as expected. In some cases, it can lead to quite some drama.

Reddit user noobstep12 found himself in such a situation, so he took to Reddit’s popular AITA thread — which stands for am I the a** hole — to ask the community for help.

He said: “My wife and I have three kids, all from prior relationships. She has a preteen boy and girl, I have a toddler son.

“All live with us full-time. I’ve just started making a will because I just haven’t thought about it yet. She, however, has had one since her late 20s, since her first husband passed. We’ve been friends since before she met her husband.”

The man explained that he wanted his will to reflect the whole family, with an equal split three ways – but it turned out his wife had other ideas.

“I would hope that if I died, my son would get to stay with his siblings and we would pick a guardian that would take all three.

“My wife makes double what I do and got some money when her first husband died, but I assumed we were all a family by now and things could be equally shared.”

His wife shared her plans to split her will two ways between her and her biological children, with the trustee being the kids’ paternal aunt.

Shocked and confused, the man said: “She doesn’t have any plans for keeping the kids together. The two oldest would go to her late husband’s sister and her husband, who don’t want kids of their own but love their nieces and nephews.

“My son can just… go be homeless, I guess. They could even go to them if just my wife died.”

“I’m horrified by this. We’re a FAMILY. My wife isn’t interested in changing this.”

According to the man’s wife, a girl needs to have a female figure in her life, and the aunt lives close to a boarding school that her late husband and her would want them to go to.

“As to being a family, my wife cynically asked for how long. People are always going to hold their interests and those of their blood above everything else, and literally anything could happen if she doesn’t do the most to protect her children.

“I could meet someone, or have more kids, or just disagree with one of them when they got to the wrong age and screw them over.”

He concluded: “Now, I know that she was booted out of her adoptive parents home at 14 when they had a miracle baby.

“There was supposed to be 10k left for her from her biological parents that her adoptive parents stole because they legally could but this isn’t that.

“We’re actually a family, and my wife is hard at enforcing lines that don’t need to be there.”

The man asked the Reddit community for their views.

Much to the man’s disappointment, most responses said YTA (see left for reference).

One Reddit user said: “YTA. Slight difference is that a proportion of your wife’s estate came from her late husband, the father of her children.

“In a case such as this, I would think it perfectly natural that she would want his children to benefit from his portion of her estate.”

Another user agreed: “YTA. She’s doing what’s best for her children and she’s right to feel that way. She has no idea what could happen if she died first; you could remarry someone cruel, you could ignore her children, you could spend their inheritance.

“The fact that your biggest concern is getting your son his chunk of a dead man’s money is very telling. I can tell that you see her as a payday and I’m sure she can see that too.”

Other users labelled the man as a “gold digger”.

The internet has spoken. What are your thoughts on the man’s reaction to his wife’s decision?