This is the horrifying moment a new dad was fatally shot by a bow and arrow whilst celebrating the birth of his son.

Javier Alfredo Miranda Romero, 41, was wetting his baby’s head with friends in Genoa, Italy, when a neighbour reportedly launched an attack as he was being ‘kept awake’.

While the group had stood and chatted outside his apartment, Evaristo Scalco, 63, grabbed hold of a bow and arrow – a weapon he typically used to kill wild boars.

In harrowing video, the labourer is seen standing bare-chested at a window while Javier is groans in pain.

Witnesses claim they heard Scalco shout racist insults at his Peruvian-born victim before an arrow was fired, which pierced Javier’s liver.

In a longer version of the video, a tearful Javier is later heard whimpering: ‘Son of a b****. What the f*** have you done to me? My God.’

Scalco can then be heard shouting down: ‘Do you need a hand?’

A neighbour then appears on the scene and asks: ’What’s happened?’ and Javier answers:’ He’s shot me with an arrow.’ 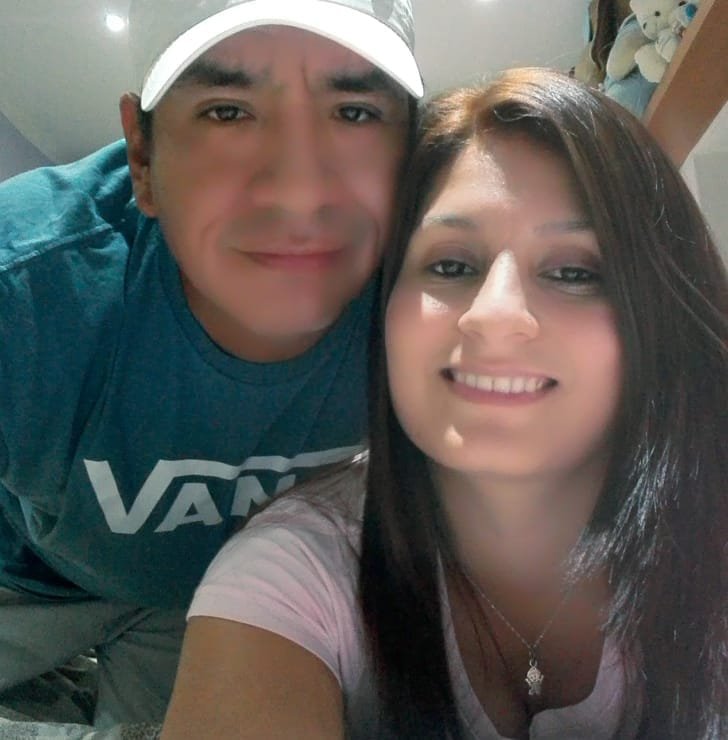 Scalco eventually runs down to help his victim, while police try to hold a crowd of Javier’s angry friends back.

Medics battled to save the new dad but the damage to his liver was too extensive and he died from his injuries on Wednesday, the MailOnline reported.

In a post on social media, Javier had previously posted a picture of the scan of the unborn baby and wrote: ‘And very soon you will be with us we wait with great eagerness my little Gustavo Giuseppe.

‘You will be our blessing, the joy of mummy and daddy.’

Police held Scalco in custody overnight on suspicion of murder and aggravated racism.

He told authorities he was tired having just returned from a job in Malta and was being kept awake by noise.

He said: ‘I looked out and saw a group of people urinating, I shouted at them but they ignored me I grabbed the bow and fired but I didn’t mean to kill anyone.’

Around 60 arrows and three bows were found in his home and police raised the property.