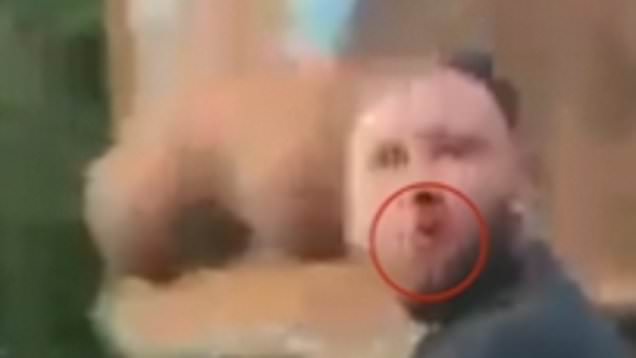 Drinkers can be heard screaming as they desperately try to stop two men from brawling at the Cricketers Pub in River, Dover.

The fighters wrestle each other to the ground before the man in black shorts appears to bite his rival’s ear off while holding him in a headlock.

A blonde woman in high heels can be seen kicking him before a bystander drags her away from the scene.

The man in shorts then pulls his bloodied adversary back up and starts pummelling his stomach.

The sparring duo get back up onto their feet and continue swapping blows, at which point the man in the black shorts spits out his rival’s whole ear in front horrified bystanders. 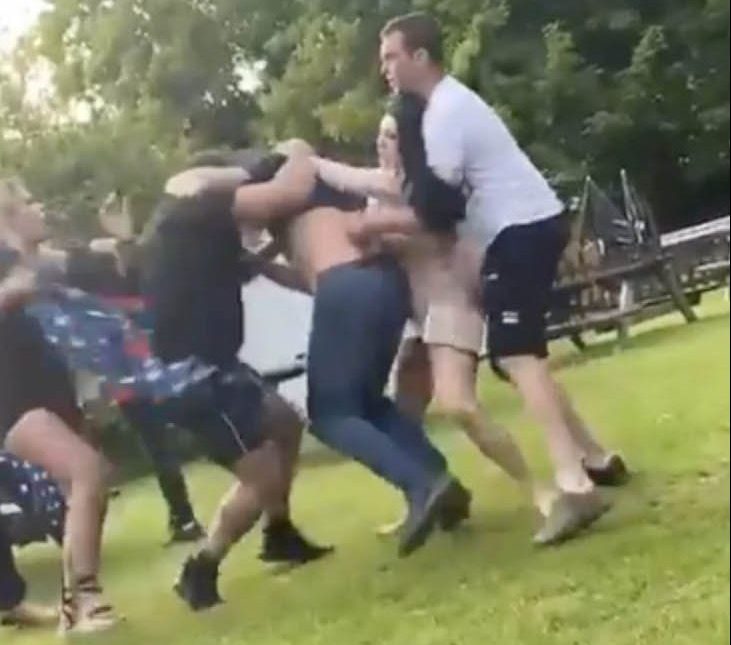 The two bloodied men continue sparring before they are finally broken apart by the other revellers.

As the man who lost his ear walks away from the scene, a woman can be heard screaming: ‘Oh my f*****g god! His ear’s gone!’

it is not known why the brawl erupted between the two men and Kent Police are investigating the attack and say the victim required hospital treatment for a head injury.

A 39-year-old man from Dover was arrested on suspicion of affray on Friday and was released on bail until June 28 while enquiries continue.

Kate heartbreak: Duchess working ‘behind the scenes’ to end William and Harry feud

Three men arrested after seizure of cocaine and cannabis worth €90k