A man has been arrested after a fire was set outside the gates of Buckingham Palace.

In the footage, a police officer dashes over to the scene and pushes a man to the ground.

A second officer then rushes over to detain the suspect.

In a statement, the Met Police told Metro.co.uk: ‘Shortly after 10.08pm on Tuesday, December 20, a 30-year—old man was arrested on suspicion of causing criminal damage after a small fire was seen near the Buckingham Palace gates.

‘The man has been taken into custody. The fire has been extinguished.’

The London Fire Brigade has been contacted for additional comment. 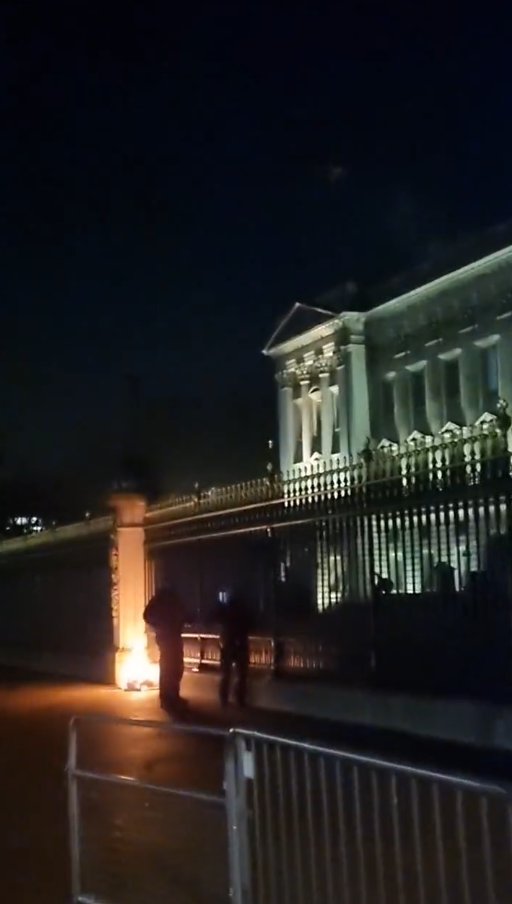