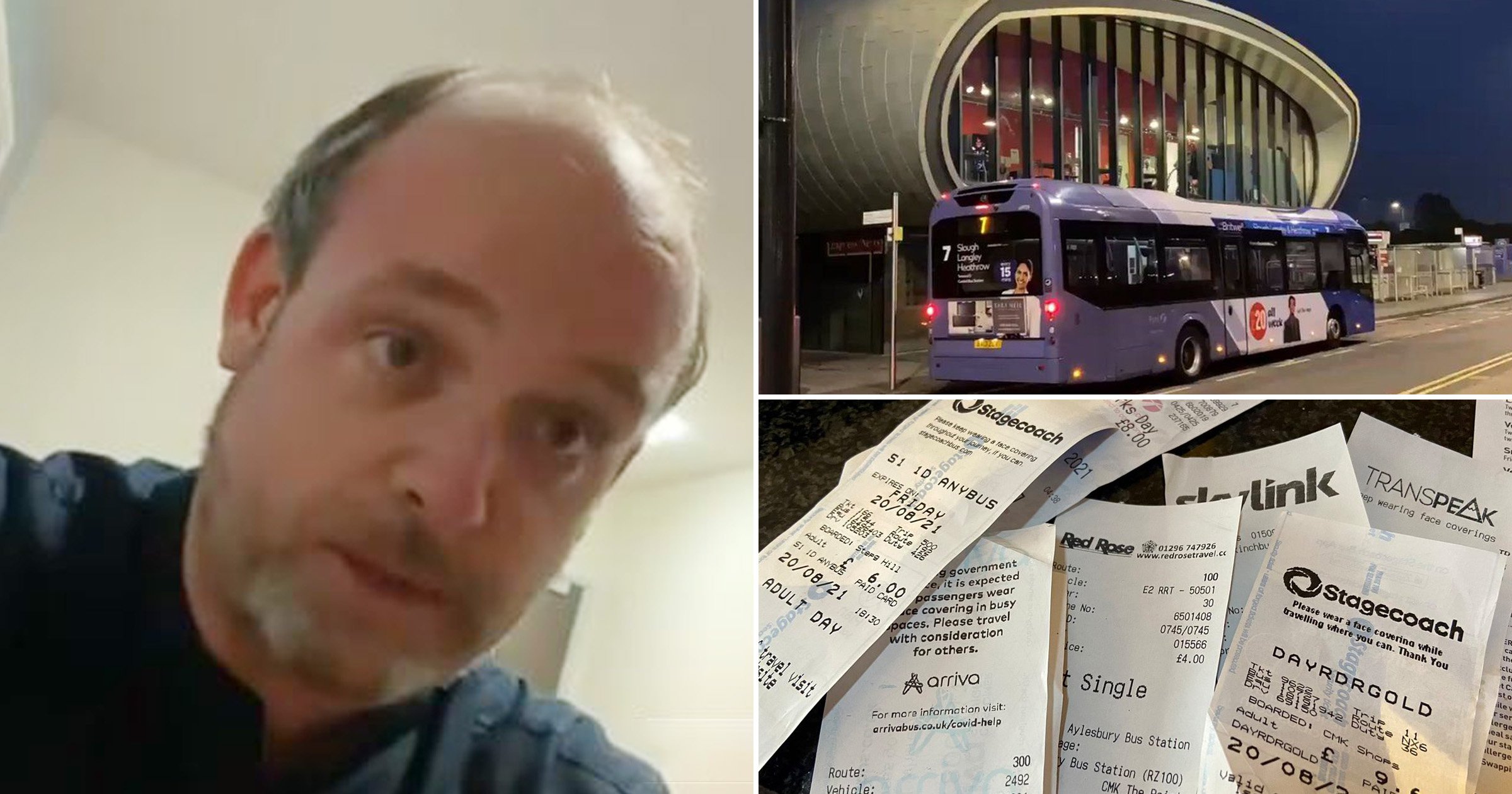 A civil servant managed to get more than 260 miles from London in 24 hours, in an epic journey across England using only public buses.

Jo Kibble’s unlikely adventure saw him hop between countless buses and end up in the Lancashire town of Morecambe – as thousands of well-wishers watched his progress over Twitter.

Jo, 39, was fuelled through the long day by a packed lunch – including lychees and chocolate biscuits – made by his wife and accompanied by a crocheted tortoise.

Jo, who is the head of the leader’s office at Ealing Council, wanted to get as far from the centre of London in 24 hours on public networks as possible – after ’18 months of having exciting travel plans cancelled’.

Having meticulously studied various timetables and planning his route on paper, he felt Morecambe – some 339.44km from Charing Cross – was the furthest he could get, but wanted to test his plan in practice.

So he set off at 3am on Friday on the N9 to Heathrow, encountering various landmarks he said he would otherwise have missed – and would usually pass by train.

Along the way, Jo paid tribute to the ‘remarkable architecture’ at Preston Bus Station, which he also discovered had a ‘large fan following’, and also enjoyed travelling through the Peak District.

But Jo was less complimentary about Aylesbury Bus Station, branding it ‘one of the most depressing places on earth’ in one of a number of amusing observations.

There were other hiccoughs on the route – notably a long delay between Northampton and Leicester thanks to fare dodgers and road works – as well as one driver stopping to tell some tourists in fluent Italian how to buy a ticket.

But in the end he arrived six minutes ahead of schedule – after 21 hours and 24 minutes, for a well-earned rest in his Morecambe hotel room.