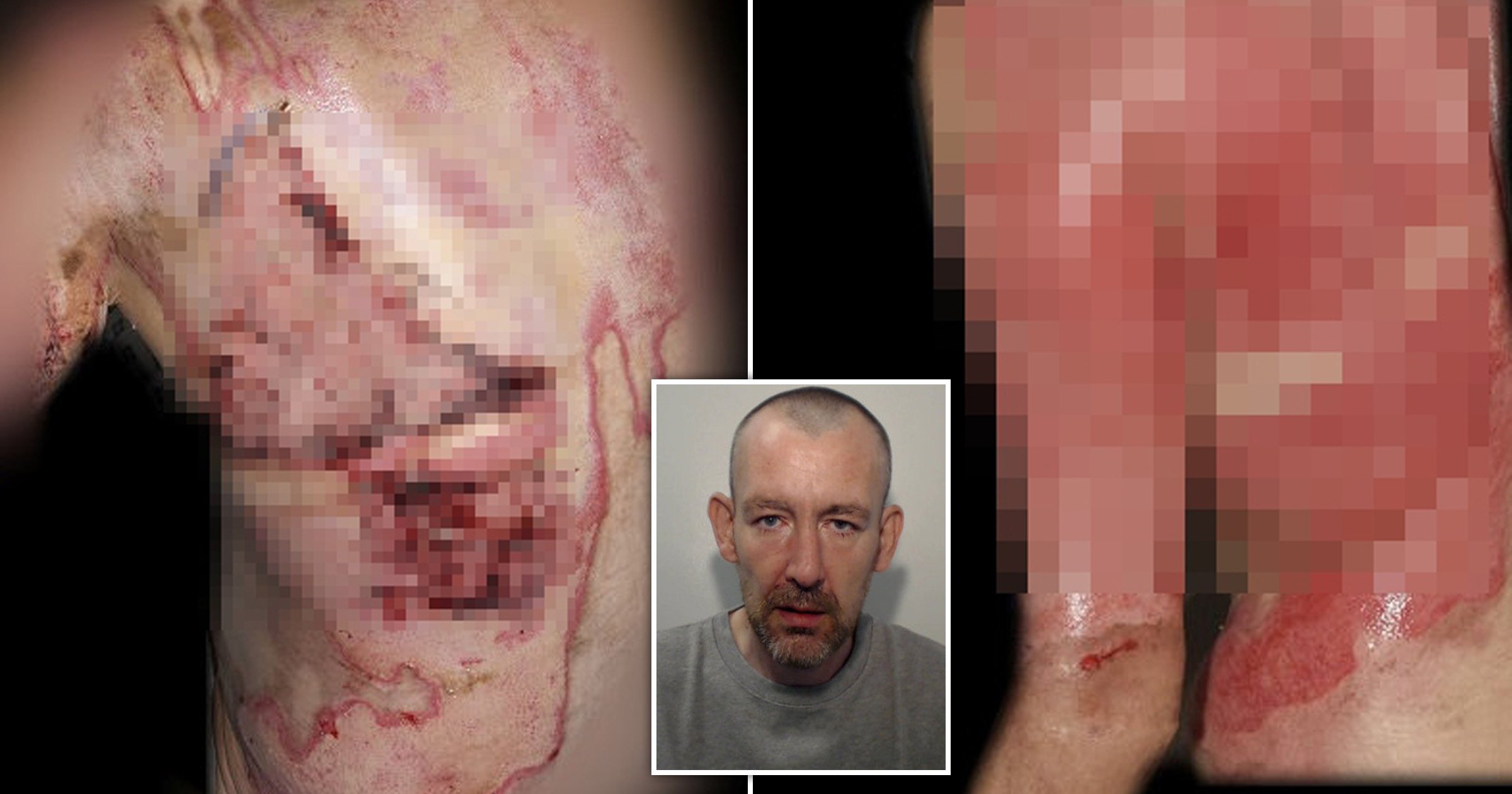 A man who left a woman with life-changing injuries after throwing a kettle of boiling water over her has been handed a 16 year sentence.

Michael Fitzgerald, 43, also stabbed his victim with a screwdriver in August last year, leaving her with permanent scarring to her back.

He was jailed today at Manchester Crown Court after being found guilty in February of two counts of grievous bodily harm and assault occasioning actual bodily harm.

Shocking pictures released after his sentencing reveal the extent of the damage done to the back and arm of the 47-year-old victim, who needed skin grafts and has been left in constant pain from the ordeal.

The court heard that at around 10.30pm on August 10, police were called by the ambulance service to a report of a domestic incident in Longsight, Manchester.

Officers found the woman had fled into a neighbour’s garden to hide from Fitzgerald before dialling 999.

She had severe burns to her back and arm and officers immediately administered first aid and quizzed her attacker, who denied any knowledge of how the injuries were inflicted.

But the truth was Fitzgerald had stabbed the victim in the leg with a screwdriver three times and had then thrown boiling hot water from a kettle all over her back after a row.

Days earlier, he had also assaulted the same woman in the street, punching and kicking her during an argument and causing extensive bruising to her leg, the court heard.

Investigators later labelled Fitzgerald, from Longsight, as a wanted man and he was tracked down by officers on August 18.

In a statement read in court, the victim said: ‘Never in a million years did I believe for one minute that Michael would do anything like this to me.

‘I can’t put into words the agonising pain I felt when the boiling water hit my body. It was the worst pain I have ever felt in my life.

‘I look at my back in the mirror and cry when I see what he has done to me. I will never be the same again.

‘I have never felt so much discomfort in all my life and some days I just don’t know how I am going to carry on.

‘At the moment I have no idea how long I will remain in pain – I can only hope it will improve in time.’

After the sentencing, detective constable Annabel Lewis said: ‘This was an absolutely horrific assault on a woman who has been left with life-changing injuries and shows the extent of domestic abuse that can occur behind closed doors.

‘This kind of violence will not be tolerated. Everyone has the right to go about their lives without the fear of being subjected to harm.

‘The victim’s bravery in this case has been outstanding since the beginning.

‘She has worked with us to ensure that Fitzgerald is brought to justice to also help protect other women from such horrific levels of violence and he will now spend the next 16 years behind bars thinking about his actions.’

Queen Camilla: Will Camilla ever be Queen?