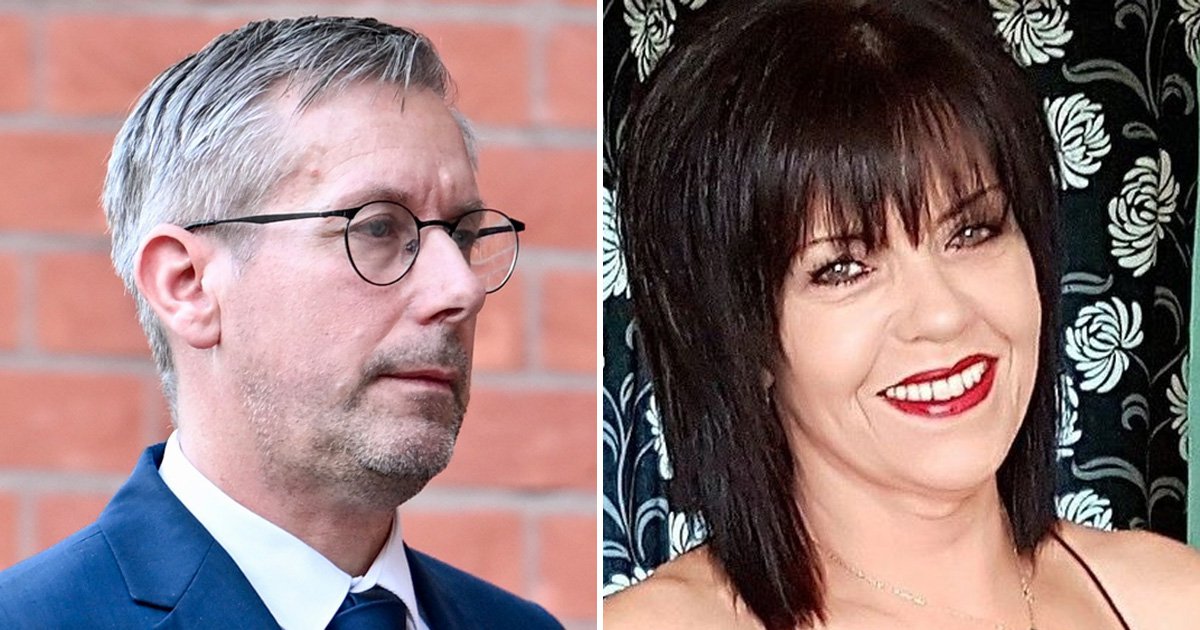 A man accused of killing his date after spiking her with powerful painkillers has denied knocking her out to have sex with her.

The pair met up for a date at Downes’ chalet in Humberston Fitties, Grimsby on April 21, 2018 – Miss Harrop was found dead in his bed the next day.

Downes claims he woke up between 4.30 and 5am the next morning and was shocked to find her lifeless body lying next to him.

He has been accused of spiking Miss Harrop’s drink or vape liquid with the powerful drug Oxycodone after a coroner’s report revealed large traces of it in her blood.

During a hearing at Sheffield Crown Court, Downes denied manslaughter, saying he had ‘no reason’ to drug her and denied having a ‘sexual motive’ to do so.

Downes, who now resides in Hatfield near Doncaster, denied ‘stockpiling’ the drug as he had some leftover from when it was used to treat his ex’s cancer.

‘The last thing I would have wanted to do was drug her,’ he told the court, stressing he ‘wanted to be cleared of all blame’.

Defence barrister Naeem Mian KC asked whether he administered or gave any form of drug to Miss Harrop.

Downes replied: ‘Absolutely not. I had no reason whatsoever to do so.’

Downes claimed he was late to phoning 999 because he was charging his two phones – though prosecutors said this was something he could have ‘just made up’.

Prosecutor Jamie Hill KC accused Downes of deleting around 24 hours’ worth of data from his phone during this time.

But the defendant replied: ‘I have no memory of deleting anything whatsoever from my phone.

‘When the police arrived, I made them fully aware of everything I knew that had happened during that date.’

Mr Hill KC said: ‘You drugged Kim Harrop, hoping just to knock her out for a couple of hours, didn’t you?’ Downes replied: ‘No, I did not.’

‘All of your concern at this stage was about yourself,’ Mr Hill said, adding Downes seemed ‘over-keen’ to find out the suspected cause of Miss Harrop’s death.

Downes also admitted he began talking to another woman just 12 hours after the death occurred and had even made arrangements to meet with her.

He told the court: ‘I was running away from the awful thing that had just happened. I had been burying my head in the sand and carrying on as if nothing had happened.’

Downes claimed he was told by the police ‘these things happen all the time’ and that people sometimes died suddenly for unexplained reasons.

‘I needed to know what had happened under my roof,’ he said.

Mr Hill asked him why he thought that he would be arrested and Downes replied: ‘I was the only other person in the dwelling.’

He claimed that it was natural that he would want to know the cause of Miss Harrop’s death so that he could be cleared of all blame.

Mr Hill asked: ‘Were you genuinely fearful of what the toxicology was going to show?’

‘No, I was not,’ Downes replied, denying that he was ‘trying to bluff his way out of it’.