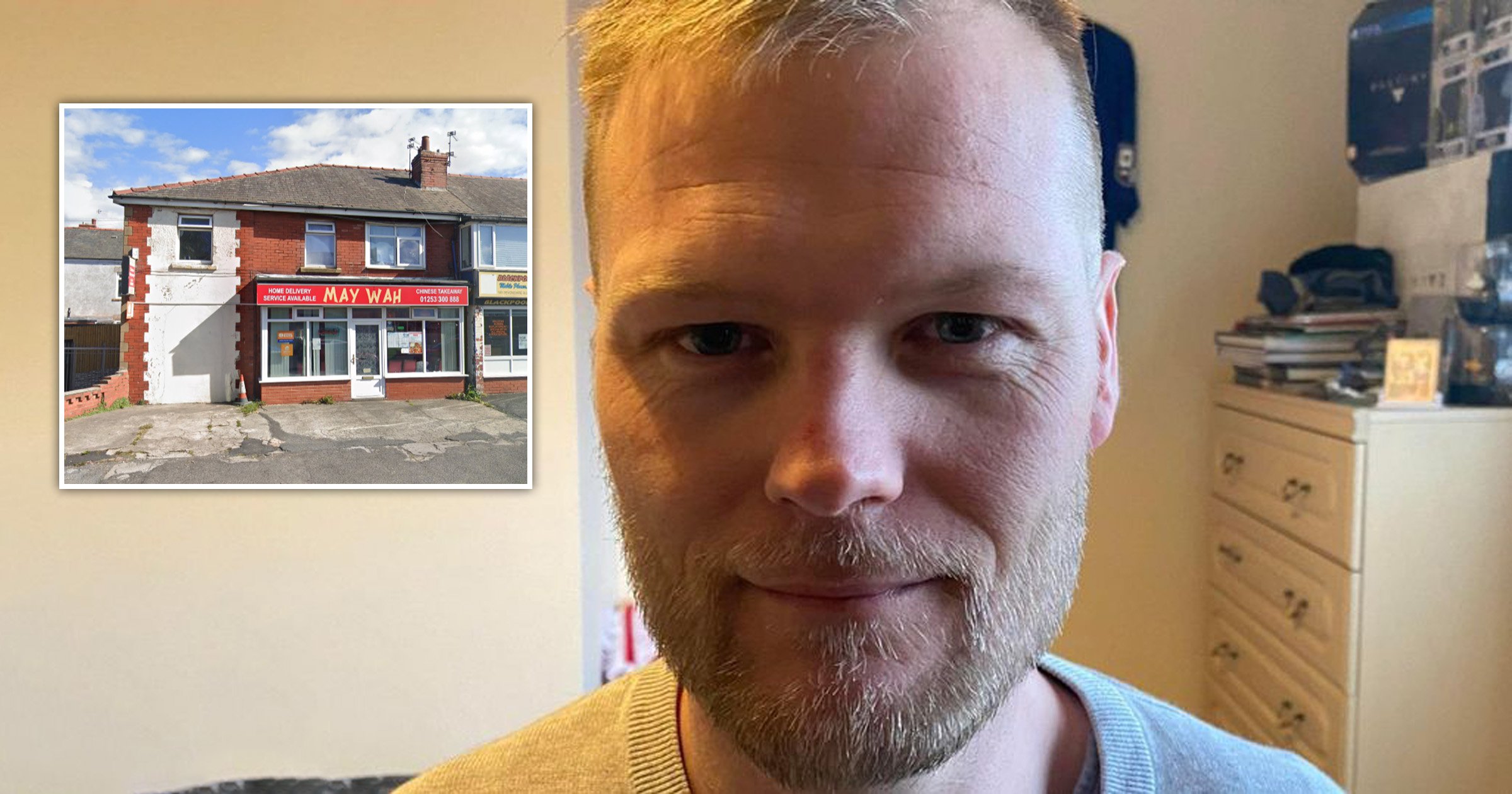 A takeaway lover was left with a rumbly tummy after he waited more than four hours for his food – but his order never turned up.

Iain Lucas, 35, couldn’t wait to chow down on his Chinese with his wife and brother, but the useless restaurant failed to deliver.

Iain said the restaurant – May Wah in Blackpool – confirmed his order multiple times – but it never turned up.

Mr Lucas ordered his Saturday night takeaway just before 8.30pm using the Foodhub app, and then two hours went by, and he still hadn’t heard anything.

Patiently waiting, Iain’s tummy was rumbling, and he said he rang the restaurant who promised him the delivery was on its way.

After raiding cupboards, and trying to find anything to help stop Iain’s crippling starvation, he decided he would just check whether his order was on its way.

Another 45 minutes went by and still no sign, so they rang up again, and he was told it would be 10 minutes.

Staff told him to compensate for their uselessness they would offer him five-star customer service and offered him free soup as compensation.

But again another 45 minutes later and they still hadn’t received anything or heard a knock at the door.

After he had run out of all other options, and decided his Saturday night couldn’t get any worse, he took it upon himself to go to find out what was going on.

But when he drove to the restaurant in Devonshire Road it was closed, and Iain was spitting feathers.

He decided there was only one way to get justice for his ruined Saturday night, and contacted his local newspaper to right a wrong.

He told the Manchester Evening News: ‘I was fuming, I was livid. This was all a massive inconvenience.

‘I’m quite a patient person but my wife, she was in fits. I kept saying to be patient, it’ll arrive, it’ll arrive so I feel a bit silly saying that now.

‘The whole time we were being really polite because when you’re speaking to them, being irate isn’t going to get you anywhere.’

A few days after Iain was contacted by staff at May-Wah who apologised for the mishap, he claims.

However, Iain said he was told by the takeaway staff no order was sent to them by Foodhub which is why his order never arrived the entire night.

Yet he was still left clueless, as he claims he asked Foodhub staff if the restaurant needs to manually confirm the order, which he said they told him they do.

But despite that the May-Wah staff still claimed they hadn’t received the order.

Iain was finally given a refund from Foodhub a few days later.

Foodhub and May Wah were both contacted for comment but they did not respond prior to deadline.

‘Ah there you are!’ Queen shows off tech skills in virtual call with New Zealand