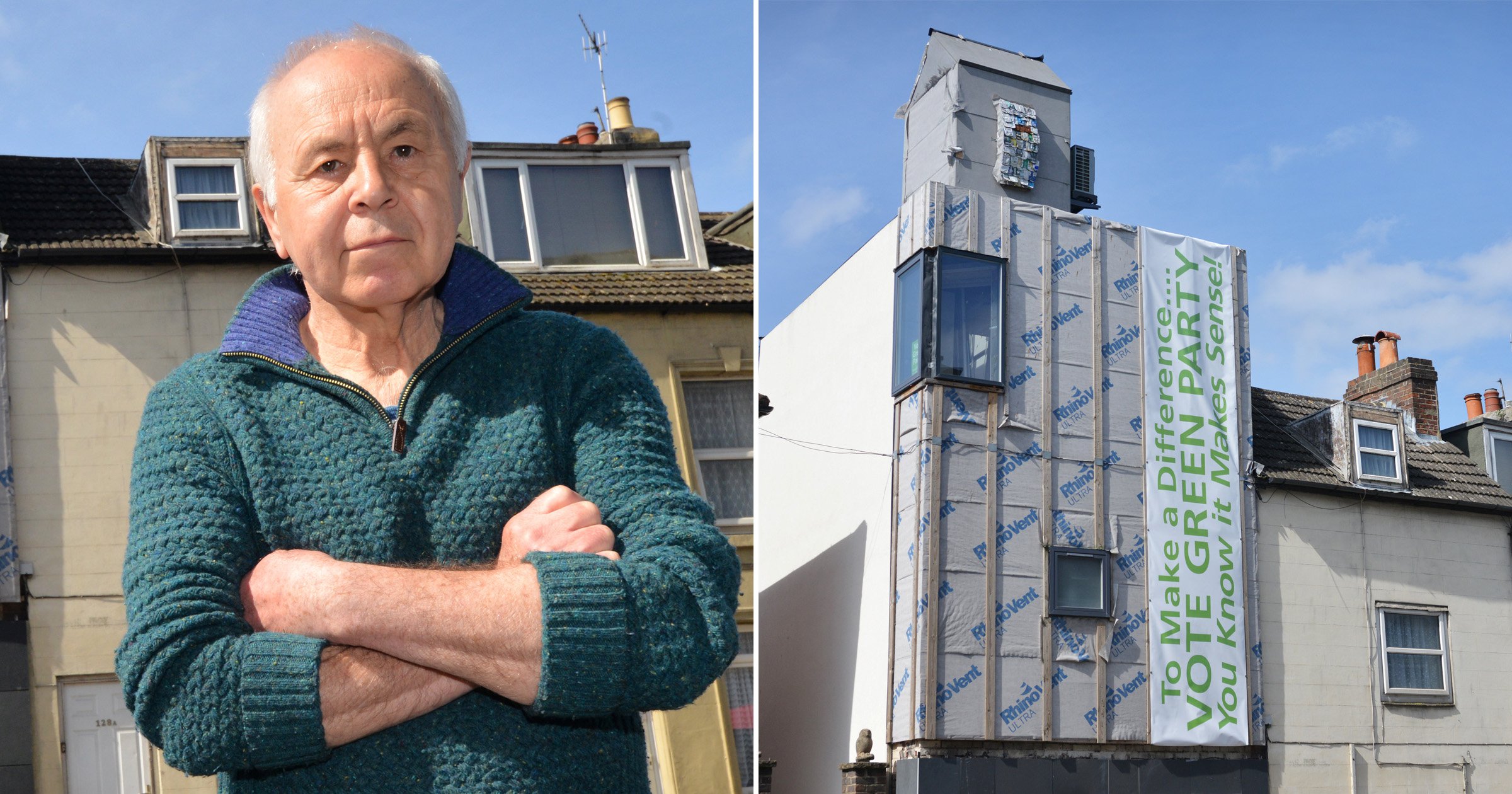 A man has been asked to remove a storey of his house after he renovated it without permission.

Ken Davis had applied to extend and alter his home on Bohemia Road, Hastings, in February last year but was denied permission by the council. He had planned to turn the property into a ‘zero carbon two bedroom dwelling’, the first of its kind in the area.

He then appealed the decision, but this was later dismissed, Hastings Borough Council said. The council claims they then discovered the work had ‘already been carried out’ on the property.

Mr Davis has since been ordered to remove the storey from the house, which he says will make it ‘lower than the original building’. He claimed Hastings Borough Council have taken a ‘confrontational approach’ with their request.

He also said the request went against warnings over climate change and the need to ‘improve the thermal performance of our building stock’, the Hastings and St Leonards Observer reported.

Mr Davis said: ‘I not only received an award from the Civic Trust for the proposal but have also had many positive comments from local people about what I am trying to achieve and, indeed, the original planning officer.

‘If someone can explain the logic of HBC’s actions against me I would appreciate an explanation, but perhaps it just fits with the same logic as building hundreds of new houses on flood plains when there are plenty of other places available.’

Mr Davis has also apologised to his neighbours or anyone who passes along the street outside for ‘the unfinished state’ of his property.

A spokesperson for Hastings Borough Council noted that Mr Davis’ application was refused in October 2020. They continued: ‘The applicant then appealed the decision however the appeal was dismissed by the Planning Inspectorate.

‘As the application which was refused included works that have already been carried out the Planning Enforcement Team are now pursuing the matter.’