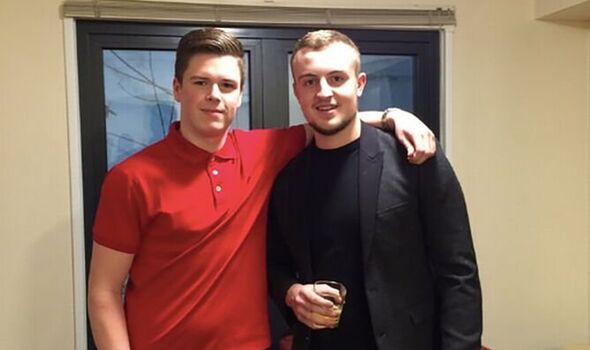 Stefan White is the co-owner of Bier Company along with his best friend, Tom Renshaw. The online company, which stocks craft beers from breweries across the UK, has seen the pair rake in an incredible £10m in revenue.

Whilst his peers were watching the Disney channel, he watched Dragon’s Den.

“I used to think the Dragons could save you,” Stefan says, of how the multimillionaires had the power to change people’s lives.

Stefan and Tom’s remarkable rise came after they graduated from university. They set to work making their beer snacks empire a reality.

Each day, they would pick a London borough and pound the pavement all morning knocking on independent pub doors trying to sell their product – like scenes out of BBC’s The Apprentice.

By the afternoon, they would make calls to pub groups, and by 3pm, start shifts working in bars as kitchen porters and bartenders, finishing at 2am.

Their breakthrough was with Stonegate Group, which put their flavoursome snacks into 300 of their pubs, which then landed them in other chains, growing from zero to 2,000 pubs in nine months.

But disaster struck in March 2020 as the Covid pandemic hit, locking down pubs, losing the duo 95 per cent of their revenue stream and forcing them to rethink their strategy.

Drowning their sorrows in supermarket beers, Tom had a lightbulb moment and suggested expanding into craft beers online, creating “care packages” for customers to help them through the pandemic.

Initially, this was a 12-week project while pub doors were closed, but packages were flying off the shelves following the release of their hit “Super Dad” gift box for Father’s Day – which sold out in 10 days.

Two years later, Bier Company – an online shop stocking craft beers from breweries across the UK, paired with their signature own-brand Bier Nuts and Bier Crisps – has generated a whopping £10million in revenue.

The idea for the business came about after a trip to Bulgaria.

The uni friends turned business partners now have their sights set on further expansion into Europe and the US.

“This business will be the first name that pops into your mouth when you talk about craft beer,” Stefan assures.

“It’ll be the brewery once we launch that, the snacks, in pubs, online presence, draft beer dispensers in your homes.

“This business will be everything. Currently, that’s Brewdog – but it won’t be in five years’ time.”

Stefan said that his next mission in life is to bring back Fir Tree pub in North Reddish, Stockport.

The once “thriving” pub was knocked down to make way for a supermarket, which left locals devastated.

He said: “I grew up right next to the Fir Tree pub, that was where I had my first pint.

“But it was knocked down for a Lidl. The plan is that hopefully in the future I have enough money to rebuild the Fir Tree pub.”

Showmanship, and Conflict, as Darts Goes From Smoky Pubs to TV Spectacle