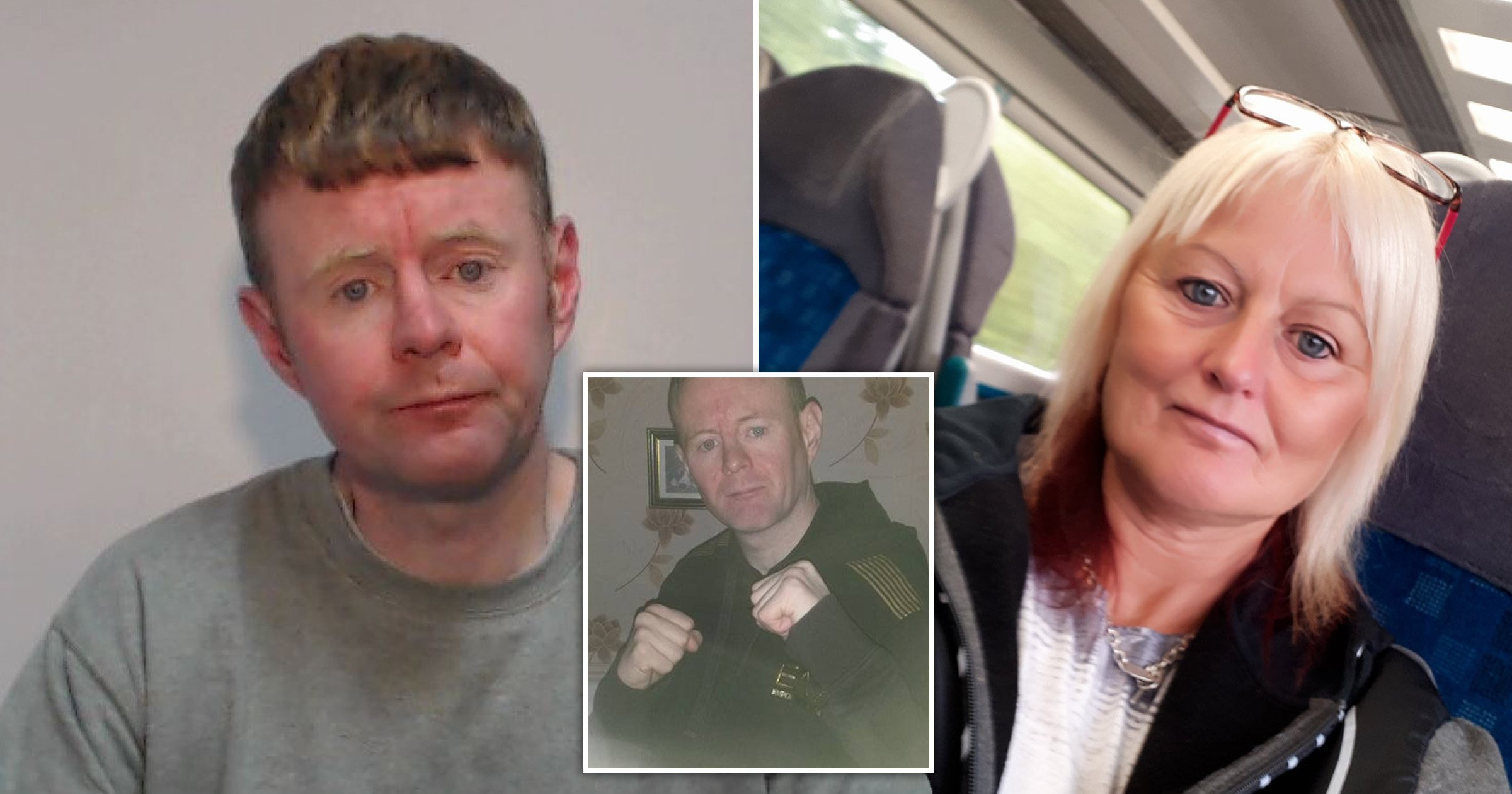 A dad-of-four left his own mum living in fear after regularly hurling abuse at her and breaking a restraining order.

Mark Price of Audenshaw, Greater Manchester, was arrested after he swore and hurled a Pot Noodle on the floor when he was invited over to his mum’s house for tea.

The unemployed 39-year-old had been asked to see his mum after he turned up at his grandad’s house to watch the UEFA Champions League on TV on August 8, 2020.

Dawn Lees then invited her son over, but things turned sour when an argument broke out and Price became aggressive.

He started swearing and dared his 59-year-old mother to ‘call the f*****g police’ while refusing to leave, as she dialled 999.

Police discovered Price, who has a crack cocaine and alcohol problem, had repeatedly ignored a restraining order imposed in 2018 which banned him from contacting Mrs Lees – although it is thought she had since tried to mend their fractured relationship.

In a statement, Mrs Lees said: ‘I have been suffering with Mark for the last four years.

‘I am scared of things that have happened in the past. I am nearly 60 and I do not need this.’

At Minshull Street Crown Court in Manchester, Price admitted breaching a restraining order and was jailed for a year.

Prosecuting, Brendan O’Leary said the case had a ‘torturous history’ as he detailed the events of August 8.

He said Price had not believed his mum would call the police on him, and left the property ‘still in disbelief that she had’.

Defending, Thomas McKail said: ‘The history of this particular order with his relationship with his mother is linked to not having a stable address for the past few years. There has been continual contact but he accepts his behaviour is not appropriate.

‘In this case he was at his grandfather’s address and his mother invited him to her address.’

McKail said the breach of the restraining order was ‘towards the lower end of the scale’ and was ‘a brief incident’.

He added: ‘He is remorseful. He has four children with his ex-partner. He has a crack cocaine addiction and alcohol dependency which is one of the reasons for his offending.’

Judge Tina Landale told Price he was being sentenced on the basis that he was invited to his mum’s, but that he refused to leave when repeatedly asked to.

She said: ‘You became aggressive when she called the police and you tipped a pot noodle on the floor. She is frightened of you.

‘The cumulative impact of breaches on a court order to protect her and her partner should not be underestimated.

‘This is very serious indeed. Your actions were at a total disregard of the court order and you are at a high risk of causing further violence.

‘This is a persistent breach, and it is clear you have a blatant disregard to court authority.’