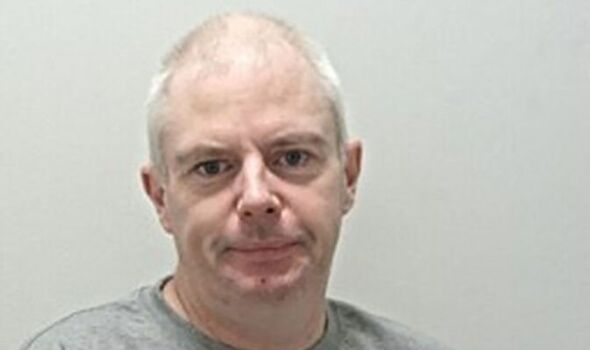 Police were called at around 4.35pm on Saturday, January 1, to reports of a sudden death at an address on Eccleston Road, Blackpool, reports Lancs Live.

When emergency services arrived, they found the body of a man who was later identified as 76-year-old Mr Frary. He was pronounced dead at the scene.

A post-mortem determined the cause of death was strangulation.

Detectives launched a murder inquiry and were quickly able to link Dunne to the crime.

Officers discovered Mr Frary had given a woman, a family friend, a lift to work in his car around 5.40pm on December 31.

Dunne, who knew the woman, was also in the vehicle, a Vauxhall Meriva.

Once the friend had been dropped off, Mr Frary drove to Eccleston Road, with Dunne.

Later that evening, at 6.20pm a neighbour saw Dunne knocking on the front door of Mr Frary’s property.

Ten minutes later, the Vauxhall Meriva was seen on CCTV being driven away at speed

CCTV showed a man, believed to Dunne, walking on Ventnor Road and Horncliffe Road, in the direction of Woodstock Gardens. 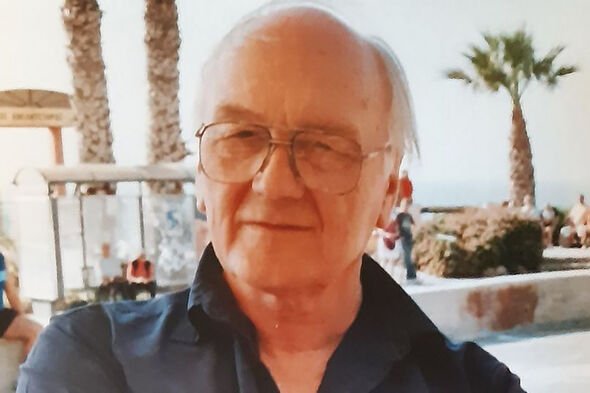 The next day, Mr Frary’s body was found inside his address.

As officers continued their enquiries, they later found the missing Vauxhall in Woodstock Gardens on January 2.

The vehicle had been there since New Year’s Day.

A search of the area on Horncliffe Road found a wallet, containing Mr Frary’s driving licence and a pair of black gloves, in a street drain.

A green mobile phone, belonging to Mr Frary, was recovered from the train tracks next to Ventnor Road and the junction with Horncliffe Road.

Around 7ft away from the phone, officers found a drawstring from Dunne’s jogging bottoms.

A distinctive camouflage jacket, belonging to Dunne, was also found on the tracks.

Dunne was arrested and claimed Mr Frary had taken him to a friend’s house, where he spent the night. He said he had no knowledge of how Mr Frary had died.

When the evidence was put to Dunne, he refused to comment. The 44-year-old was later charged with murder.

Following a hearing in court, he pleaded guilty and was given a sentence of life imprisonment with a minimum term of 19 years.

Detective Chief Inspector Lee Wilson, of the Blackpool CID, said: “Dunne’s actions were cold, calculated and wicked, he sought to lie and twist the facts repeatedly during the course of the investigation and never showed any remorse or contrition for what he had done.

“Throughout, he thought only about himself and told lie after lie in an effort to frustrate the investigation and court process.

“Only at the eleventh hour, with nowhere left to go with his lies, did he finally admit Mr Frary’s murder.

“He will now have a very long time to contemplate the enormity of his actions and the upset and anxiety he has caused for Mr Frary’s family and indeed his own loved ones.

“I should like to thank all officers involved in the investigation, our colleagues in the CPS, in particular, Ms Katie Marsden and Queens Counsel Mr David Temkin for his expert presentation of the case before the court.

“We welcome the sentence handed down by the court and hope this gives Mr Frary’s family some closure as they move forward with their lives, the Judge paid tribute in court for their bravery and dignity in support of the proceedings and I, of course, echo those welcome comments.”

An inquest into Frary’s death opened on Thursday, June 30, but was then suspended pending the outcome of the criminal proceedings on July 1.

Speaking at the opening of the inquest at Blackpool town hall, Senior Coroner Alan Wilson said: “Mr Frary’s son has attended his father’s address on the first of January and had entered the property and found his father deceased.

“He contacted police due to concerns about the situation and this prompted a full police investigation and in due course the need for a forensic Home Office post mortem examination was considered.”

Mr Wilson added that the Crown Prosecution Service had instigated criminal proceedings and said that in relation to Malcolm Frary, a man named Ian Dunne had been subsequently charged with his murder.

Family members were not at the inquest hearing and were aware of it, he added.