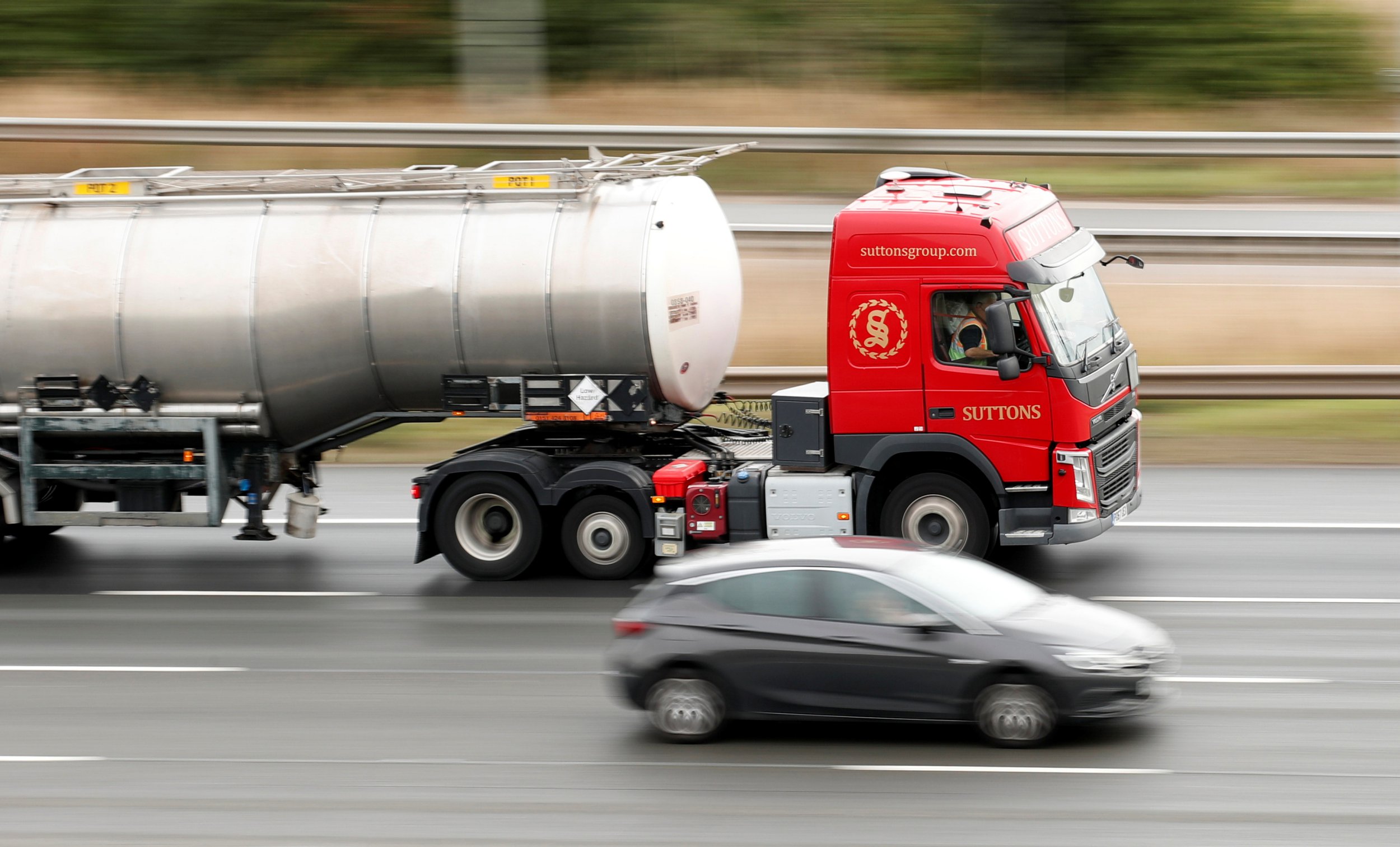 A tanker driver was tailed by around 20 cars on a dual carriageway, only for them to discover he wasn’t even transporting fuel.

Johnny Anderson was driving 44 tonnes of cement to a building site in Northamptonshire when he started to grow suspicious he was being followed.

He noticed tailbacks of around 20 cars behind him, with no one overtaking. But all were left sorely disappointed when they discovered where the tanker was actually going.

Johnny said one driver even challenged him when he realised his final destination was not a petrol station.

‘The man at the front… actually said “You could have stopped and told us you weren’t a petrol tanker”‘, he told the BBC.

Motorists have faced lengthy queues to fill up for more than a week with at least a quarter of all petrol stations still dry.

Despite repeated reassurances that the situation is improving, drivers are continuing to panic-buy and there are signs shortages are actually getting worse in some areas.

Mr Anderson, who drives for Weaver Haulage, was delivering to a housing development in Overton on Thursday.

When he turned into the road that would take him to the site entrance, all the cars followed him.

Reaching the site three-quarters of a mile later, he said he heard car horns honking.

Mr Anderson said: ‘The man at the front wound down his window and asked me which petrol station I was going to.

‘I couldn’t believe it… I just went full McEnroe and said “You cannot be serious!”

‘Then the bloke behind asked me where the nearest petrol station was. It just beggars belief.’

Mr Anderson warned that although he found the incident ‘quite funny’, if the drivers had been tailing a petrol tanker, then the police may have been called.

Petrol tanker drivers are trained to call for help if they noticed they are being followed.

Driving a tanker is already ‘quite a pressurised job,’ said Mr Anderson, so ‘following them puts extra pressure on drivers already under pressure without having to worry about absolute morons.’

First in the queue! Britons could get Pfizer Covid jab BEFORE the US as NHS on standby