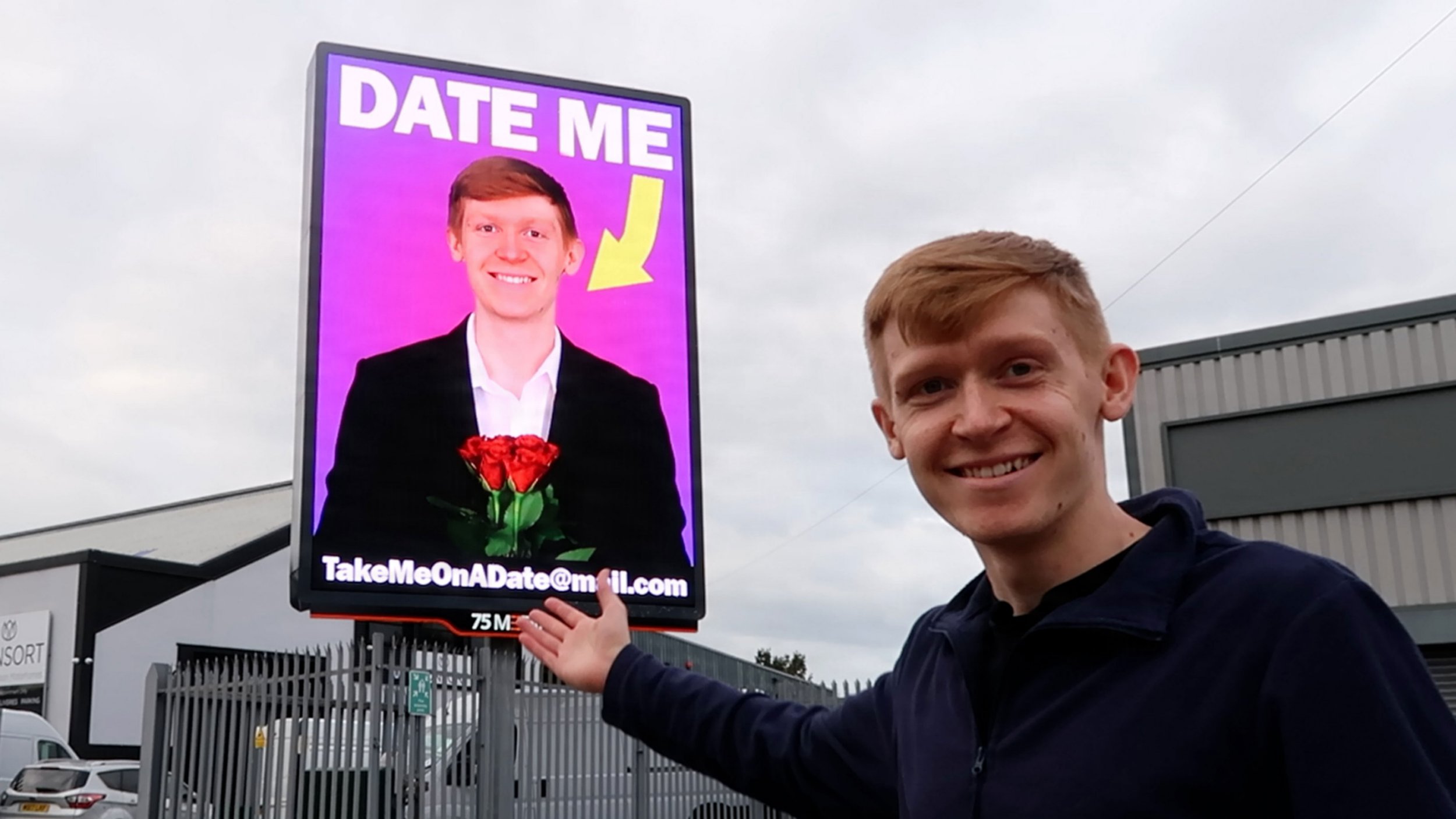 A man who’s never been on a date before has splashed his face on a billboard in an effort to find love.

Ed Chapman, 23, from Leeds, has been single his entire life despite years of trying out the go-to ways to find love, such as dating apps or going out to bars.

So the content creator decided to take a page from many a single man’s playbook and promote himself on a giant billboard in Leeds instead.

The billboard has an email address for people to reach out to him. And they say romance is dead.

Ed said: ‘I reached an age where I thought I at least should have been on one date before.

‘But I’ve been single for all of my 23 years and I’m ready to find someone to hopefully be in a relationship with.

‘I had tried some dating apps, but it didn’t go well for me at all, so I decided I needed to try something different and thought having my own billboard would be a good way of meeting people.’

Ed said the billboard is already paying off having received a ‘few messages’ from women between the ages of 18 and 48, which is a rather specific age range to say the least.

He actually received a message from a potential suitor the first day the billboard, which is on on the M621 on the way into Leeds, went live.

All the women so far have told Ed the billboard was a ‘great idea’ that gave them a chuckle.

‘They also thought it was great I was putting myself out there and is what they’re looking for in a potential partner,’ Ed added.

‘I’d love a relationship and I’m looking for something long-term.’

But Ed only gets one week to try his luck with the billboard after advertising agency 75media was the only company to give him the go-ahead.

‘There are four women who I’ve been speaking to and they’re all keen to go on a date with me. I’m looking forward to arranging my first dates with them,’ he said.

‘It’s really exciting and a sign there’s something positive to come.

‘I’m obviously a little bit nervous to go on my first ever date, but it should be good.’

So after more than two decades of being single, what’s Ed’s dream date?

Mini-golf and a drink, apparently.

He said: ‘It’s a great sign people have been in touch with me and shows me it’s not going to be doom and gloom forever in regard to my love life.

‘My family were really surprised I’d done this. I didn’t tell them about it at first. They found out through other people, so it was a shock.

‘They thought it was funny, but they’re happy I’m trying to find someone, even if it’s in quite an unorthodox way.’

Rush Hour Crush – love (well, lust) is all around us

Tell us about your Rush Hour Crush by submitting them here, and you could see your message published on the site.