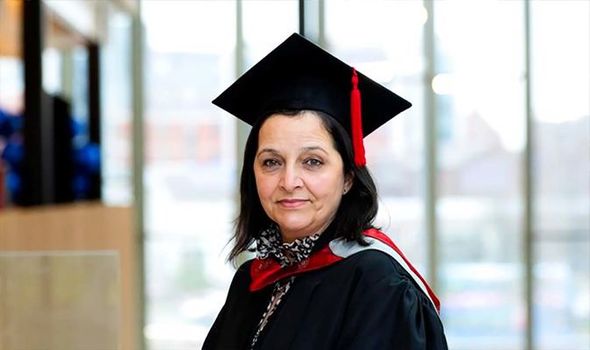 Martyn, 29, was among 22 people killed by suicide bomber Salman Abedi at an Ariana Grande concert in May 2017. His mother, Figen Murray, publicly forgave Abedi after the atrocity and campaigned for “Martyn’s Law” to make improving security a legal requirement in public places. She has now completed her degree with a distinction from the University of Central Lancashire (UCLan).

Figen, 60, had to juggle studies with attending the trial of Abedi’s brother Hashem ‑ jailed for at least 55 years last year for his role in the murders.

Dedicating the degree to her son, she said: “Martyn would be very proud of me, but I know he would tease me if he saw my cap and gown.

“I had this massive urge to understand terrorism. I had a million-and-one questions about it.

“I didn’t understand why people would be so angry to resort to blowing themselves up and take others with them.”

Figen resolved to begin a two-year degree course after giving a talk to (UCLan) students about the dangers of online radicalisation.

She said: “I naively thought it just happens mainly in the States with all the school shootings, abroad in major cities and in London.”

Hashem Abedi’s Old Bailey trial began as Figen was in the middle of her studies.

She said: “I would be attending lectures and then getting on the train to London. I would be writing my essays on the journey.

“When there was a break in the hearings, I would find somewhere to continue my writing.”

Figen, from Stockport, who last embarked on studies more than 20 years ago, said her biggest challenge was coping with the technology.